Inadequate resources place students of color in the the poorest schools at a significant disadvantage - a direct consequence of how schools are funded. 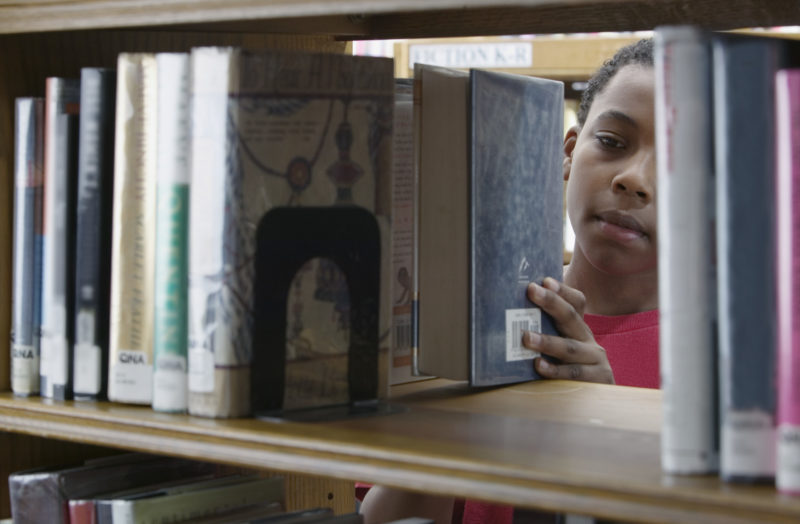 It’s not surprising that school libraries and media centers are underfunded and the number of library and media specialists working in public schools is on the decline. What’s alarming, however, is how race factors into school library shortages.

A new study by NEA confirms what has long been suspected: the number of school libraries and media centers over the past decade has changed with the economy, declining with the downturn but failing to reopen as the economy recovered.

NEA conducted a detailed research study of public school library/media centers in all 50 United States and the District of Columbia. The study provides specific information at district, state, and national levels on trends in library/media center growth, staffing and staff qualifications, number and availability of resources (including new technologies), and accessibility and usage of facilities.

The study shows clear evidence that disparities in school resources have formed along racial lines. Even among the poorest and most disadvantaged schools, there are differences in access to resources which place ethnic-minority students at a greater disadvantage” -Kathy Tuck, National Education Association

Beyond staffing levels, inequities are also found in library materials available for student use. Libraries in the poorest schools as well as special education schools and alternative schools are less likely to have modernized catalogue and circulation systems. The poorest schools have had the smallest increase in the number of book titles since 2007, and the increase in titles for inner city schools is one-third the size of increases in other communities. While nearly all (96.6%) library/media centers have computers, the number of computers per schools drops substantially as school poverty increases to the highest level—from 22 to 14 computers.

While the national average for weekly visits to the school library/media center is about one visit per week per student (or 100 visits per 100 students), fewer of the poorest students and students in special education and alternative schools visit each week—80 out of 100 students. Consequently, about 20 percent of the nation’s poorest and special needs students do not visit a library weekly.

What’s more, the poorest, mostly white districts have up to nearly 8 times more librarians per students than the wealthiest, high-minority districts.

The research seems to indicate, says Tuck, that if schools in the poorest, mostly white districts are better resourced than even schools in the wealthiest, high-minority districts, there would seem to be factors beyond funding formulas and district property taxes in play.

“Inadequate school resources—particularly library resources—is a direct consequence of school budget constraints which are tied to the larger issue of how schools are funded,” Tuck says. “The trends found in this study are similar to those found in other studies on school resources—poor, high-minority schools generally have the least access to instructional resources.”

For example, a study last fall of 500 Pennsylvania districts found that at any given poverty level, districts with the most white students get substantially more funding than districts with more minority students. No matter how rich or how poor the district in question, funding gaps existed solely based on the racial composition of the school. The simple fact of an increased presence of minority students actually deflated a district’s funding level, found data scientist David Mosenkis who authored the report.

“The ones that have a few more students of color get lower funding than the ones that are 100 percent or 95 percent white,” he told The Atlantic.

States and districts have wide leverage in establishing and implementing school funding policies, and in cases where there are obvious disparities between the needs of districts, there is still unwillingness by some states and districts to increase the level of support through local, state and federal aid.

Pennsylvania is also one of the only states in the country that hasn’t had a specific formula in place for distributing government aid to its districts.

Since high-minority status schools tend to be located in the poorest communities with the least amount of property tax revenue to fund schools, they are more dependent on funding from state and federal sources. But states vary widely in how they fund schools, and they have wide latitude in how they distribute funds from the federal government. Even some states, like Alabama—which has some of the poorest communities in the country, such as Sumter County—do not provide their districts with any supplemental funds.

Their Day in Court?

Many districts across the country have resorted to lawsuits against their state Department of Education and charge that the state’s system of funding is unfair and, in some cases, racially discriminatory.

“But even when successful, such suits still may not bring relief for the district, such as in Sumter County where a federal judge found fault with Alabama's funding system in an 800-page opinion but also found the county was not entitled to relief from the court,” says Tuck.

But in some cases, they will -- like in a recent lawsuit in Connecticut where the judge’s ruling admonished the state for not using a sensible approach to funding poor school districts and gave the state 180 days to develop a new school funding plan.

Still, successful litigation and judgment awards such as this do not guarantee an increase in state funding for poor, high-minority school districts. There is still a steep climb to make before funding recovers from the Great Recession. A recent report from the Center on Budget and Policy Priorities found that after nearly a decade, 23 states continue to fund education at recession-era levels.
What You Can Do
Educators and communities must work together to advocate for more funding and demand that it be more equitable. To find out how you can get involved, visit NEA’s Legislative Action Center.