Teens' enthusiasm for the First Amendment is at an all-time high and regular news consumption and classroom teaching are driving the change. 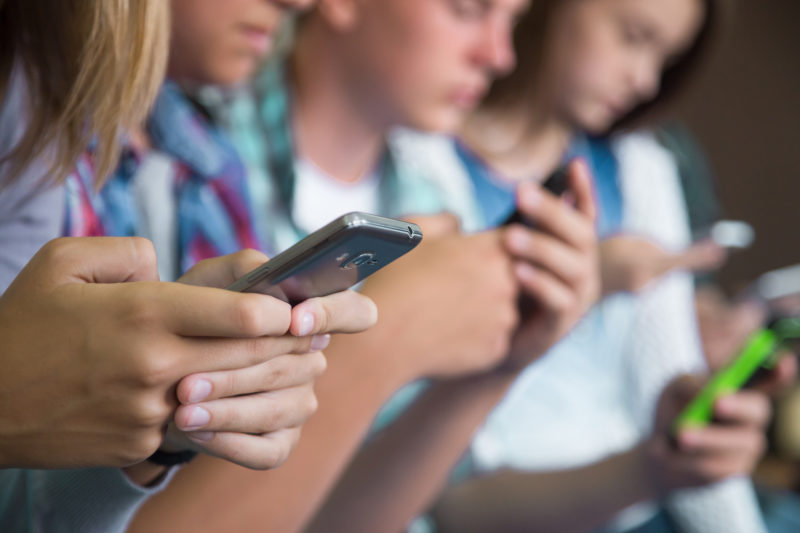 While your average 13-year-old may not have much of a clue how a bill becomes a law or what the separation of powers refers to, American teenagers support for the First Amendment has never been stronger, according to a new survey by the Knight Foundation.

The national study of 11,998 high school students and 726 teachers - the sixth such survey the Foundation has conducted since 2005 - found that 91 percent of students said it was important to be able to “express unpopular opinions,” up from 83 percent who felt that way in 2004. First Amendment support is highest among students who had a class that dealt with the First Amendment and used digital media on a regular basis.

"This year’s study paints a very favorable picture of the future of the First Amendment," said Kenneth Dautrich, author of the report and president of The Stats Group. "Today’s high school students are more supportive of free expression rights than any we’ve surveyed in the past."

This enthusiasm is not without its limits, however. Students backed away a bit in their support when it comes to offensive words and bullying. Only 45 percent believe speech intended to offend people should be protected and even fewer students (36 percent) support speech that could be considered bullying.

Breaking down by demographics yields some interesting, if not particularly surprising, results. Male students were 10 percent more likely than female students to support protections for offensive speech. By the same margin, White students were more supportive than Hispanic and Asian students of these protections. This discrepancy increased to 20 percent with Black students.

The gap between student support and adult support has narrowed over the past decade. (See graph below)

Probably the most useful data point for social studies and media literacy teachers is this: support for the First Amendment is strongest among those students who actively engage with the news across all platforms.

"The most supportive students are ... those that regularly see First Amendment freedoms play out as producers or consumers of information,” said Dautrich.

For those students who read, share, and comment on news on social media, the support for the First Amendment was particularly high (71 percent).  For those who don't, the number drops to 56 percent.

This discrepancy also applies to traditional news sources. Stronger support for "expressing unpopular opinions” can be found among among students who read print newspapers often (69 percent) than those who rarely read newspapers (57 percent).

"This correlation supports the notion that more exposure to news and information only builds knowledge, and that familiarity builds a better sense of the value of those five freedoms – religion, speech, press, assembly and petition – to our nation," wrote Gene Policinski, chief operating officer of the Newseum Institute and senior vice president of the Institute’s First Amendment Center.

Where Students and Teachers Diverge

Students in general are less concerned about privacy than adults. Only 31 percent of students were worried about the privacy of the information they posted on the Internet, compared to 65 percent of adults.

Students are much more likely (26 percent) to trust regular individuals than professional journalists to report on news events. Only 11 percent of teachers say the same.

Furthermore, the majority of teachers believe the First Amendment rights should not apply to school activities, including student content. For example, 61 percent of educators believe that students should not be allowed to report on "controversial issues" in student newspapers without the approval of the administration. Sixty-six percent say that students should not be allowed to express their opinions about school staff on Facebook without penalty.  Not surprisingly, only 26 percent of students agreed with that statement. 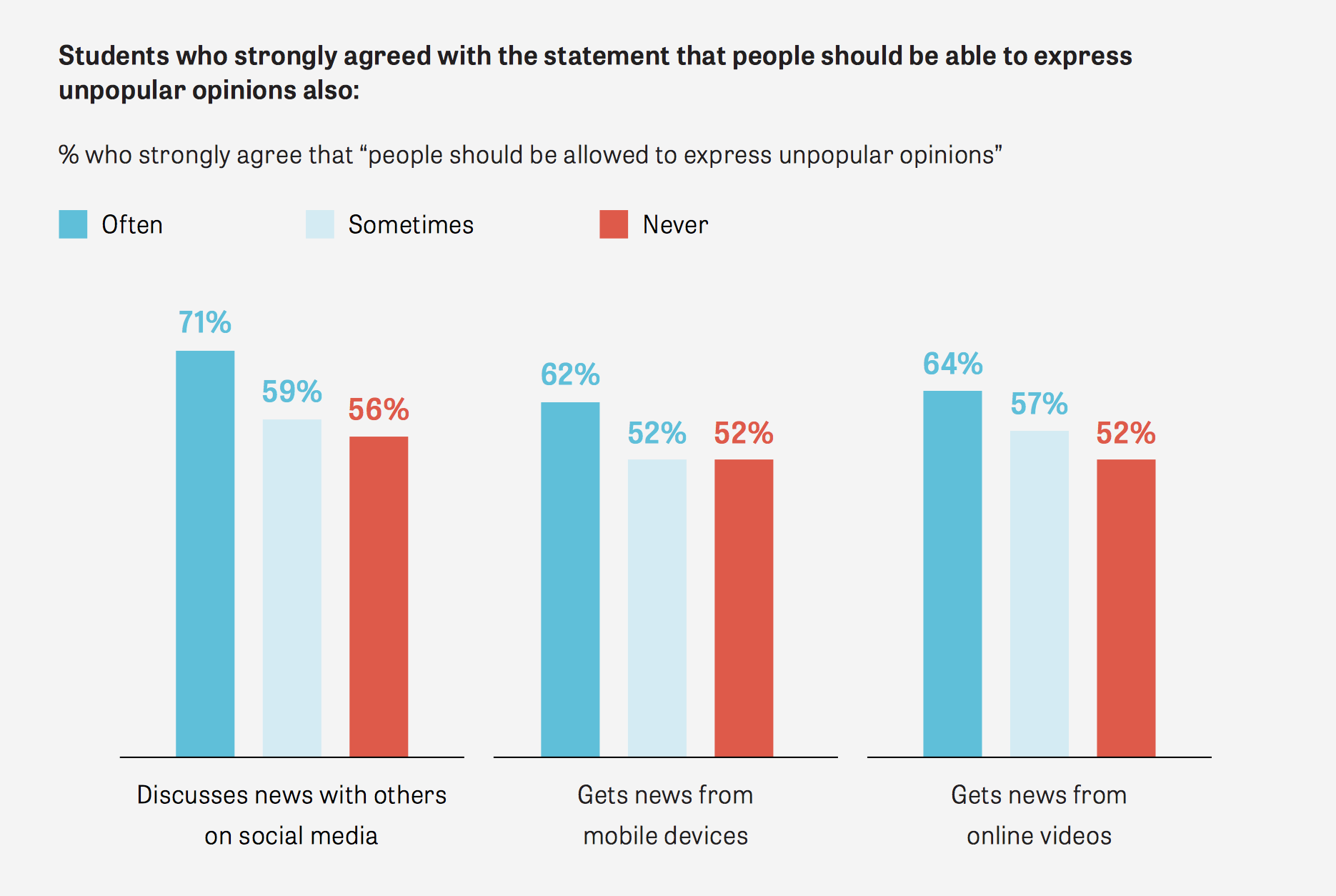