In 4-3 vote, the Court allows public and private universities to continue providing students the benefits of learning in an integrated and diverse student body. 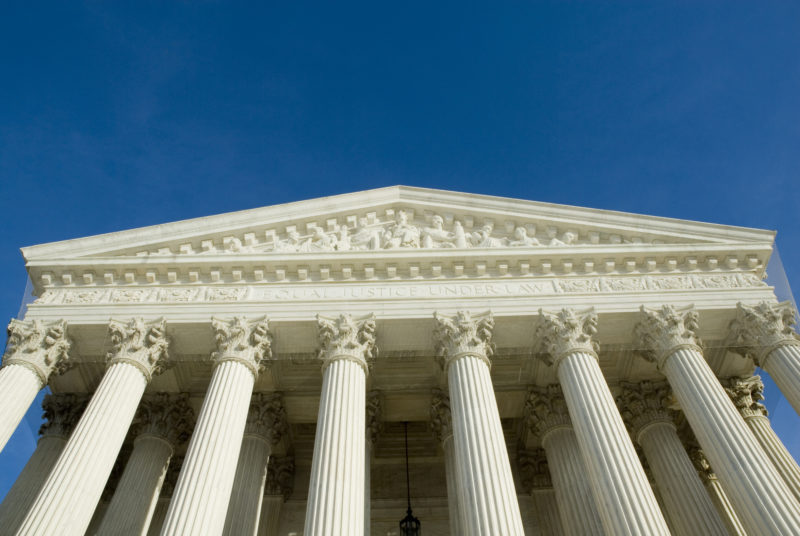 The U.S. Supreme Court on Thursday upheld the University of Texas’ (UT) race-conscious admissions program, a decision that allows public and private universities to continue providing students the substantial benefits of learning in an integrated and diverse student body.

“We are profoundly gratified by this decision because the long-term benefits set in motion by programs like the one at the University of Texas, Austin have such a real and profound impact on the way society functions,” said NEA President Lily Eskelsen García. “Our institutions of higher education need to continue to be able to use such programs, which provide a crucial foundation for achieving true equality throughout our society.”

By a vote of 4-3, the Court upheld the decision of a lower court in the case, known as Fisher v. the University of Texas at Austin. In writing the majority opinion, Justice Anthony Kennedy specifically said that UT must continually assess its need for race-conscious admissions, but also that race-conscious admissions as applied so far by UT is “meaningful.’ He was joined by Justices Ruth Bader Ginsburg, Stephen Breyer, and Sonia Sotomayor. In his 50-page dissent, Justice Samuel Alito called the decision, “remarkable—and remarkably wrong.”

But what’s really wrong, points out Eskelsen García, is that there still exist wide gaps in opportunities, depending on a student’s race. “We do not live in a color-blind society, and race still matters,” she said. “When it comes to public education — whether it’s preschool or graduate school — racial classifications continue to carry great weight. If we’re serious about ensuring every child has access to a great public school, no matter his or her ZIP code, then we must uphold diversity programs because there is no question that they serve a compelling state interest.”

The Benefits of UT’s Practices

The case was set in motion nearly 20 years ago, in 1997, after the Texas legislature passed a law requiring the University of Texas to admit all high school seniors who ranked in the top 10 percent of their high school classes. This Top 10 Percent Law, which is race-neutral, fills most freshman seats—but to fill the remaining spots, UT began looking at a number of factors, including work experiences, extra-curricular activities, demonstrated leadership, and “special circumstances,” which may include family income and race. These more holistic considerations are common in university admissions.

In 2008, when Abigail Fisher, a white Texan who was not in the top 10 percent of her class, applied and was denied admission, she sued UT, saying that the university had practiced racial discrimination.

The aim of UT’s race-conscious admissions practices is to matriculate a “critical mass” of minority students so that all students at UT can reap the benefits of a diverse student body. These benefits include, “promot[ing] racial acceptance, improv[ing] academic performance, and foster[ing] a robust exchange of ideas,” wrote NEA and its partners, which included the American Federation of Teachers, the Service Employees International Union, and others, in a amicus brief filed with the Supreme Court. Diverse schools also help prepare students to work in increasingly diverse workplaces.

“This is not made-up, stars in our eyes kind-of stuff,” said Eskelsen García. “There is empirical evidence that affirmative action fosters a type of racial harmony that works to combat persistent inequality. The Supreme Court today agreed that institutions of higher education can make the judgment that they will heed that evidence and carefully craft policies that will yield truly diverse student bodies.”