In 5-4 decision, justices discard decades-long precedent, side with corporate interests determined to destroy unions and rig the economic system. 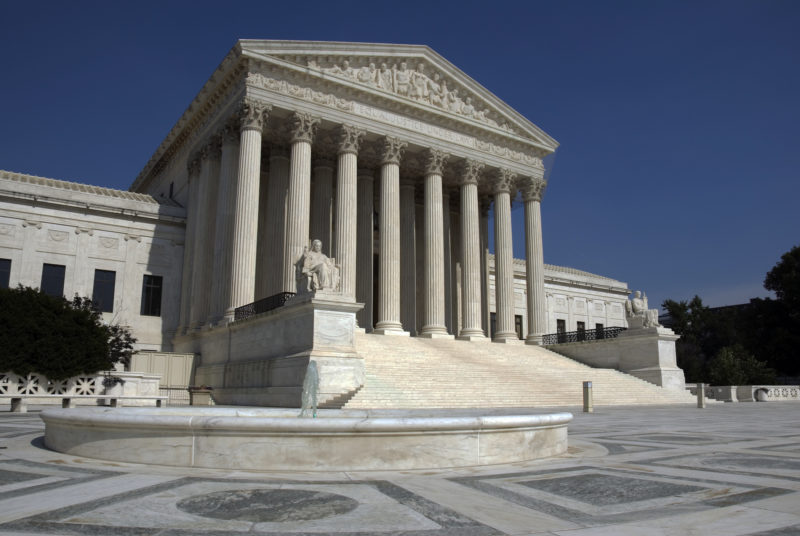 The collective voice of American workers was undermined today by the U.S. Supreme Court’s ruling in ​Janus v. American Federation of State, County and Municipal Employees.

In a 5-to-4 decision, which casts aside decades of precedents and laws, the court has eliminated a public-sector union’s ability to collect “fair share” or “agency” fees from workers who choose not to join as union members but are still protected by union agreements. The ruling undermines the ability of educators to come together and bargain collectively on behalf of students.

“A strong union and collective bargaining agreements are what help to ensure students receive the tools and resources they need to succeed in school and in life,” says NEA President Lily Eskelsen García. “We’ve seen it in the resources available to our students, and we have felt it in our paychecks.”

The ruling comes in a case that has been bankrolled by corporate interests wanting to rig the economic system further in their favor while robbing teachers, education support professionals (ESP), higher education faculty, corrections officers, sanitation and other workers of the freedom to join together to earn a decent living, provide for their families, and advocate for the needs of students.

“All over the country, they are cutting funding for arts and PE, up-to-date textbooks, recess, and class sizes that allow for one-on-one instruction,” says Eskelsen García​. “Many of our schools have faced serious funding cuts that are likely to grow even worse.  Collective bargaining has been a critical tool to push back against these cuts and demand the resources our students deserve.

Fair-share fees help cover the cost of union representation and bargaining services that support high quality public schools and benefit employees by ensuring that their union can strongly advocate for them. This court decision comes as millions of American workers recommit to their unions and launch new organizing drives, and as support for labor unions has risen to its highest level in years.

“Regardless of today’s Supreme Court decision, we must remain united and make it clear that no court decision can stop our union,” says Denise Specht, president of Education Minnesota (EM). “Neither this ruling nor the right-wing groups that will weaponize it, will silence the voices of Minnesota’s professional educators.”

A strong union and collective bargaining agreements are what help to ensure students receive the tools and resources they need to succeed in school and in life. We’ve seen it in the resources available to our students, and we have felt it in our paychecks.” - NEA President Lily Eskelsen García

The Janus decision will affect millions of workers in the nearly half of the states that require payments from nonmembers to cover the cost of collective bargaining.

“We will still stand for effective and welcoming schools for our students, proud and healthy communities for their parents, and salaries and benefits that will sustain the families of Minnesota educators and those across the nation,” Specht says.

The​ ​National Education Association​, the nation’s largest union with more than 3 million members, filed an​ ​amicus brief​ in the case with the​ ​American Association of University Professors and many NEA affiliates​. The brief highlighted the radical nature of the plaintiff’s arguments, including their legally unsupported claim that public-sector collective bargaining itself is constitutionally suspect.

The claimant, Mark Janus, is an Illinois state social worker. He argues that his First Amendment liberties were violated because he had to pay an agency fee to the union even though he is not a member and might disagree with its political policies.

In 1977, the court’s unanimous decision in ​Abood v. Detroit Board of Education​ said localities and states could authorize public-employee unions to charge nonmembers for the cost of collective bargaining (fair share fees) but not for the union’s political activities. By overturning ​Abood, ​the court eliminated non-members’ fair share fees, though unions are still required by law to represent them. As a result of the decision, some workers will now have to make up for the costs others inflict on the union but decline to pay for. Allowing some employees to opt out of paying their fair share for union representation will make it harder for all public employees to advocate for the quality services that everyone depends on.

But this case was never about merits or law. It was about politics and rigging the system, economy, and democracy in favor of the wealthy and corporate CEOs.

“Strong unions build strong schools and strong communities,” says Alex Price, band director and instrumental music teacher, Belmont High School and Wright Brothers Middle School in Dayton, Ohio. “Fine arts programs were being cut from my school and students were missing out on subjects like arts and music. My union negotiated with the district to bring back music so our students could have a well-rounded curriculum.”

When some school principals tried to renege on the agreement, “as a union, we stepped in,” says Price, a member of the Dayton Education Association. “Educators came together through our union and spoke out for what our kids need.”

Public opinion of teachers’ unions is robust. According to a recent NPR/Ipsos poll, two-thirds of those polled approve of teachers’ unions, three-quarters approve of educators’ right to strike, and just one in four believe educators in this country are paid fairly.
Take the #RedForEd pledge and stand with NEA as we continue to build a strong union that advocates for the opportunity students need to succeed.
Recent #RedforEd actions in states like West Virginia, Arizona, Oklahoma, Colorado, and Kentucky have highlighted how educators are leading a nationwide movement to better fund our schools and better support our students. This action is yielding not only public support but measurable wins for students and educators as well as gains in members. NEA membership is at its highest level in the past five years, including fast growth in states where anti-union laws already exist.

Some 39 briefs signed on to by hundreds of amici​ — representing all levels of government, public officials, civil rights organizations, academic experts, and others — were filed with the court in support of the respondents. Weighing in on the case have been 22 states and the District of Columbia, dozens of cities, and several dozen Republican lawmakers. School district and public hospitals also exhibited their support of fair share fees as helping to boost the effective management of public services.

For more information about the case, including links to “friend of the court” briefs, editorial columns by experts opposing the lawsuit, and other data, go to​ ​www.neatoday.org/janus​.

Keep up with the conversation at #union and #unionstrong