Survey: Alarming Number of Educators May Soon Leave the Profession

We know what it will take to address this crisis. Elected officials must act now to prevent a mass exodus of teachers and other school staff over the next few years. 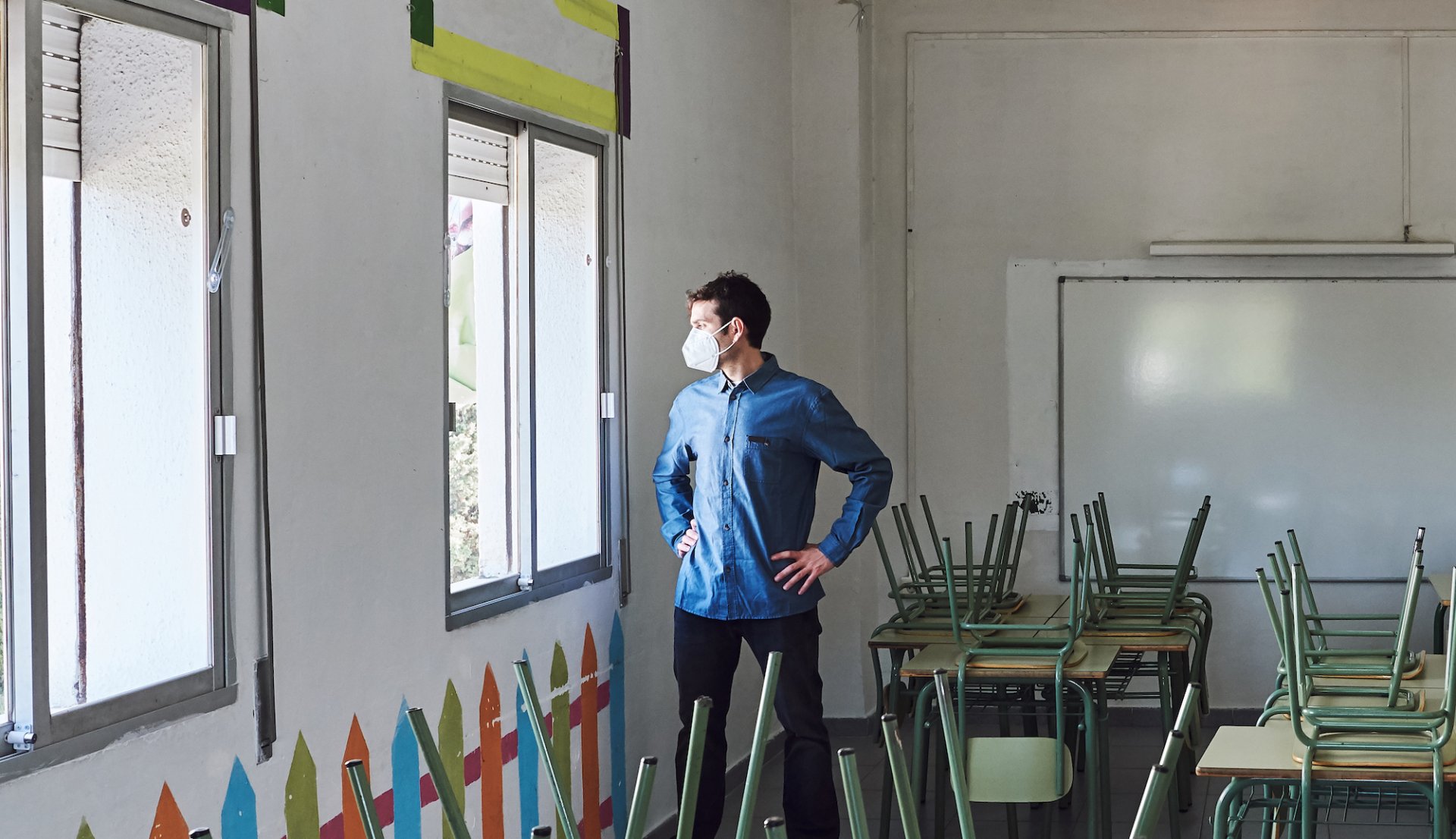 A staggering 55 percent of educators are thinking about leaving the profession earlier than they had planned, according to a National Education Association (NEA) survey of its members released on Tuesday. This represents a significant increase from 37 percent in August and is true for educators regardless of age or years teaching, driving buses, or serving meals to students.

With more members like you, we’ll have a stronger collective voice that can help educators live better lives, so our students get the best education possible.
Learn more about membership

However, the poll found that a disproportionate percentage of Black (62%) and Hispanic/Latino (59%) educators, already underrepresented in the teaching profession, were looking toward the exits.

Eighty-six percent of members say they have seen more educators leaving the profession or retiring early since the start of the pandemic in 2020.

Exhausted and exasperated, classroom teachers and other school staff are under an unprecedented level of strain, made worse by recent dire staff shortages that have plagued school systems across the country.

These shortages are not new, says NEA President Becky Pringle, but the pandemic has exacerbated the crisis, and students are paying the price.

"It is preventing educators from giving their students the one-on-one attention they need. It is forcing them to give up their class planning and lunch time to fill in for colleagues who are out due to COVID," Pringle explains. "And, it is preventing students from getting the mental health supports needed."

“This is a five-alarm crisis," she continued. "If we’re serious about getting every child the support they need to thrive, our elected leaders across the nation need to address this crisis now."

According to the U.S. Bureau of Labor Statistics (BLS), there were approximately 10.6 million educators working in public education in January 2020; today there are just 10.0 million, a net loss of around 600,000.

The BLS Job Openings and Labor Turnover survey found that the ratio of hires to job openings in the education sector reached new lows as the 2021-22 school year started. It currently stands at 0.59 hires for every open position, a large decrease from 1.54 in 2010 and 1.06 in 2016.

Pre-existing staff shortages have deepened during the pandemic.

According to the NEA Survey, three-fourths of members said they've had to fill in for colleagues or take other duties due to these shortages. Furthermore, 80 percent report that unfilled job openings have led to more work obligations for the educators who remain.

Sobia Sheikh, a high school math teacher in Everett, Washington, says she regularly begins her mornings reading emails from school officials requesting her to fill in for colleagues who are absent.

"I always want to be there for my colleagues," she says. "But it is emotionally and mentally exhausting...We’re in survival mode from last year. We're fighting to make it through the year, through the month, through the week— for some of us just through the day. The pressure can be overwhelming."

At Teneshia Moore's school in Southfield, Michigan, the lack of substitute teachers, along with increased retirements and attrition, has pushed more educators to their limits.

"It's been a been huge challenge," says Moore, an 8th grade science teacher. "This is a noble profession, but we're under-appreciated and underpaid. You deal with that on a daily basis and it's a hard pill to swallow,"

What It Will Take

While the continuing fallout from the pandemic has been a backbreaker, the mounting dissatisfaction among many educators is nothing new. Underlying factors have been corroding the stability of the profession at least since the economic crisis of 2009-10 and the staggering education budget cuts that emerged in its wake.

The burnout and demoralization that many educators have been enduring for years, however, has proliferated since 2020.

"Pay is a big factor, but we also need multiple models of support for educators," says Sheikh, "including time to plan, collaborate with colleagues, to build relationships with our students."

The survey also asked respondents about COVID's ongoing impact on their schools. Even amidst the Omicron surge, more than a third of educators say mask and mitigation policies have been eased since the beginning of the 2021-22 school year. Inadequate ventilation remains a top concern. Only 38 percent of educators reported having improved ventilation in their schools and only 28 percent believe their school's ventilation system provides them with enough protection.