A new survey reveals that U.S public has strong ideas about what can strengthen education - and they don't include more testing and private school vouchers. 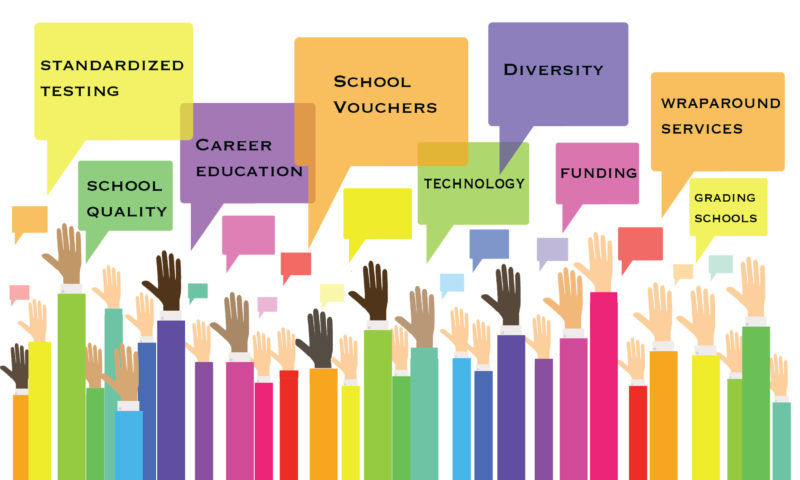 How wide is the disconnect between the public and the current administration on what should and shouldn't be done to strengthen our schools? According to the 2017 Phi Delta Kappa International (PDK) Poll of the Public's Attitudes Toward the Public Schools, the gap is significant. A majority of Americans opposes using taxpayer funds to pay for private school tuition and supports a reduced role for standardized tests. An overwhelming percentage also want local school districts to provide "wraparound services" and favors increased funding to pay for them.

“These and other results suggest that some of the most prominent ideas that dominate current policy debates – from supporting vouchers to emphasizing high-stakes tests – are out of step with parents’ main concern: They want their children prepared for life and career after they complete high school,” said Joshua P. Starr, the chief executive officer of PDK International.

Where does a potential national expansion of private school vouchers fit in? Vouchers have never been a popular idea with the American public who have long recognized the danger of siphoning off money for public schools to pay for private school tuition. According to the PDK survey, by a margin of 52% to 39%, Americans oppose this idea, consistent with results from previous year's polls.

Given the current spotlight on vouchers, PDK dug a little deeper on the issue this year, asking respondents if they supported using public funds to pay for religious private school tuition. Presented with this detail, opposition to vouchers surged to 61%. 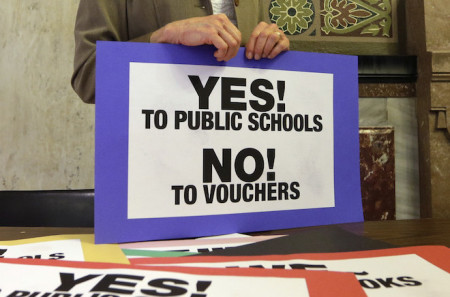 According to the 2017 PDK survey, a majority of Americans oppose using public funds to pay for private schools. If the question is expanded to include religious schools as an option, opposition rises to 61 percent.

In addition, when told that a voucher system either could help public schools by making them compete or hurt them by reducing their funding, support for only funding public schools increases to 67%, compared to 26% support for vouchers - a 41-point gap.

Support for standardized testing as a measure of student success continues to decline. According to the poll, 42% see student performance on standardized tests as "highly important," scoring significantly lower than art and music classes, extracurriculars, advanced academics, career-focused technology and engineering classes, and interpersonal skills. Only 6 % rated standardized tests as the "most important" factor in determining school quality.

The lack of confidence in standardized tests can be attributed to the public's growing unease over the narrow path our schools have been forced to follow over the past 15 years. By overwhelming margins, Americans want schools to educate students more than just academically. Eighty-two percent of respondents support job or career skills classes - even if it means some students might spend less time on academics. The public believes it is highly important for schools to help students develop interpersonal skills, such as being cooperative, respectful of others, and problem-solving.

“Taken as a whole, the American public is saying it thinks public education has tilted too far in pushing or emphasizing academics to the detriment of vocational or career skills classes,” Starr added. “They support the academic mission but they also want local schools to position students for their working lives after school." 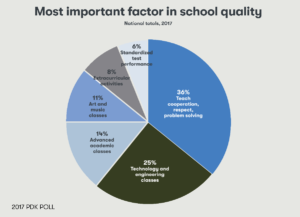 The PDK poll also reveals high level levels of support for "wraparound services," such as health and after-school programs - a central tenet of the community school model that is taking root across the nation. Ninety-two percent favor after-school programs, and 87% support providing mental health services to students who can’t get this help outside of school.

Starr says it's clear from the results that the public wants balance. “Americans want a course correction.”

Here are some additional highlights from the 2017 PDK International poll: