TABOR Lives On: How the War on Public Education Becomes Irreversible

Only one state, Colorado, has adopted the Taxpayer Bill of Rights, or TABOR. North Carolina educators are making sure their state isn't the second. 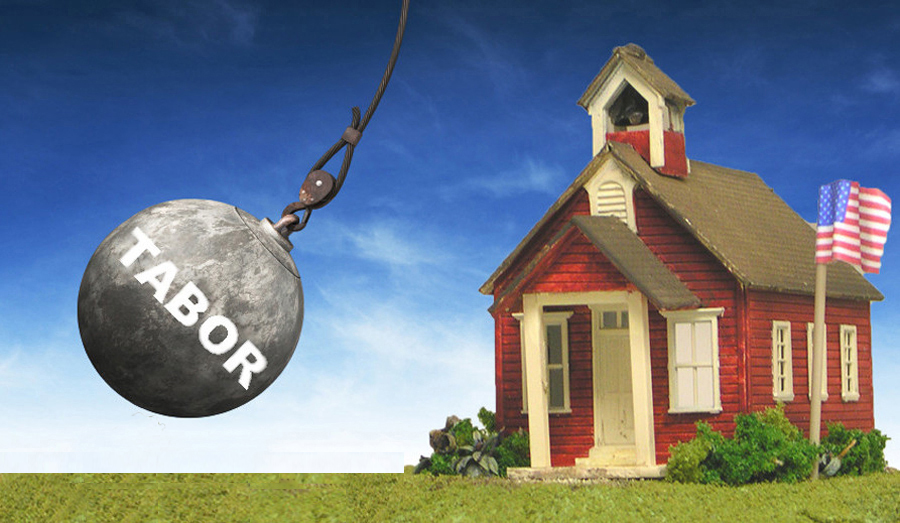 For almost 25 years, Colorado has held the distinction of being the only state in the country to enact the so-called Taxpayer Bill of Rights, better known simply as TABOR. And for many, if not most, Coloradans, that’s the way it should stay. What TABOR has inflicted upon this Rocky Mountain state hasn’t been pretty.

“TABOR has been a complete and unmitigated disaster,” Tim Hoover of the Colorado Fiscal Institute recently told the Public News Service. “The only good news to come out of it is that Colorado has served as an example of what not to do.”

Fortunately, the rest of the country has listened - so far. Since Colorado’s adoption via statewide referendum in 1992, 30 states have rejected TABOR, most recently Florida in 2012. But last month, the North Carolina State Senate may have breathed new life into the TABOR movement by passing a resolution to place it on the ballot in 2016, subject first to approval by a three-fifths majority in the House. Then it will be up to the voters of North Carolina, and what they decide may have national repercussions.

"Even though no state since Colorado has adopted TABOR, it's never really gone away," says Erica Williams of the Center on Budget and Policy Priorities. "If North Carolina does approve it, it could be the game changer TABOR's proponents have been looking for. This would be a terrible result not only for the people of that state, but potentially for other parts of the country as well."

The Taxpayer Bill of Rights has been a pet project of a consortium of right-wing think tanks and organizations, including the American Legislative Exchange Council (ALEC), since it was first introduced in the early 1990s. TABOR proposals usually takes the form of an amendment to a state constitution that imposes strict and arbitrary limitations on spending and revenue. The amendment moving in North Carolina limits spending increases based strictly on inflation and population growth (a narrow formula that ensures brutal cuts in future investments), while capping the state’s income tax at 5 percent (a big giveaway to the wealthy). If the voters approve it, only a two-thirds majority in the legislature can override these restrictions.

TABOR is offered to voters as necessary mechanism to rein in "out of control spending," "runaway taxes," and of course "big government" - the typical red meat for many fiscally conservative voters. As Coloradans soon discovered, however, TABOR just weakens public services, wreaks havoc on state finances, and straitjackets lawmakers’ ability to determine the scope of government and respond to changing economic climates.

Business and lawmakers horrified at their state's inability to invest in key public services necessary for a healthy economy banded together to temporarily suspend TABOR in 2005, but not before bond-rating agencies downgraded Colorado’s credit rating because of the damage the law inflicted on the state's fiscal health. Small wonder many in the state began refering to it as "TABOG" - the Taxpayer Bill of Goods. 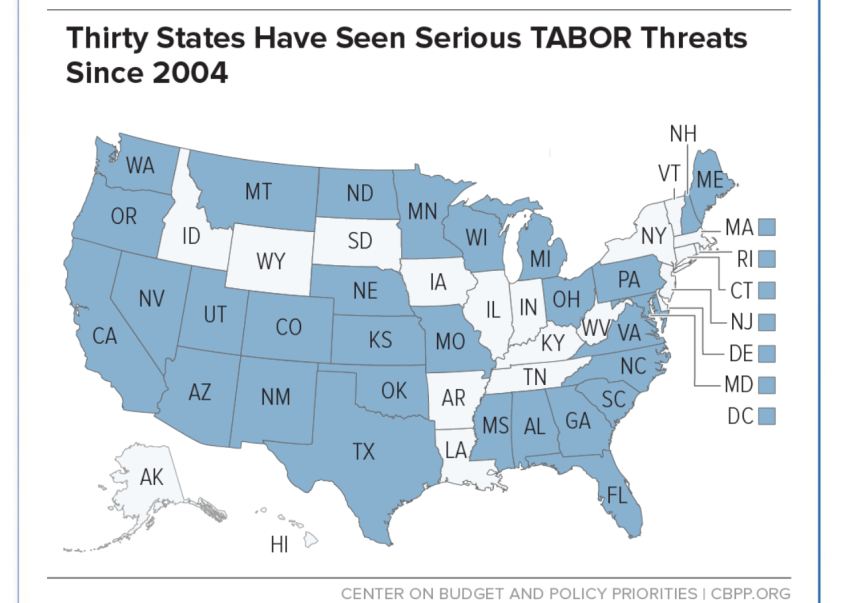 "We don't really have anywhere to fall. We're already at the bottom," says Alexandra Sirota, director of the North Carolina Budget and Tax Center. "We’re cutting off the pathway to a strong middle class and a stronger economy because we’re failing to invest primarily in public education and other services that support the economy."

If approved by voters in North Carolina next year, the severe spending cuts that have decimated the state's public education system and other services would essentially be locked in, Sirota says.

"Who knows what our state will need to invest in two years from now, or three year from now? TABOR will tie the hands of lawmakers forever. Its undemocratic at every level."

A Poisonous Remedy to a Made-Up Illness

”TABOR would  ensure that North Carolina stays mired in the bottom of the heap when it comes to investing in our students and our ability to recruit quality teachers," warns Rodney Ellis, president of the North Carolina Association of Educators.  "It would undercut any ability to address a teacher shortage that is nearing crisis levels or give public school students the resources they need to be successful.

"This is another attempt by some in our General Assembly to systematically dismantle public education," Ellis says.

And the rest of the public sector while they're at it. To the legions of aggressively ideological politicians who were elected to the North Carolina legislature in 2010, that is the point. "Fiscal responsibility" and "efficient government" are used as mere smokescreens to mask their true agenda: shrink the size of government so that, as Americans for Tax Reform President and TABOR enthusiast Grover Norquist famously said, "we can drown it in the bathtub."

"This is going to hit the schools, hit public libraries, hit emergency services, it'll hit everything," says North Carolina educator Stuart Egan. "Too many people in our state don't appreciate what taxes do for our society."

"Many politicians create or invent a situation where something's not working, such as public schools, and then create their own version of how to cure it," Egan explains. "It's like political hypochondria. We keep on being told that we're very, very sick and that we need urgent, big solutions. But the antidote they're selling is way more poisonous."

This isn't North Carolina's first go-round with TABOR, having rejected it as recently as 2013. But Colorado voters said no to TABOR three times before finally embracing it, so public education advocates are taking nothing for granted and have been mobilizing as the House prepares to take up the bill in the next few weeks."The last five years have created a very vocal and hyper-vigilant crowd of educators", says Egan.

In other states, successful anti-TABOR campaigns were built on strong community coalitions and even bipartisanship. Democrat and Republican voters in Florida joined together in 2012 to vote it down by a 58 to 42 margin. And Arizona Governor Jan Brewer, hardly a Big Government Liberal, vetoed TABOR legislation in 2011. "We should learn from the state of Colorado that experimented with a similar measure and failed,” Brewer wrote in her veto letter.

"The opposition to TABOR isn't just from one group of constituents," Erica Williams points out."It's been parents who want good schools for their kids, it's been business leaders who want an educated workforce and roadways that are well-maintained, and it's been lawmakers who want to be able to respond to the needs and desires of their constituents and communities."

"A win in North Carolina would further embolden groups like ALEC and give TABOR new momentum. So everyone who cares about public schools should think about how we can educate the people around us. We have to stay vigilant."