Teacher-Led Schools: They're Here And More Are On the Way

The idea may not be new, but there is growing momentum for educators to be leaders in the decision-making process. 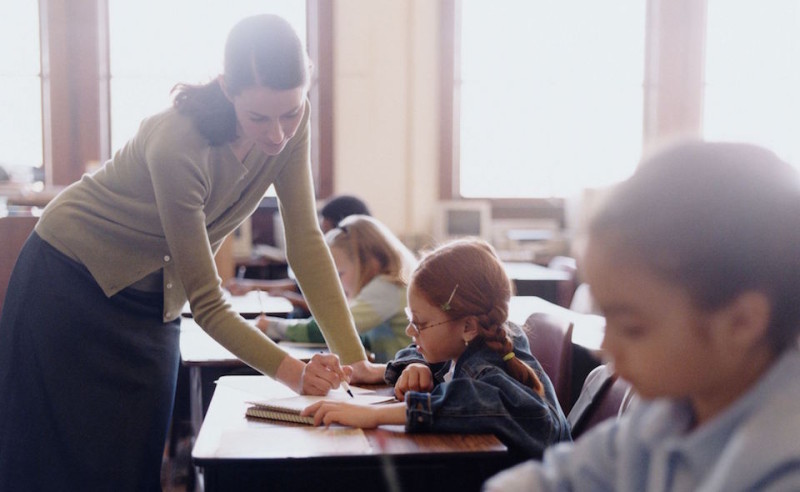 There is no principal at Howard C. Reiche Community School, a K-5 elementary school in Portland, Maine.

Within a traditional public school structure, this may seem as if the school is missing its leader. To some parents, it may sound chaotic, with no central figure to call the shots. Whom, for example, do educators turn to when they need answers? Who decides the curriculum or which books to purchase? Who’s responsible for the day-to-day operations?

At Reiche, educators call the shots!

For the past four years, the elementary school has operated as a teacher-led school, which means educators work together on everything, from instructional planning, professional development and enrichment programs to compensation, peer evaluations, and hiring. There is total autonomy, where educators decide what’s best for their students.

This is not a new idea. Teacher-led schools can be traced back to as early as the 1970s, in New York City, but there has been a growing momentum for educators to be a part of the decision-making process, not just give input.

In 2009, the Math and Science Leadership Academy (MSLA) in Denver became a teacher-led school through collaboration among teachers, their union (the Denver Classroom Teachers Association) and the Denver Public Schools. The school doesn’t have traditional administrators like a principal. Instead, all the decisions—from the length of the school day to the color of the chairs—rest with the educators who openly collaborate with education support professionals, parents, and students to drive the direction of learning.

For Ruth Ocon-Neri, one of two teacher leaders at MSLA, this means, “I’m actually a human being. I have a voice for my students.”

The Washington Post reported last month that—at minimum—there are 70 public schools in 15 states that are being led by educators, with more on the way. Many of the schools are charters, but MSLA and Reiche are traditional public schools with union members. They’re also a part of NEA’s Priority Schools, an initiative that works with members, communities and policymakers to make lower-performing schools a priority; to disrupt the status quo, and to make permanent changes that significantly raise student achievement.

It starts with awareness of the different models that can exist and thrive within a public school setting coupled with dialogue.

For Reiche, the conversation, four years ago, focused on creating stability for their student population. After experiencing a high turnover rate of principals, educators wanted the school to be a stable environment for their students, many of whom are homeless, refugees, immigrants, or come directly from war-torn countries.

In 2010, Reiche had lost another principal—a good one, too, who had a hand in helping the school get off the U.S. Department of Education’s list of “failing” schools. However, leadership within the Portland Education Association had been already researching teacher-led schools, and sharing their findings with the Portland Public School district. The two groups worked together to give educators the option to either hire a principal or take an interim principal so they could explore the teacher-led concept.

Educators took a full year to do their research. They studied what leaders do and how they make decisions. Through an NEA grant, a team of educators visited MSLA and another teacher-led school in Boston. The visits proved powerful as it turned theory into concrete, actionable items, such as getting approval from parents, which they did—75 percent voted for Reiche to become teacher-led.

Snapshot of the Structure

Kevin Brewster, a kindergarten teacher with more than 20 years of experience, is now one of three teacher leaders. At first, he was a skeptic, never before hearing of teacher-led or teacher-governed structures. “But now, I’m a true believer,” he says, adding that “this may not be the model for everyone, but it should be on the menu of options.”

The three leaders operate Reiche as a collective of co-equals who are responsible for all aspects of the school. 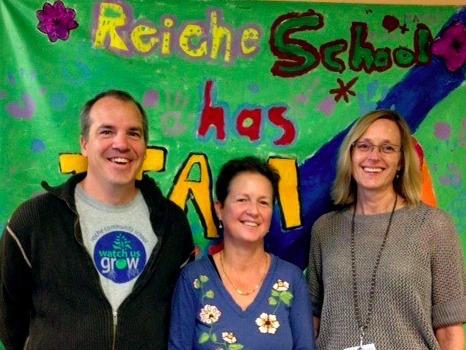 Brewster, Christine Keegan, and Lori Bobinsky all take on different roles, which were established based on their comfort level, strengths, and skillset. For example, Brewster is responsible for student discipline while Keegan handles personnel issues, scheduling, and substitute teachers. Bobinsky works with instructional planning and data.

The work isn’t on the shoulders of just these three. Brewster says they delegate “a ton” of work to committees and the PTO, which pays for enrichment programs like yoga, swim lessons, and dance classes.

And, unlike MSLA, where the teacher leaders are out of the classroom, the three-person team still gets to teach and work with students.

Thinking About a Teacher-Led School?

Leaders at Reiche offer some suggestions to those who are interested in pursuing a teacher-led model:

While the concept has been around for years, many educators who took the teacher-led route were making it up along the way, says Brewster. Today, there are several resources that can help guide a school community in the teacher-led direction. The Center for Teacher Quality (CTQ), for example, provides a digestible breakdown of where to start in Teacher Powered Schools, as well as a collection of resources for educators who are designing, running, or maintaing a teacher-led school. Several books, exist, too, including Trusting Teachers with School Success, by Kim Farris-Berg, Edward Dirkswager, and Amy Junge.