Low pay and other factors are making it harder to recruit and retain good teachers, and students and communities are paying the price.

Randy Pontius makes less money now as an Indiana social studies teacher than he did when he started 15 years ago.

“I know of no other profession where you have that many years of experience and have consistently received evaluations of highly effective or effective and your pay goes down rather than up,” he says.

After eight years in the classroom in Hamlet, Indiana, Pontius was laid off because of budget cuts. When he began teaching at his current school he was offered a first year teacher salary of $34,000 despite his prior experience. He now earns just $40,000 a year after 15 years in the classroom and a masters degree.

“With three kids ages 9, 10 and 11 and my wife to support, I have definitely thought of leaving the teaching profession to better support my family,” Pontius says.

The average teacher salary in Indiana is $45,841 according to the latest research, one of the lowest in the nation. The rate of teacher attrition is also among the highest with 18 percent leaving the profession during the 2015-2016 school year.

But low pay isn’t the only reason educators leave. Pontius says he and his colleagues are fed up with the enormous pressure they are under to have their students perform on unreliable, high-stakes tests. Job stress on top of the stress of making ends meet becomes overwhelming resulting in educator burn out.

Educator salaries across all the professions have never truly recovered from the recession-driven hit they took in the last few years, but a new study by the Economic Policy Institute provides some new insights particularly on K-12 classroom teachers.

“Wages for teachers have been falling relative to comparable workers all over the country for many years,” says Lawrence Mishel, president of the Economic Policy Institute. “Teachers were paid two percent less [than comparable workers] in 1994, but by 2015 the wage penalty rose to 17 percent.”

Mishel says people often counter that teachers get summers off, but the EPI wage penalty data looks at weekly wages rather than annual wages for a more accurate picture of what teachers make to comparable professions requiring the same level of education, such as accountants. 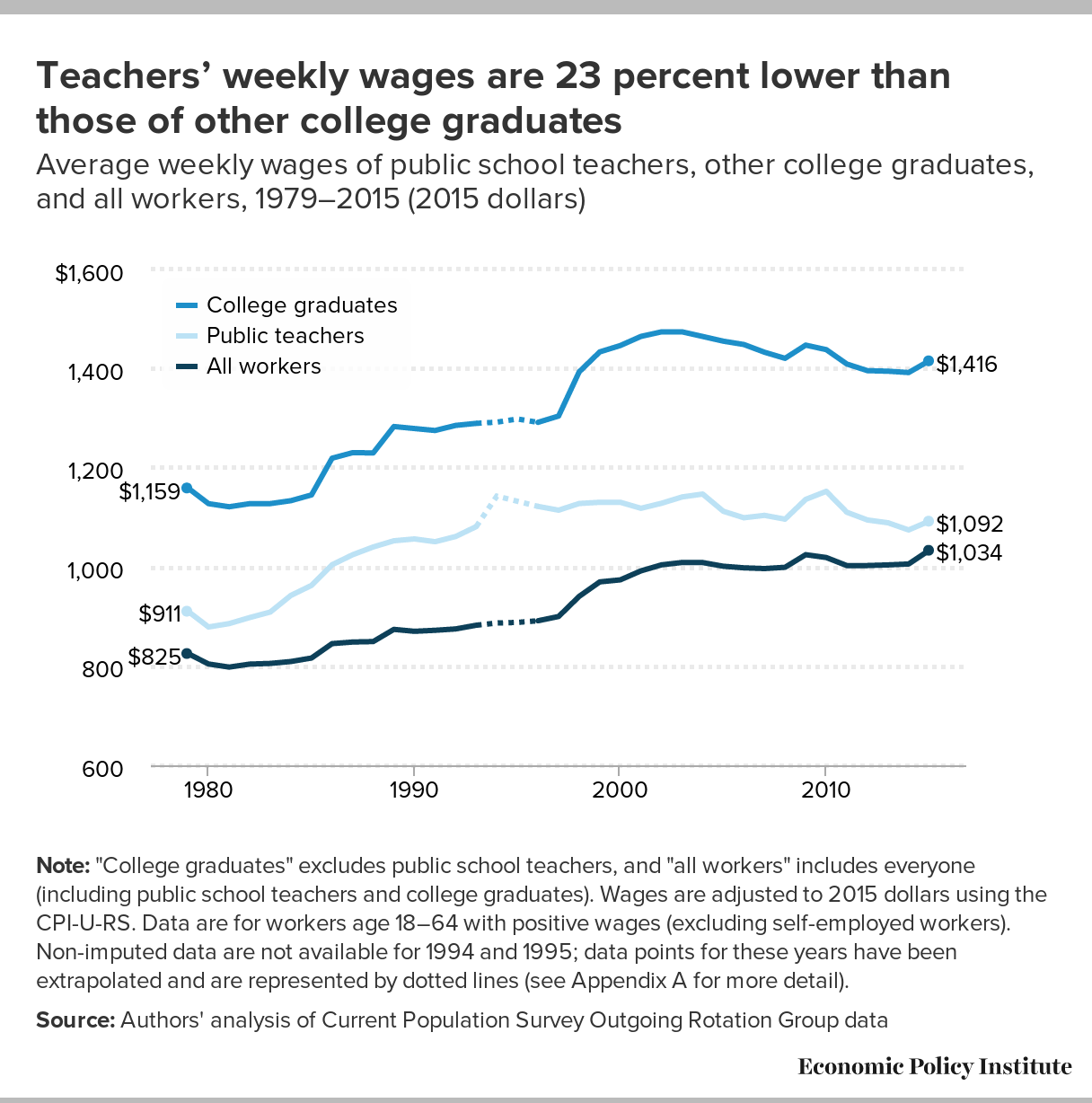 “Teachers do get more in health and pension benefits than other comparable workers, but they are seeing an erosion there, too,” says Mishel. “But even when you take into account that teachers have better benefits, that doesn’t outweigh the problem they have with lower wages. Teachers get about 27 percent of their compensation in benefits -- the rest are wages and they remain low.

The teacher pay penalty is a problem because it makes it hard for educators to maintain a middle class standard of living, he says. It matters for citizens and tax payers because good schools attract business and revenue for communities, but it matters to most to children because ultimately low salaries drive away good teachers.

“We are moving into a world where fewer people are trying to enter teaching, in part because the profession has been degraded by misguided accountability measures and also because of the erosion of pay,” says Mishel.

State Superintendent of Public Instruction, Jennifer McCormick, has called for a system to track why teachers are leaving the profession, but educators like Pontius say the reasons are already clear – teaching to the test and low pay.

We Know Why They Leave, Let’s Find Solutions 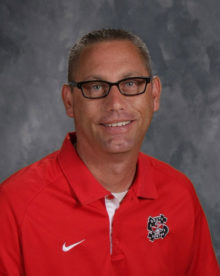 Randy Pontius makes less money now as an Indiana social studies teacher than he did when he started 15 years ago.

“Anecdotally, we know teachers leave the profession due to low and stagnant wages and because of the hostile teaching environment in the state,” says Indiana State Teachers Association president Teresa Meredith. “While it might be helpful for a state agency to take on the task of tracking teachers and their reasons for leaving, we are more concerned about recruiting the best educators and focusing energy and money on support and retention so we can keep the best teachers in the classroom educating our kids for the future.”

In a political climate where cutbacks are happening at state and local levels along with tax breaks for corporations and the wealthy, the deep cuts to education spending continues. Education spending is still below pre-recession levels and is likely to dip even further.

In terms of testing, the new testing reduction measures that have been introduced with the Every Student Succeeds Act (ESSA) can provide some relief. Under ESSA, the impact of test results has been reduced and the potential for less rigid accountability systems will usher in more time for teaching and learning, and more flexibility for educators to make choices they know work for students. To make the most of this opportunity, educators should make their voices heard. Start by filling out a checklist to see what opportunities students have now, and what they need. Educators can learn more about implementing ESSA at myschoolmyvoice.nea.org.

Join Your Local and Push for Collective Bargaining

By joining their colleagues in their local NEA , they can build a stronger association and have a stronger voice to achieve better student learning conditions like smaller class sizes. Some strong  local affiliates have also negotiated innovative pay schedules based on professional growth that have helped school districts recruit and retain educators.

“Teachers aren’t in it for the money, but if people can’t have economic security and be provided a decent middle class standard of living, they’re just not going to stay in teaching,” Mishel says. “Clearly they’re not making as much as a lot of professionals, but that doesn’t mean they should make 17 percent less than the average professional. They’re not even making average. Nobody is saying they should get rich as a teacher, but it shouldn’t be so hard to own a house, send a child to college, or make ends meet as a professional educator.”