Teacher Shortage Sends Retired Teachers Back to the Classroom

Many retired educators are finding themselves unretired, as school officials reach out to them to fill gaps in their classrooms.

Illinois teacher Denise Harts retired this past June after a 35-year career. And yet, come September, she welcomed a classroom full of third graders. A colleague had asked Harts to cover her classroom as a long-term substitute, and then her old principal asked her to stay longer. “I tried to retire!” says Harts.

This year, many retired educators may find themselves unretired, as school officials reach out to them to fill gaps in their classrooms, and lawmakers smooth the way with new laws protecting the retirees’ pensions.

Districts and states across the U.S. have a big problem: A shortage of teachers that is “real, large, and growing, and worse than we thought,” according to an Economic Policy Institute (EPI) analysis. By 2025, the shortfall of educators nationwide could reach 200,000.

“There’s no question that something must change— and quickly,” says NEA President Lily Eskelsen García. “Baby boomers are retiring, and the candidates who could fill their jobs are simply not there.”

But extending the careers of some retired teachers isn’t a real solution to the teacher shortage, experts say. In 2016, the number of college students saying they will major in education reached its lowest point in 45 years—just 4.2 percent, compared to 11 percent in 2000. The profession needs to be made more attractive to the next generation of teachers, says Rachel Immerman, chair of the NEA Aspiring Educator program.

At the same time, early- and mid-career educators need to be supported—through professional development, professional pay, and adequate funds to their classrooms.

Mentors in the Classroom

“What [returning educators] offer, of course, is a wealth of experience and knowledge. We should be grateful for the time and zeal and energy that they’re still contributing,” says NEA-Retired President Sarah Borgman. 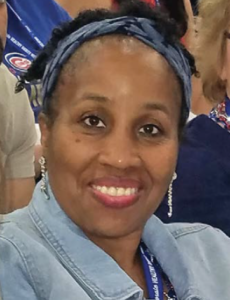 These contributions make a difference in the lives of students and in the careers of younger educators, who may receive mentorship or inspiration from their returning colleagues.

In Jackson, Miss., for example, about 1,000 of the district’s 1,800 teachers have been teaching for three years or less, and many classrooms don’t have permanent teachers, the Hechinger Report found.

The district relies on 184 long-term subs. To help, the superintendent personally called retired teachers to ask them to return—and nearly 50 said yes.

“I like helping the young people,” NEA-Retired member Viola Owens told Hechinger. A former district teacher of the year who retired in 2014, Owens taught English three days a week at a Jackson high school last year.

Still, Borgman points out that some retirees don’t have much of a choice. “Let’s face it, some of our people aren’t getting cost-of-living adjustments to their pensions, and they need to supplement their limited income.”

While Harts is still fresh from her own classroom, she thinks she can be part of the answer to the teacher shortage. But she plans to enjoy her retirement—soon!

The real solution, she says, has more to do with increasing respect and compensation for her colleagues who remain. 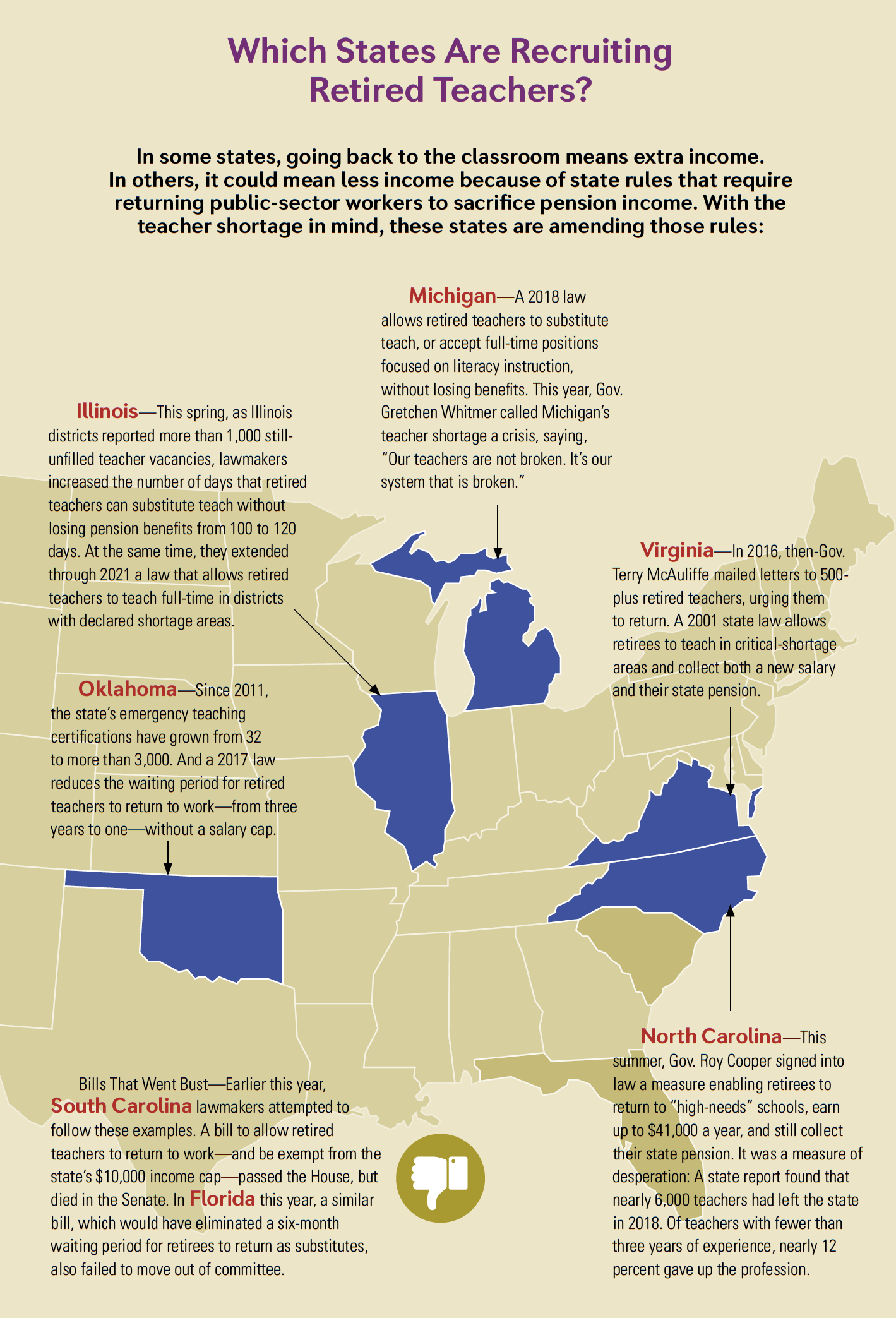