For public school educators, shelling out hundreds of dollars of their own money is a long-standing back-to-school ritual. 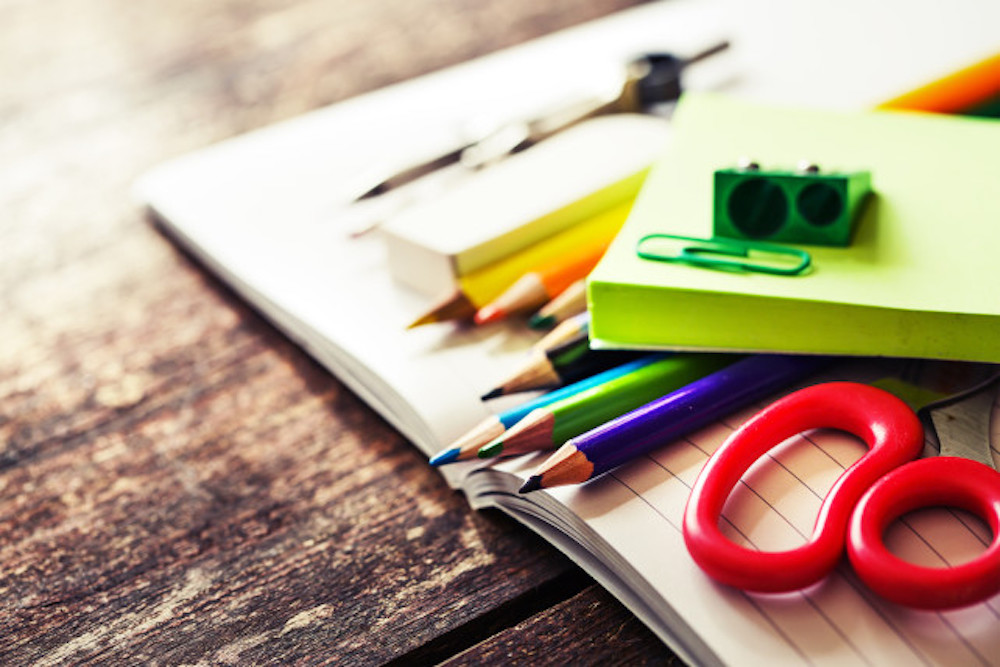 Spending their own money on school supplies is for teachers as integral a back-to-school ritual as classroom seating arrangements, new lesson plans, meeting parents, etc.  At a time when they are standing up for more education funding and a fair salary, public school educators continue to dip into their own pockets - to the tune of at least $459 every year, according to a new analysis by the Economic Policy Institute (EPI).

This figure, writes EPI economist Emma García in a blog post, "does not include the dollars teachers spend but are reimbursed for by their school districts ...The $459-per-teacher average is for all teachers, including the small (4.9 percent) share who do not spend any of their own money on school supplies."

Nine out of 10 educators will not be reimbursed for their back-to-school purchases, whether it's pencils, notebooks, whiteboards, posters, even software.

García looked at data from the 2011-12 and 2015-16 Schools and Staffing Survey survey, The earlier survey was a little more useful because it included state-by-state data. The numbers in the map - adjusted for inflation - are not indicative of a post-Great Recession spike, notes García, because spending by teachers increased in subsequent years. The 2015-16 survey shows that teachers spent on average $479 on school supplies.

California educators forked over about $664 annually. Spending by North Dakota educators came in at $327.

García says these discrepancies do not suggest that educators in certain states are more altruistic or dedicated than their colleagues elsewhere. 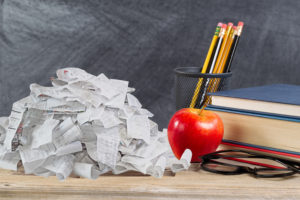 Educators Speak Out on Buying Their Own School Supplies
In 2018, NEA asked educators to share their #OutOFMyPocket stories – how much they spend annually on classroom supplies, what they purchase, and why they believe it’s necessary to dig so deep into their own paychecks.

"State-by-state spending differences are likely due to a combination of factors, including students’ needs, how schools are funded in the state, the cost of living in the state, and other factors."

García points out that the lowest percentage of educators spending their own money on school supplies without compensation isn't low at all - 91% in Mississippi.

"The dollar amounts and shares paint a unifying, generalized pattern of generosity across the country," she writes.

Unsurprisingly, teachers in high-poverty schools shell out more of their own money. In 2015-16, these educators spent $523 compared to the $434 average for low-poverty schools.

While the dollar figures are too high, the fact that educators are spending their own money on school supplies isn't "in and of itself a major problem," says García. Teachers are excited about the new school year and want their classrooms to be enriching learning environments.

Still, reimbursed spending is another burden educators take on as other pressures continue to mount, "potentially affecting perceptions of the teaching profession, teacher recruitment, and teacher retention," García writes.

That is why it is necessary, says Ryan Knight, a music teacher in Indiana, to call attention to the great lengths educators go for their students.

"I do these things out of love for my kids and I don’t ask for a refund from anyone. But I think the community ought to know the real amount of money teachers are putting into their classroom, school, and kids’ overall education." 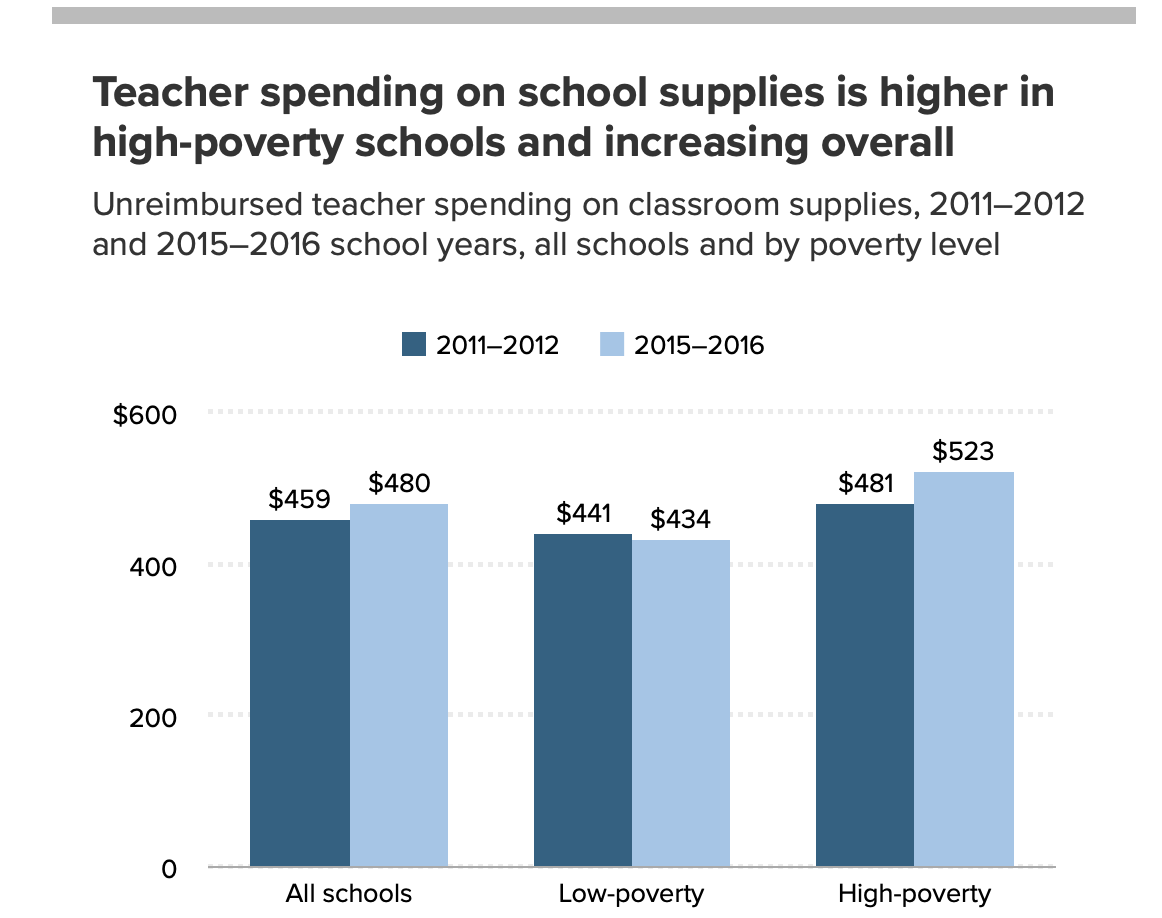