Nearly one in 10 Airbnb hosts in the United States are educators, each making an average of $16,000 last year to help make ends meet. 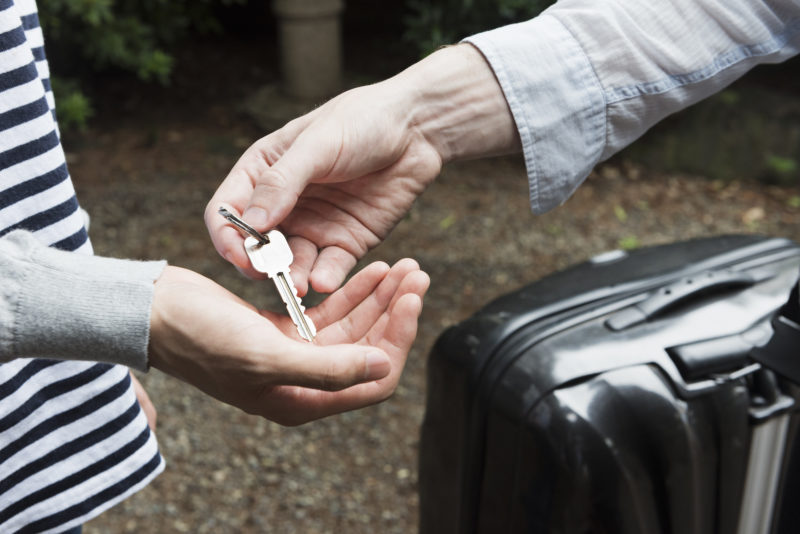 Educators know all too well that there aren’t enough hours in the day or dollars in the paycheck, so they stretch, save and find creative ways to make ends meet.

One of the latest trends is a side gig they can do from home, with their home. All over the country, educators are earning extra money as Airbnb hosts. Last year teacher hosts earned $160 million.

Airbnb, the popular online marketplace which lets people rent out their properties or spare rooms to guests looking for vacation lodging, reports that last summer, teachers hosted more frequently and earned more than the typical host, providing a meaningful boost in a meager income. In fact, teacher hosts earned roughly one third of their total annual earnings during the summer months.

A whopping one in ten Airbnb hosts is a teacher, the company found, attributing the high percentage to the fact that “being a host is a natural extension of the knowledge and compassion they have shared throughout their careers,” says the report’s authors.

Data on Airbnb hosts’ employment industry was calculated using the latest annual Airbnb Community Compact host survey, in which over 80,000 hosts globally participated. Those who hosted in the US in 2017 reported their employment industry, which was used to estimate the percent and number of U.S. Airbnb hosts who are teachers, as well as the statistics cited in the National Overview and City Highlights section.

According to estimates from an annual Community Compact Survey which collects hosts’ employment industry, nearly one in 10 Airbnb hosts in the US are teachers, amounting to more than 45,000 hosts.

In Utah and Wisconsin, more than a quarter of all Airbnb hosts surveyed reported working in teaching or education.

The typical teacher host earned $6,500 last year on Airbnb, helping thousands of them pay down bills, save for retirement, or even go on vacation. Overall, Airbnb teacher hosts earned $160 million in hosting income in 2017.

States with the highest percentage of teacher hosts:

“When guests come to my home I want them to feel welcomed as if they were part of my family. My students have taught me how to personally learn and grow by sharing with others. Being an Airbnb host is an extension of what I do in the classroom. I truly enjoy the connections I have made with the interesting guests I have met from around the world,” says Ana Rubio, a Physical Education teacher at Earlington Heights Elementary School in the Miami Dade County.

And educators need the extra money. As the report points, the effects of the 2008 recession are still being felt today by many workers, especially those in education. Teachers earned less last year, on average, than they did in 1990, according to NEA research. Beyond the classroom, teachers face increasing costs of housing and living in cities from coast to coast. It's no surprise that they're turning to side jobs to supplement their income.