Teaching About the War in Ukraine

The disturbing news from the war in Ukraine can offer important lessons if handled with care. 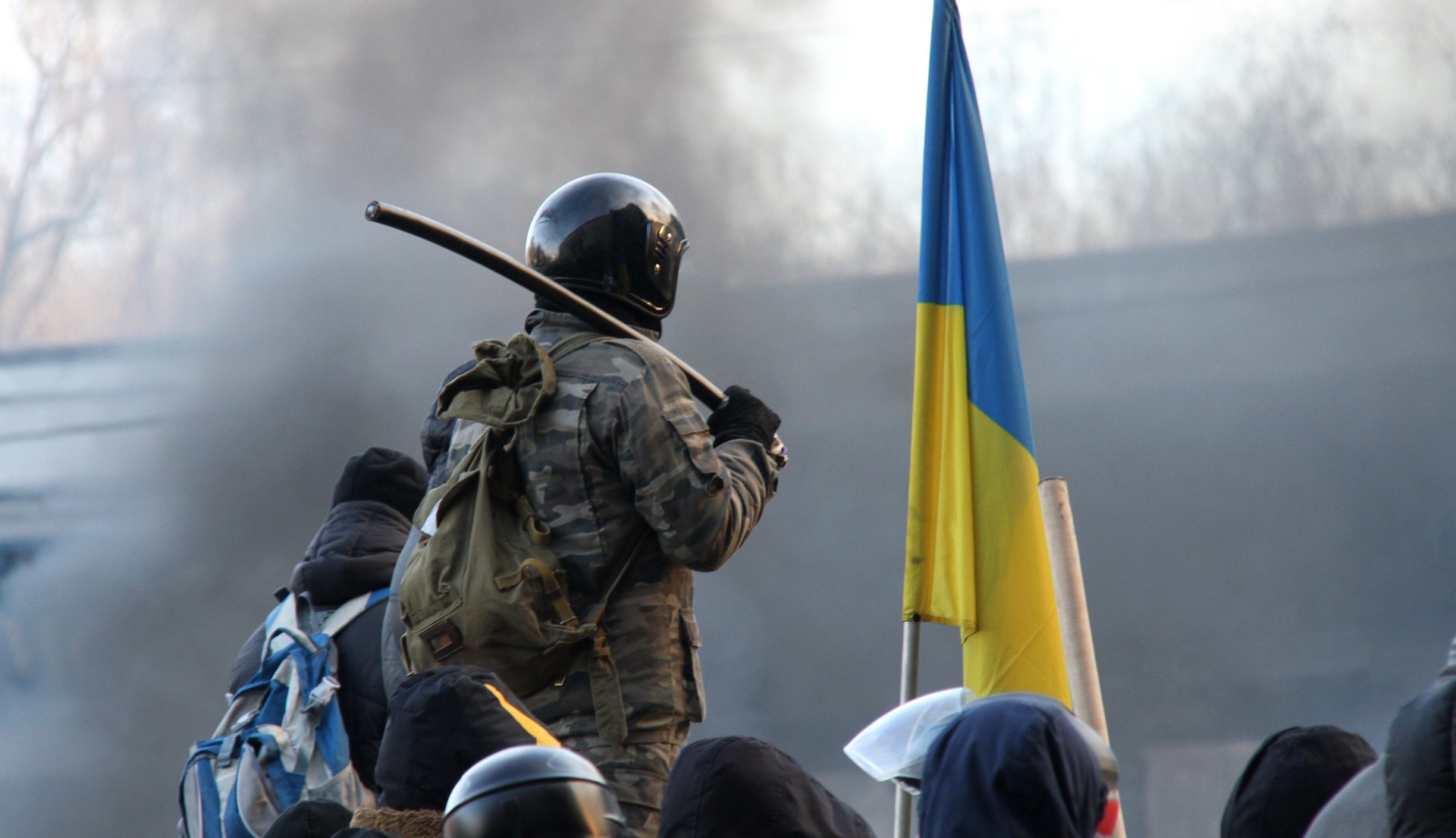 The morning after Russian president Vladimir Putin put his nuclear forces into “combat readiness,” students at Magnolia Middle School in Maryland crowded around social studies teacher Dustin Rhodes to ask him about it.

“As soon as they got off the bus kids rushed over to me to ask if Russia would 'nuke' Ukraine,” he says. “There was some anxiety mixed into the question, and they were using adult terminology they didn’t fully understand, but it was a hot topic for all our students.”

Anxiety and fear are common reactions to the events in Ukraine, but students also want more knowledge and understanding, especially as the situation worsens.

The war in Ukraine is providing an array of the “teachable moments” educators constantly seek – even the most hard to reach students are paying attention and have questions – but teachers are treading carefully.

War is grisly, and the images of Ukraine’s bombardment are grim. After two years of pandemic, it’s important to keep in mind the social and emotional wellbeing of students while offering lessons from Ukraine.

Current events offer instant engagement, Rhodes says, and since the beginning of the Russian invasion of Ukraine, the war was the only subject his students wanted to talk about in class.

Most students are understandably alarmed by what they’re hearing; like all of us, they’re troubled by the possibility of another world war. The job of their teachers is to help them understand and process the news at an age-appropriate level while giving them opportunities to dig more deeply into the events, make connections to the history of the region and to other global crises, current and past.

“We talk about current events all the time, and the ultimate goal is to teach our students how to apply what they’re learning to real world scenarios,” Rhodes says. “But it’s important to target the information to the age and comfort level of your students.”

Finding the right way to engage all students begins with building relationships and really getting to know them, says Rhodes, whose school in Harford County is in the greater Baltimore region and home to the U.S. Army’s Aberdeen Proving Ground.

“You have to know where they’re coming from. For example, we have a lot military families and some kids have family or friends of family who’ve been deployed to eastern Europe,” he says. “They’ve asked, are we going to war?”

There are no easy answers as the situation escalates and unfolds, but that’s exactly why it provides so many critical lessons.

Rhodes has reassured students that President Biden has said he won’t send ground troops and, despite rumors they’ve heard on social media, there could not be a draft without an act of Congress, and even in that unlikely event, the sixth graders are far too young to be called.

But while offering reassurances, he also asks students to explore complicated issues world leaders are grappling with. Should the U.S. become more directly involved? Are the current sanctions effective on the Russian government? What about the people of Russia? What effects do they have on the rest of the world?

“One student raised the excellent point about how reckless it is for Russia to start a war during a global pandemic when economies are still struggling to recover,” Rhodes says. “This is a sixth grader!”

The class also discusses the human rights abuses happening in Ukraine, which are disturbing but impossible to miss, even for younger students, like the bombing of a maternity hospital and its link to genocide.

“We have examined human rights abuses and genocide in history, including genocide in Darfur and Rwanda, for example,” Rhodes says. “My students, many of whom are African American, raised the point that, while what is happening to the people of Ukraine right now is horrific, it was also horrific in Africa but the refugees there didn’t get the same attention. Another important observation of these impressive sixth graders.”

The actual news from Ukraine is blocked in Russia and the people there receive very different, sanitized messages about what’s being called “a special military operation.” There is no mention of war in any Russian-controlled media. The propaganda is designed to encourage Russians to support Putin’s actions. Social studies teacher Dustin Rhodes teaches his students about bias and propaganda and asks them to look critically at sources to identify biases. “Digital literacy is a critical skill and these students are working at college level,” he says. Here are some resources for teaching about propaganda: Newseum: Weed Out Propaganda, PBS: Propaganda Techniques,and United States Holocaust Memorial Museum: Lessons on Propaganda.

About 200 teachers in western New York logged onto a webinar last week about the invasion of Ukraine. The webinar, hosted by the Academy of Human Rights, an organization founded by teachers from the Buffalo area to help train educators on addressing human rights issues, provided a deeper understanding into the humanitarian aspects of Putin's invasion and the best ways educators can not only talk about it with students but take actions to help.

“It was a huge turnout, which shows people are concerned. People are paying attention,” says Tim Redmond, the Director of Teacher Trainings at the Academy of Human Rights and a social studies teacher at Williamsville East High School in East Amherst, New York. “Part of our role as educators is to help make sense of the world for kids, especially when something in the world is happening right now and needs to be addressed.”

Redmond and his colleagues believe, as history and social studies teachers, they shouldn’t just teach about the past, but teach about the present and how the past has influenced what is happening in the world today..

The challenge in teaching history is making it feel relevant to students, Redmond says. “The proverbial question from students is, why do I need to know this? How does it affect me? The war in Ukraine shows them. History is always with us.”

Redmond also helps his students make connections to the future. He’s asked them if we reacted more strongly as a global community to Russia’s annexation of Crimea in 2014, would we be here now?

“These are thought exercises that help students understand the importance of learning the lessons of history so we’re better able to prevent the same things from happening in the future,” he says.

Redmond says teachers are lifelong learners and the fact that so many tuned into the webinar shows how much they want to know about what's going on in Ukraine and how they can share that with their students. They heard from experts in international law who prosecute war criminals, experts in human rights, as well as from a former Ukrainian teacher who is now the Special Language Advisor for Ukrainian language and culture at Alberta Education in Canada.

One of the many questions the educators had was the best way to help the people of Ukraine.

Nataliya Nayavko, the teacher from Ukraine, said donations to major humanitarian organizations like the Red Cross, UNICEF, and UNHCR are most effective, but she said the best thing everyone can do is to keep paying attention and offering support for the longterm. The war is not going to end soon, she said, but will drag on for months if not longer.

"Please," she urged the attendees. "Don't forget about us." 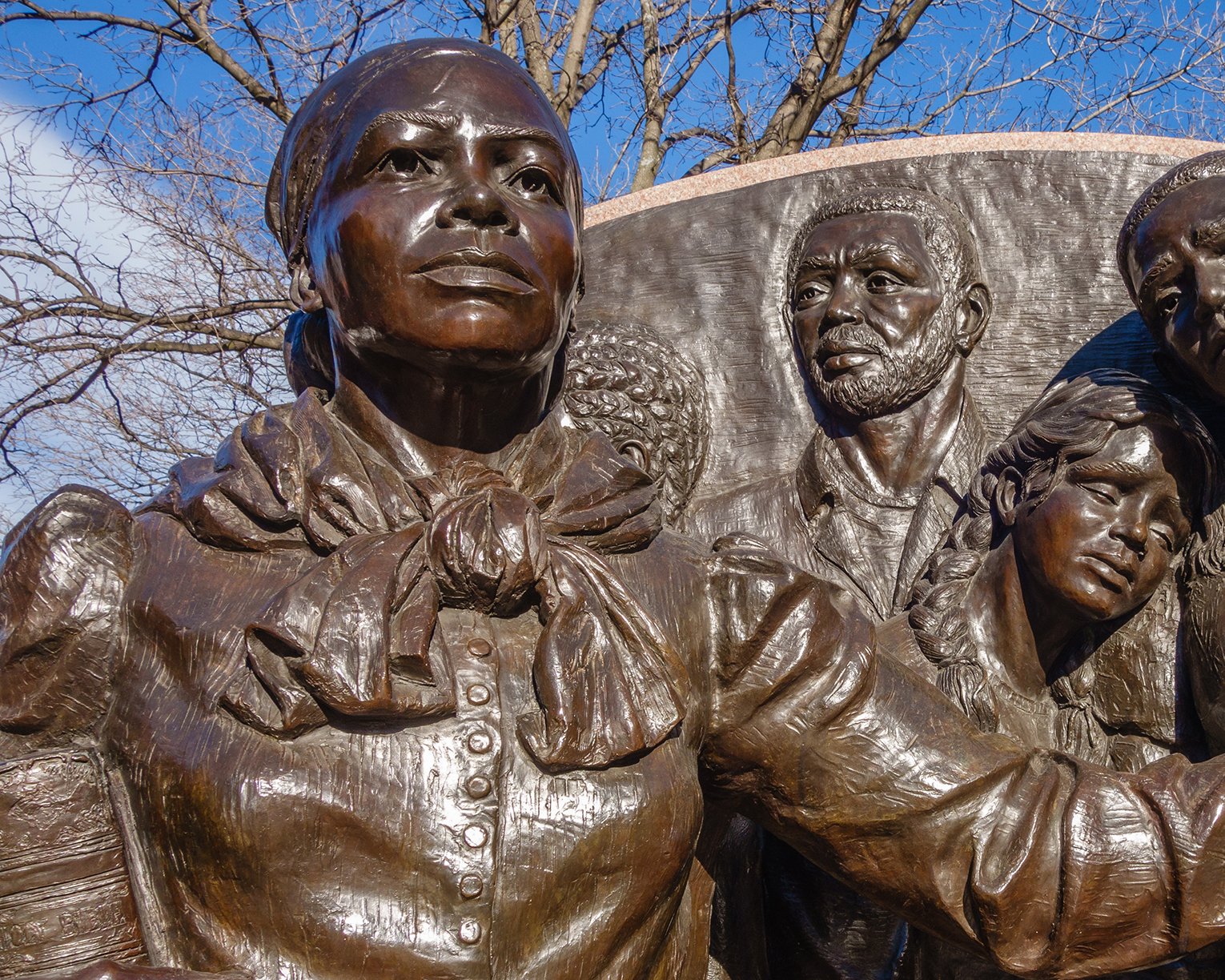 Women's History Month for the Classroom

Integrate women's history into your lessons with our list of curated essons, activities, background reading, and more.