For educators, uncomfortable discussions come with the territory. The challenge is to help students grapple with controversial issues without turning into enemies. 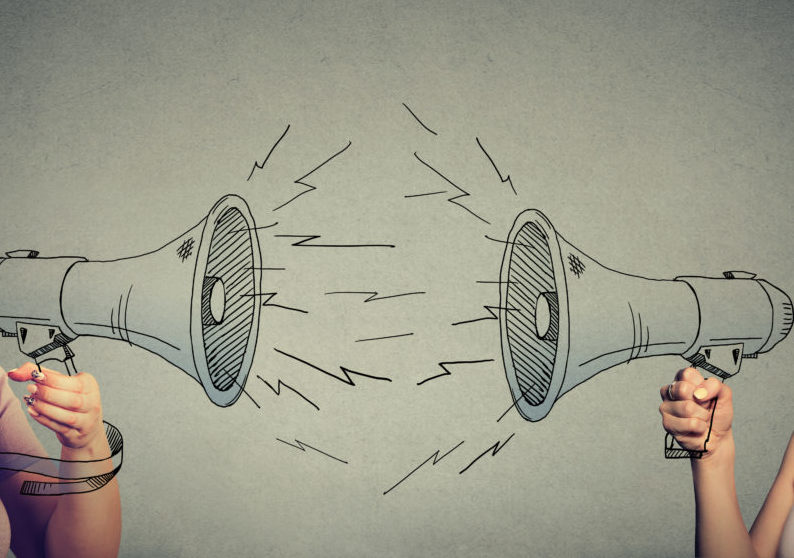 Staff at Green Valley Middle School in Fairfield, Calif., broke with tradition several years ago by canceling Christmas activities. No tree. No decorations. No parties. The decision was made to honor the doctrine of separation of church and state.

“Students may not have a tree anymore at the school but they do enjoy discussing world religions,” says David Fulton, who teaches history and social studies at Green Valley. “I have Christians, Jews, Muslims, Sikhs, and Hindus in all my classes, and they are extremely inquisitive about each other’s religions.”

Like Fulton, educators today teach students from a variety of ethnic, racial, religious and cultural backgrounds. Addressing sensitive issues in class, from Santa Claus to the Ku Klux Klan, is inevitable.

“We are more diverse than ever, and different people have different perspectives,” says Maureen Costello, director of Teaching Tolerance at the Southern Poverty Law Center (SPLC). The non-profit organization monitors U.S. hate groups and other extremists and also offers programs that help teachers educate children to be active participants in a diverse democracy.

“The main job for teachers in this case is to help students discuss controversial issues without turning into enemies,” says Costello. “The job is also to prepare people with multiple points of view to survive and thrive in self-government.”

A classroom brawl is the last thing any teacher wants as the result of a robust debate. But when sensitive historical lessons mix with super-charged current events, some teachers find themselves mediating horrific realities during class.

For example, when a white supremacist walked into the Emanuel African Methodist Episcopal Church in Charleston, S.C., and gunned down nine parishioners in 2015, or when a Unite the Right Rally in Charlottesville, Va., turned deadly in August, news of the events may have been discussed later in classrooms across the nation.

“History is happening in the world around us but the issues are rooted in the past,” Costello says. “Teachers must be careful about making their lessons not only about the day’s news.”

Still, lesson plans involving America’s legacy of injustice from slavery and segregation, to the legal discrimination against women, homosexuals, and biracial couples, can be sound sources of teaching and learning, according to Jennifer Rich, an assistant professor at Rowan University in New Jersey. Her research focuses on how teachers can talk about the Holocaust, slavery in America, and the incarceration of Japanese-Americans during WWII in honest and inclusive ways. 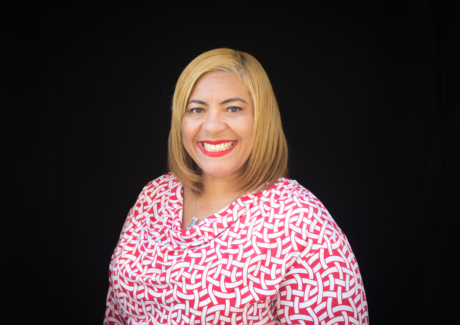 “One of the greatest challenges facing teachers right now is teaching our students to engage with hard histories in this specific historical moment,” says Rich, a director of research at the university’s Rowan Center for Holocaust and Genocide Studies. “Currently, everything feels particularly fraught, and we are unsure of where students and families fall across the highly polarized political spectrum.”

“As teachers, we may worry about offending our students, their parents, our colleagues, and our administrators,” she says. “Instead, we can use our classrooms as ways to teach students to carefully read the news, evaluate sources, and respectfully disagree with one another based on facts.”

Cecily Myart-Cruz, chair of the NEA Black Caucus, is biracial. Her mother is of Mexican heritage while her father is Black. “I learned early on about racial discrimination in this country,” she says. “Classroom lessons involving segregation, lynching, and police violence against Blacks, for example, should be less about shocking students and more about factual storytelling that sparks conversation.”

In significant ways large and small, daily reckonings in our nation’s classrooms about how to teach sensitive topics can be less stressful thanks to the courage of well-trained, experienced, and thoughtful educators.

This year, about a dozen high school students staged a protest march calling for tighter gun laws in Campbell County, Wyo. The state has more guns per person than any other. At one local high school, the yearbook devoted four pages to “Hunting: No Greater Sport,” and a local community club funded college scholarships by raffling off AR-15s.

Today, guns seem to have an inescapable, tangible presence in schools. While calls for stricter gun laws are at the heart of school safety, how do educators explain the “right to bear arms” and join a “well-regulated militia” relative to the Second Amendment to the U.S. Constitution? 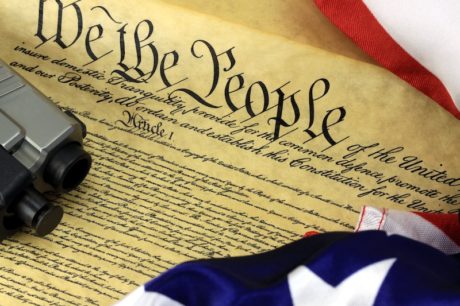 “Obviously, students need to be made aware of the rights granted to them through our first 10 amendments, including a law-abiding citizen’s right to own a gun,” says Miller, who teaches in Campbell County. “It is also essential for learners to discover the historical developments and political turmoil that influenced our Founding Fathers to guarantee those rights.”

Discussions about gun control laws and school security have been heightened following the school shootings at Florida’s Marjory Stoneman Douglas High School in February, where 17 students and staff members were killed, and in May at Santa Fe High School in Texas, where eight students and two teachers lost their lives.
So, how does Miller discuss guns in his classroom?

“In Wyoming, gun culture is front and center,” he says. “As a social studies teacher, my job is not to show students what to think about social issues, but how to provoke students to utilize fair and unbiased thought that is centered on logic.”

For example, when comparing liberal and conservative points of view regarding public protests, gun control laws, and even NFL players kneeling during the playing of the national anthem, Miller wants students to realize that they cannot pick and choose which amendments to the Constitution are important and need defending and which can be ignored.

“I want students to know that disagreeing with the purpose or form of a demonstration doesn’t necessarily mean that the people participating in the demonstration are their enemies or even lawbreakers,” he says.

On a few occasions, Fulton has had parents request that their children be allowed to opt out of lessons on Islam. After discussing with them that the goal of the lesson is to teach, not recruit, they acquiesce. But not always.

“Early after 9/11, one particular parent was extremely upset that I would be teaching her child about what she called a cult,” Fulton says. “I explained that Islam was not a cult but a world religion, and that the Islam unit I was teaching was part of California’s school curriculum.”

The parent did not accept Fulton’s explanation. She even referred to Muslims as “terrorists.”

“I finally suggested she take her issue to the district office,” Fulton recalls. The result: An alternative assignment for the student. 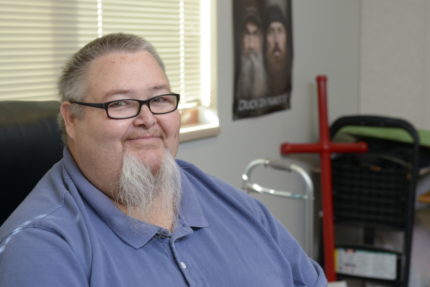 “In the end, the student missed out on the foundational beliefs of more than a billion people,” Fulton says.
One of Fulton’s lessons is titled, The Great Awakening. It covers a series of religious revivals across the American colonies in the late 1730s and 1740s.

“I can’t imagine teaching history without talking about religion,” he says. “The idea of not teaching about religion’s role throughout history is crazy and does nothing but create an inaccurate picture of the past and how we arrived in our present. The kids lose out.”

The anonymous questions about sex and sexuality that Rawcliffe finds in her classroom’s question box lead her to one conclusion: Students want to learn about everything sexual.

“Despite what they may say or faces they may make, those questions send a very different message,” Rawcliffe explains. “They crave information about dating, their changing bodies, sex, gender identities, sexual orientation, condoms, sexual abuse, and much more.”

The interest level among students is equaled only by that of their parents, but for different reasons, says Rawcliffe. “Some families are concerned that sexual health education teaches students how to perform various sex acts, which is a bit outrageous,” she says. 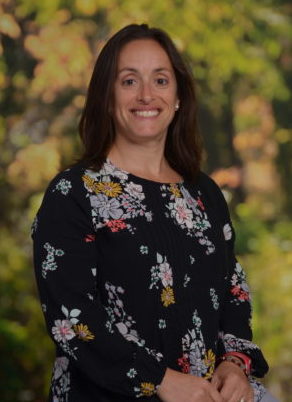 The ultimate goal for educators is that students are healthy—physically, emotionally, socially, and mentally, according to Rawcliffe. “Families and sex educators have this same goal,” she says. “When that is shared, there is mutual support.”

Since the word “sex” means different things to different people, the topic can be as difficult to teach as religion, gun ownership, and other sensitive subjects. Adding to the confusion of teaching sexual health is student access to the Internet, social media, and sex hotlines.

“Unfortunately, most students do not have the skills to determine if the online information and resources they access is valid and reliable,” Rawcliffe says. “In health class, students learn how to incorporate their own values and the values of their family within their decision-making process.”

“Most families are grateful that students are being taught about sexual health at school,” she says. “I encourage families to continue conversations from health class with their own values added.”

As a parent, Rawcliffe says she has been teaching her children sex ed since they could talk, using proper terms for body autonomy.

“However, I would love it if my education was supplemental to what was taught in school,” she adds. 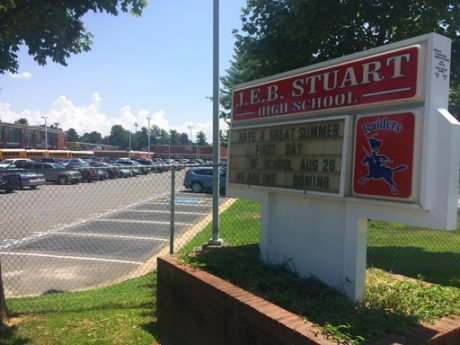 In 2018, the Richmond Public School board voted to change the name of J.E.B. Stuart Elementary to Barack Obama Elementary School. J.E.B. Stuart was a Confederate general. (AP Photo/Matt Barakat)

Issue: The Civil War’s Ongoing Narrative and You

The fame of Civil War military general J.E.B. Stuart endures on Monument Avenue in Richmond, Va., which was the capital of the Confederacy. Although Stuart is immortalized on horseback, city officials recently decided to change the name of the elementary school that bears his name, and name it after former president Barack Obama.

If you feel awkward explaining why some schools are being renamed: “Make sure you have all the background information or know where to find it involving historical issues or current events,” says Maureen Costello. “In class, set the stage. Teachers have to do a lot of prep before they can manage conversations that are uncomfortable.”

The backdrop for these complex conversations is almost always political, says Jennifer Rich.

“I suggest just laying it out there...letting students know that conversations might get messy,” she says. “Part of learning to be a part of a community is learning to listen, rely on facts, agree with classmates, and disagree respectfully.”

Teachers are charged with illuminating history with facts and stories to help students process “the then with the now,” says Cecily Myart-Cruz. “In this way, educators can help students discuss issues facing their generation.”

The hardest conversations are when students don’t want to engage with facts, Rich adds.

“When they have dabbled, or more, with conspiracy theories or denial, conversations become less about discussion and more about pointing out untruths,” she says.

If talking about the Confederate battle flag, lynching, or slavery makes you uncomfortable:

“Have a conversation with yourself about how to frame these issues,” Costello explains. “Ask yourself: Why does this matter? Learning happens when you are made to feel uncomfortable.”

To spark conversation in class about painful symbols from the past or slavery’s bitter roots, use famous quotes from authors and activists, or assign books such as, “I Know Why the Caged Bird Sings,” by Maya Angelou, suggests Myart-Cruz.

“For example, ask students, particularly young ones, what is meant by a caged bird versus a free bird, and what kind of courage it takes to endure injustice.”

“Encourage students to consider cause and effect as a way to develop historical empathy,” says Rich.