Teaching Students to Hope for the Best

Just like reading and math, hope is something that students need to practice—and adults need to teach. 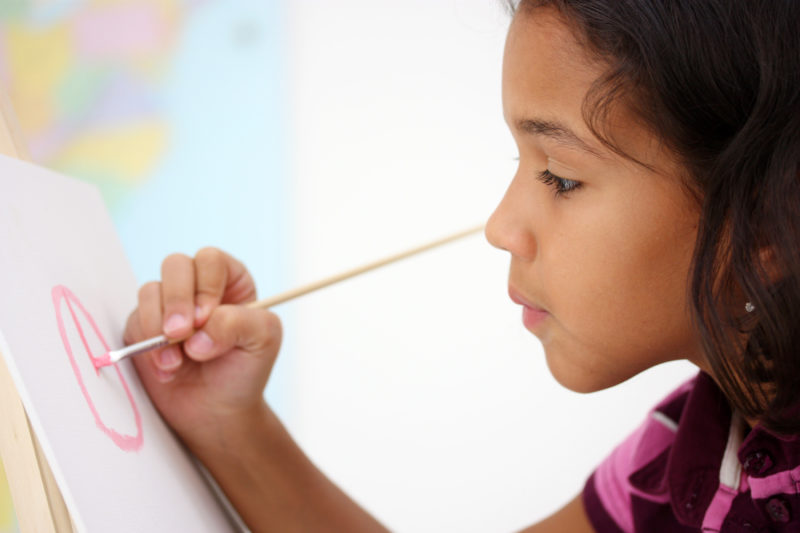 After spending years in educational research, Miller has concluded that it’s not the crime in their neighborhoods, the absence of a father at home, or any other so-called “risk factor” that holds students back in school.

And this is a good thing for educators to understand, he offers, because teachers and education support professionals can’t control those factors anyway. “But we can control the hope. We can control whether we believe in them, whether we have their back, and whether we can help them plan for the future.”

Just like reading and math, hope is something that students need to practice—and adults need to teach, says Miller. The more hope students have, the happier and healthier they are, the more they persist in academic lessons, and the likelier they are to graduate.

All of this is why the Washington Education Association (WEA) has invested a $450,000 NEA Great Public Schools Fund grant in cultural-competency trainings for more than 5,000 WEA members—2,000 last year and 3,000-plus this year—that focus on hope and resiliency. "Our teachers are hungry for this," says WEA Human and Civil Rights Coordinator Ben Ibale.

“This is the union saying, ‘We’re going to give you a voice and a framework to express your magical role,’” says Miller. “We [giving] kids hope is what inspired you to enter this profession, and now we’re going to help you get to the purpose of who you are, the essence of who you are. It’s not what we do.  It’s who we are.”

Mason Quiroz of Gaiser Middle School in Vancouver, Wash., is one of those inspired educators. He is also the rare middle-school teacher who has zero discipline problems—and not because he has angels at his desks. Many of his students get in trouble in other classrooms, and many would be called “at-risk” because of their economic disadvantages. “I have kids living in cars, whose only meals are the two they eat here at school,” he says.

Quiroz believes he has his students’ attention and respect because he has taken time to build meaningful relationships with every student, and because he, like Miller, has replaced the “at-risk” label with an “at-hope” philosophy. “I wouldn’t consider them at-risk. They’re pretty talented kids, in my eyes,” he says.

Last year, when his local union president asked if he’d be interested in learning more about how to teach hope, he jumped at the chance. “I was like, yes!” recalls Quiroz, a nationally board certified teacher. Because decades ago, he says, he was that kid who came to school with challenges, whose teachers couldn’t—or didn’t try—to reach him. “I’ve always related to these kids. I come from a background like that. I’ve always known my students have gifts, and I’ve always been aware of how powerful an educator can be in a student’s life,” he says.

What Quiroz heard in WEA’s training, which was developed in partnership with Kids At Hope, the University of Washington, and the Association of Washington State Principals and delivered more than 100 times last year, aligned with his own thinking. “I tell my students all the time, ‘The world deserves to see and experience the gifts and talents you have to offer,’” he says.

It also makes sense to Quiroz that his union would lead the way. Although cultural competency may not be traditional union work—it’s not salaries, it’s not health insurance, it’s not grievances—it should “absolutely be a priority for our union,” he says. Districts aren’t offering this kind of support to educators, “and our students can’t wait anymore.”

It does take time. Every Friday, for 30 minutes per class, Quiroz sets aside multi-step math equations. He and his students “circle up” and dive deeply into conversation. Sometimes they talk about “hope objects,” which are small things students bring from home to “remind them of their purpose,” says Quiroz. They discuss and write about their future aspirations, including how they’ll give back as adults. Quiroz shares, too. “The days of teachers vs. students is over,” he says. “It’s a collective effort where we all contribute to the prosperity of each other.”

This takes time, but also saves time. Without hours invested in building relationships, and in helping students articulate their dreams, which is the essence of hopefulness, “I’d be spending plenty of time writing [discipline] referrals,” Quiroz says.

Ideally, every student would be a time traveler, who can sit in a classroom and see the road to their future families, careers, and hobbies, says Miller. Every educator—and this includes bus drivers, cafeteria workers, every adult in a school—would be a “treasure hunter,” who glimpses the hidden gifts in students and excavates them with joy. “That’s my perfect world!” he says.

“I get some administrators who tell me that their staff isn’t ready for this,” he says. “I say ‘I know this. You’re not ready. But your kids are.’”