The ultimate civics lesson: teaching students to advocate for their futures 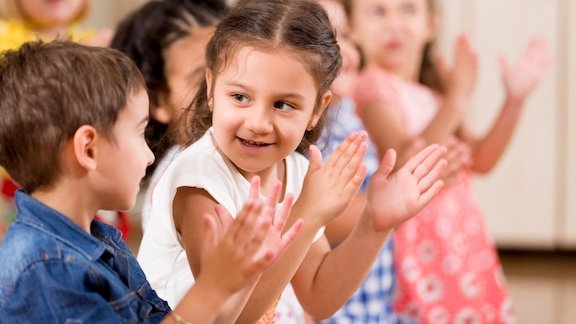 Oregon middle school social studies teacher Chris Riser says a new civics course has his young students enthusiastically engaged in figuring out how their government works. And he has learned while implementing the program, too.

“One thing that stood out to me was when I first saw the youngest plaintiff,” said Riser of seeing Levi Draheim, now 11 years old, on the steps of the state Supreme Court.

“This really young kid understood something about where we were that day that I didn’t,” said Riser. The case brought by 21 youth plaintiffs against the government represents a significant step in a fight for climate justice.

“This is a much deeper, much longer struggle, that we’re witnessing a snap shot of,” said Riser, who teaches social studies and mock trial. “The kids were really energized by it. They’re really excited now to hear the outcome, and they’re really tied into this historic moment.”

Riser and fellow educator and Oregon Education Association member Kevin Heeney have been working for years to teach the intersection of current events and history to their students. By bringing these middle schoolers to the front line of a current debate, they were able to pique students’ curiosity about the history of the topic and how they, too, can advocate on issues critical to their futures.

“Nothing that happens today is in a vacuum, it’s connected. History actually connects with what we are going through right now. I’m constantly looking for opportunities to do that,” says Riser.

Riser and Heeney say that Ultimate Civics, a course developed by marine toxicologist Riki Ott, has helped them develop a sense of agency and activism in their students.

“This curriculum is great for teaching students how to create an action plan that they can implement in their communities and nationwide,” says Heeney, who also teaches at Ockley Middle School. The goal of the course is to show students real time fixes and how concerned citizens around the country have already started taking action.

Ott decided to create the Ultimate Civics curriculum after the Supreme Court decision on Citizens United. She believes that civics and lessons on democracy could be taught from a fresh and dynamic perspective.

The civics she encountered in school was “not really teaching the reality of what was going on,” said Ott. “Teachers need to be, essentially, gearing up these kids so that this is a teachable moment to learn about our past.”

Heeney agrees, and says he sees many other educators building a greater emphasis around civics in the classroom.

“It is our responsibility to equip our students, to teach them how to stand up and represent themselves in at times increasingly hostile environments meant to suppress the people not understanding the Constitution and our laws,” says Heeney.

When Ott met with middle schoolers to teach a pilot version of the Ultimate Civics course, she helped the students identify their rights from the Constitution and to recognize when they are being violated. Her lesson inspired some of those middle schoolers to join Riser’s students in the rally following the arguments at the state Supreme Court.

They brought her back just before the trip to Eugene to teach how to create a poster, which helped solidify her lesson. The proposed slogan: “Our future is a constitutional right.”

An updated 2019 version of the Ultimate Civics course will be available at the end of the summer.