Technology Makes it Easier, But What Do We Really Know About Why Students Cheat?

By focusing too much on how students cheat, we may be ignoring some of the issues that are actually driving the behavior.
By: Tim Walker
Share 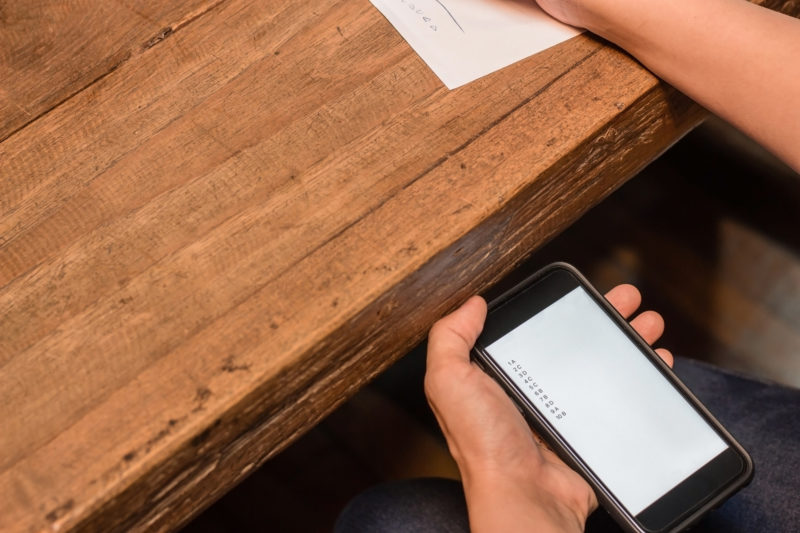 An educator worried about how technology in and outside the classroom has facilitated student cheating won’t breathe any easier after reading a recent story posted on Wired.com. The title: "AI is Making is Making It Extremely Easy for Students to Cheat."

AI, of course, is artificial intelligence, which in the form of online tool Wolfram|Alpha, provides students "an academic shortcut that is faster than a tutor, more reliable than copying off of friends, and much easier than figuring out a solution yourself." Since its release years ago, the tool, which solves equations and provides the steps to the solution, has become more sophisticated and, according to the article, its presence in the daily academic lives of college and high school students is growing.

Enthusiasts typically say that most digital technologies are exciting innovations that are changing the way students learn and that schools need to adapt to these rapidly changing technologies - an often-used trope that tends to blunt legitimate debate about the drawbacks for teachers and students.

The technology is impressive, but what many educators see is a quickly expanding catalogue of high-tech tools that have legitimate utility in the classroom, but are also used by students for shortcuts with their assignments or even outright cheating.

Cheating in school is an age-old problem, but there is little doubt that technology – cell phones in particular - has made it almost too easy. Students can take notes on their devices to peek at during an exam, text their friends for answers, or take photos of exams and send them to their friends.

“On social media especially, I think some students just see cheating as ‘sharing,’ And they think it is something good and worthwhile – especially if they see themselves as helping a classmate who is stressed out. They’re being a ‘good friend.’ - Karlee Cysewski, English teacher, Ririe, Idaho

A new survey by McAfee, an online security software maker, found that one-third of high school students admit to using cell phones or other devices to cheat in school. Six in ten reported that they have seen or know another colleague who has cheated on an exam or quiz. The results weren’t markedly different from a 2009 survey by Common Sense Media that revealed 35 percent of students had used their phones to cheat.

While technology provides new avenues for cheating, it's misguided and an oversimplification to single it out as a cause, says Gretchen Brion-Meisels, a lecturer at the Harvard Graduate School of Education. Focusing too much on students' use of the Internet, for example - while in some cases necessary - avoids addressing some underlying core issues

"There could be pressure or something significant going on the student's life in which they're not getting enough support to do the work, so cheating becomes a coping mechanism," explains Brion-Meisels.

The high-stakes testing culture, in addition to fueling stress, has corrupted learning in many schools by narrowing the curriculum and defining achievement as little more than scoring well on a bubble test.

If students believe that what and how they are learning does not seem relevant or useful, Brion-Meisels says, cheating is more likely to occur.

Monitoring students to curb student cheating, according to Robert Horn, a math teacher in Kernesville, North Carolina, is a “full-time job.”

"The way they cheat does evolve so you try to keep ahead, learning the nuances of the devices that they have or just trying to watch the sleight of hand," Horn told WFMY News in Greensboro.

High-tech student cheating has become a particularly acute problem in K-12 online learning. School districts are now facing challenges that college campuses have struggled with for years. Districts hire for-profit companies to develop online courses and tests that many students – especially if they are rarely, if ever, in the presence of teachers – find inordinately easy to game.

As a graduation coach at Patrick Henry High School in San Diego, Elizabeth Humphrey works in-person with students who are taking the online courses offered by the district. Usually, however, students work from home, although tests are supervised in-person by teachers.

If a district is setting up online learning that doesn’t require any in-person supervision, they are asking for trouble, says Humphrey.

“With online learning being somewhat new, the conversation is happening and people are strategizing about what works and what doesn't in dealing with cheating. But in-person tutoring, in-person academic support has to be there, just as in a regular classroom - not to mention a strong emphasis on academic honesty," says Humphrey.

One-third of high school students admit to using cell phones or other devices to cheat in school. Six in ten reported that they have seen or know another colleague who has cheated on an exam or quiz.

Every educator emphasizes high standards for honesty and makes it clear to students that cheating is unacceptable. An added wrinkle, however, is the perception among some students that what they are doing isn’t necessarily cheating, or at least can be somehow justified. The 2009 Common Sense Media survey included some revealing findings on this question. For example, while 41 percent of teens said that storing notes on a cell phone to access during a test is a serious cheating offense, 23 percent didn’t see it as cheating at all. And 20 percent of respondents, believe it or not, had the same attitude regarding texting friends about answers during tests.

Karlee Cysewski, an English teacher at Ririe High School in Idaho, believes some of her students seem more than willing to “help” their friends with these and similar practices. The notion that it is cheating may not enter into the equation.

“On social media especially, I think some just see it as 'sharing,' Cysewski says. “And they think it is something good and worthwhile – especially if they see themselves as helping a classmate who is stressed out. They’re being a ‘good friend.’

In Cysewski’s classes, the biggest challenge has been plagiarism, one of the first and enduring forms of cheating spurred on by careless Internet use by students. While there are various online tools educators use to detect plagiarism, Cysewski finds that getting to know her students and their abilities not only helps root out the offense but also opens up the necessary communication to correct the issue and move forward.

"I consider my classroom a safe place for students to fail," she explains. "So it's not really about reprimanding them as it is about figuring out a way to help them understand what they did. If I have a conversation with them, I can usually get to the bottom of the situation and be able to make a plan. They have to be accountable but I don’t approach the conversation as a 'I gotcha' moment.”

What Cheating May Reveal

Looking at the "whys" of students cheating was a goal of three researchers at the Harvard Graduate School of Education (HGSE) in 2016. In an article titled "Nurturing Ethical Collaboration," Alexis Brooke Redding, Carrie James, and Howard Gardner identified three primary drivers: peer pressure, careless use of digital tools, and  "a community-wide ethos of cheating" - a potential pitfall of a more collaborative learning environment.

In such a climate, they write, "unethical collaboration — students sharing test answers, for example — can flourish, and it can be hard for individual students to resist going along, especially when the cheating is framed by the community as altruistic, to help others."

To gauge reaction to the concept of "ethical collaboration," Gretchen Brion-Meisels and graduate student Zachary Goldman interviewed high school students in Massachusetts and Texas about their experiences with cheating. While students did cite individual misjudgment on the part of themselves or their peers, they also pointed to external factors and the climate and structure of the school, namely the pressure they felt from adults and their peers. Again, some students suggested that cheating in some "high-stakes moments"  was justified.

And while pressure from peers and adults is a major factor, Brion-Meisels' own conversations with students suggests many are less likely to cheat if their schoolwork is engaging and relevant to their lives, as opposed to an overemphasis on rote memorization or standardized tests.

"We want schools to be interactive in a way that forces students to think and grapple with real problems in real ways. The more we standardize the strategies and formats we’re using to engage young people in learning, the more likely we are to lose them."