The 'Trust Gap' in Schools ... And How Teachers Can Help Close It

Many students of color think school is unfair, but educators can help break the cycle of distrust that can harm long-term academic success. 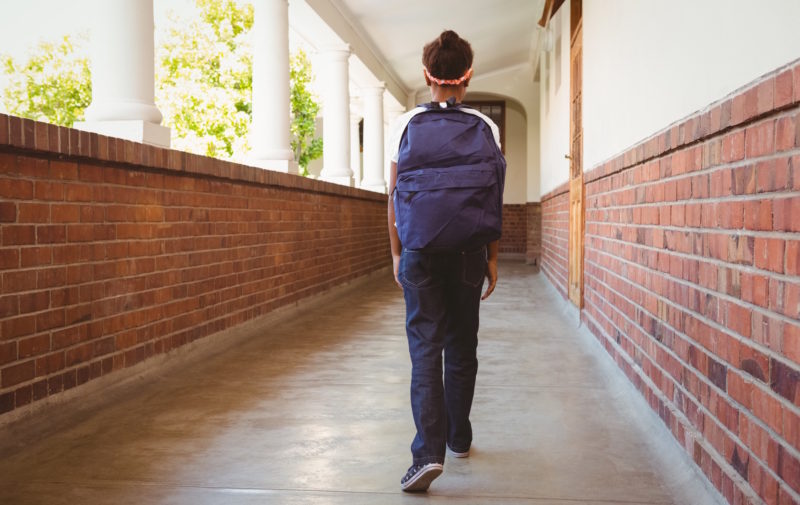 If students of color don't believe that school officials treat them fairly, a "trust gap" emerges that could impact college enrollment, even if they receive good grades, according to a new study.

What causes the "trust gap"? Extreme disparities in discipline and low expectations from teachers. Many students, particularly Black and Hispanic youths, develop a growing mistrust for authority once they perceive and experience these biases, says David Yeager, assistant professor of psychology at the University of Texas at Austin and lead author of the new report, published in the journal Child Development.

“When students have lost trust, they may be deprived of the benefits of engaging with an institution, such as positive relationships and access to resources and opportunities for advancement,” explains Yeager.

In an eight-year study, Yeager and his colleagues conducted twice-yearly surveys with white and African American students in the northeast and white and Hispanic students in rural Colorado, tracking them from middle school through the end of high school. The survey measured students' trust level by their responses to statements such as " I am treated fairly by my teachers and other adults at my school” and "If a black or a white [school name] student is alone in the hallway during class time, which one would a teacher ask for a hall pass?"

The researchers found that trust decreased for all students during seventh grade - a time when a student is most likely to first detect unjust policies - but the declines were much faster for Black and Latino students. Furthermore, these students were more likely to be cited for behavior infractions the following year, even if they had never been in trouble before and received good grades. School records revealed that the racial disparity reported by many students did in fact exist.

“Perceived bias and mistrust reinforce each other. And like a stone rolling down a hill that triggers an avalanche, the loss of trust could accumulate behavioral consequences over time" - David Yeager, University of Texas at Austin

African American students who lost trust in seventh grade were also less likely to make it to a four-year college six years later.

The perception that a wide racial gap exists in school disciplinary actions is grounded in a growing body of evidence. According to the U.S. Department of Education’s Civil Rights Data Collection, Black students are suspended and expelled at a rate three times greater than are White students.

Furthermore, in many of the 19 states that still allow corporal punishment, Black students are punished with physical force significantly more often than their White counterparts.

“Perceived bias and mistrust reinforce each other," says Yeager. "And like a stone rolling down a hill that triggers an avalanche, the loss of trust could accumulate behavioral consequences over time. Seeing and expecting injustice and disrespect, negatively stereotyped ethnic minority adolescents may disengage, defy authorities, underperform and act out.”

And yet, Yeager and his colleagues discovered that this "feedback loop" can at least be disrupted by actions taken by individual educators.

Using a small subset of their sample, the researchers tested a "wise feedback" intervention designed to improve student trust. Using drafts of an essay written by the students, the researchers attached one of two notes from their teacher.

While this encouraging "wise feedback" note did appear to have any discernible impact on White students, the influence it had on Black students may have been significant. Not only were their essay revisions greatly improved, but the students also had fewer disciplinary incidents the following year and were 30 percentage points more likely to be enrolled in college six years later.

The researchers caution that no intervention - especially a one-time note from a teacher - can fully dispel concerns about fairness and discrimination. Reducing bias is first and foremost an institution-wide imperative. Still, even a "minor interruption" can create a classroom climate that can begin to restore student trust.

"Of course truly 'wise' educators do not simply append notes to essays and end their interventions there," the report states. "Instead they continually send the message that their students are capable, valued, and respected, weaving it into the culture of the classroom."