If schools are going to conduct drills, says NEA President Lily Eskelsen García, they need to take steps to ensure they do more good than harm. 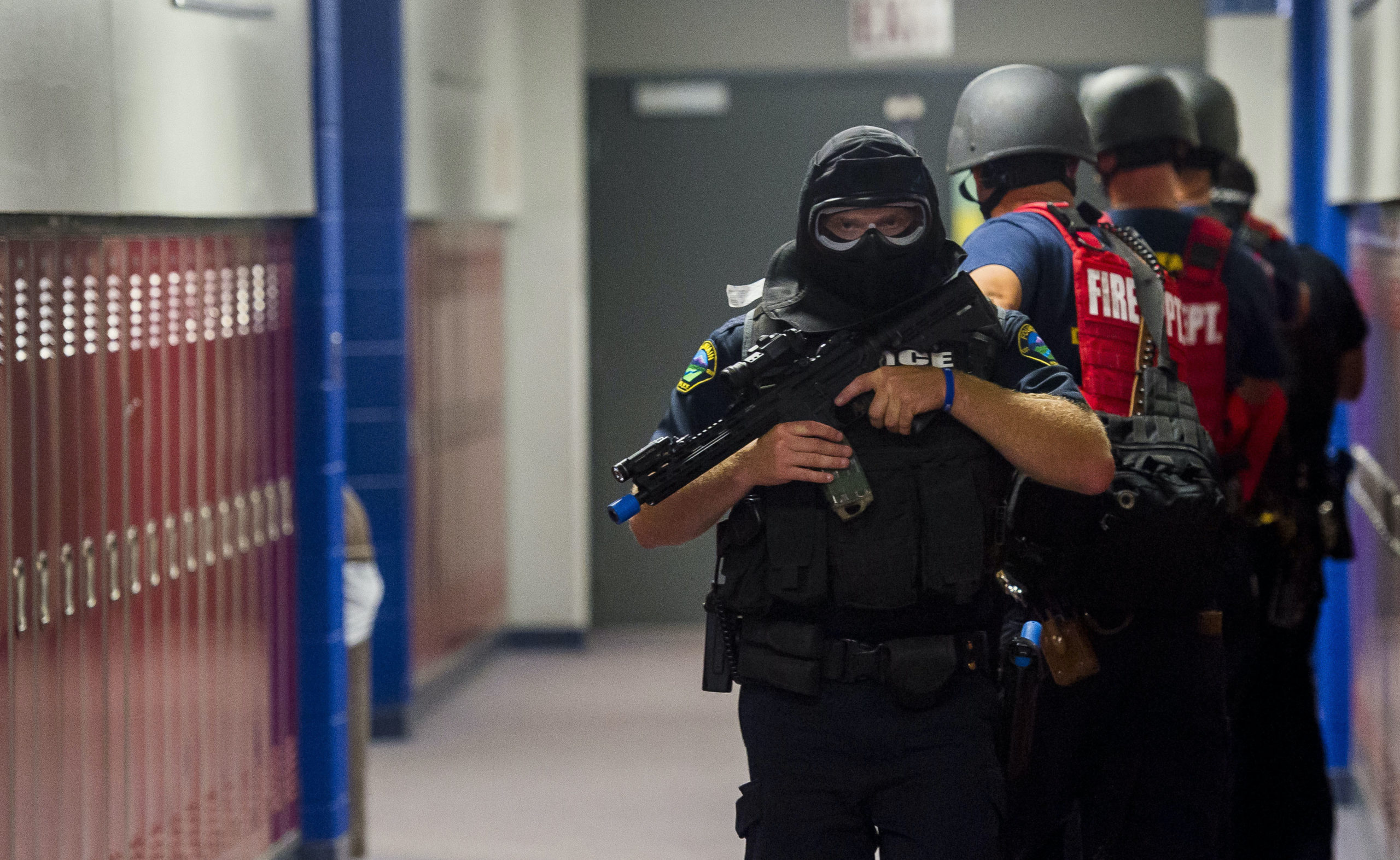 (Photo by Dougal Brownlie, The Gazette)

Although they account for only 0.2 percent of the approximately 36,000 annual gun deaths in the United States, school shootings have traumatized the nation and driven much of the gun violence debate. While the public has demanded action from lawmakers to protect students, school districts have too often resorted to measures that offer the appearance of decisiveness, but do little to increase safety. In fact, they may be doing considerable harm.

Soon after the shooting at Columbine High School in April 1999, schools began implementing active shooter drills. Soon, districts across the country followed suit. By the 2005-06 school year, 40 percent of public schools drilled students on lockdown procedures. By the 2015-16 school year - three years after the Sandy Hook shooting - that number had skyrocketed to 95 percent. In the 2017-18 school year, more than 4.1 million students endured at least one lockdown.

Comprehensive safety plans are obviously of paramount importance to every school, but the proliferation of these drills - many of which are unannounced or actually simulate gun violence - has prompted concerns from educators, parents, and mental health professionals.

According to a new report by Everytown for Gun Safety, the National Education Association (NEA) and the American Federation of Teachers, unannounced active shooter drills are a detrimental and unproven school safety tactic.

“Everywhere I travel, I hear from parents and educators about active shooter drills terrifying students, leaving them unable to concentrate in the classroom and unable to sleep at night,” said NEA President Lily Eskelsen García. “That is why, if schools are going to do drills, they need to take steps to ensure the drills do more good than harm.” 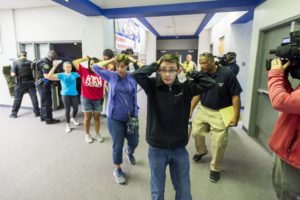 Lockdown and active shooter drills are an unfortunate consequence of what’s become a new normal in America: mass shootings. Schools need to be more aware of the impact on students, says one expert.

Are active shooter drills in schools currently doing any good? That's hard to say because “there is extremely limited research available on drills’ effectiveness,” according to the report. Two studies have suggested they can be constructive if they are announced in advance and take proactive measures to reduce student anxiety.

In addition to criticizing unannounced shooter drills, the report also singles out so-called ALICE drills. ALICE stands for alert, lockdown, inform, counter, and evacuate. During these drills, schools carry out an actual simulation of a shooter situation, complete with pretend intruders who often fire off blanks or rubber pellets.

Not surprisingly, the psychological toll can be significant, says Janet Shapiro, dean of the Graduate School of Social Work and Social Research at Bryn Mawr College.

“Young children have a hard time telling the difference between fantasy and reality especially when stressed or anxious,” Shapiro told NEA Today in 2019. “Which is why you hear about many younger students crying inconsolably during drills. Even second and third graders can regress under the stress of a lockdown drill and the fear and anxiety they may cause — the drill itself calls attention to the possibility of a mass shooter in the school, and kids vary in terms of their ability to reassure themselves that the drill is not real.”

A drill at an East Orange, New Jersey middle school in 2018 left one student wondering if she was going to “finish the day alive.”

“That drill made me get mad at the school and everything,” the eighth-grader said. “It really made me angry and sad and feel kind of trapped, because what am I supposed to do?”

In December, a senior and her classmates at Lake Brantley High School in Orlando were traumatized after a drill prompted them to hide in closets and locker rooms, not knowing whether there was a real gunman lurking on campus. She told the Orlando Sentinel that she woke up the following morning not wanting to return to school.

Unbelievably, staff at Meadowlawn Elementary School in Indiana were lined up against a school wall and shot in the back with pellet guns. “They told us, ‘This is what happens if you just cower and do nothing,’” one teacher told The Indy Star. “I was hit four times. It hurt so bad,” one teacher said.

And in 2013, A history teacher at Worcester’s Claremont Academy in Massachussetts left the classroom sobbing after an active shooter drill involved a hooded man pointing a gun at teachers’ heads and shouting “bang!”

Whether it's students or staff, said Melissa Reeves, former president of the National Association of School Psychologists, unannounced shooter drills can potentially “trigger either past trauma or trigger such a significant physiological reaction that it actually ends up scaring the individuals instead of better preparing them to respond in these kinds of situations.”

So, despite a lack of evidence over their effectiveness and rising fears over the toll on students and staff, why are active shooter drills in schools so common?

As the Everytown report points out, school safety is big business, and these drills are a $2.7 million industry. The ALICE Training Institute (“The company behind America's scariest school drills,” says the The Huffington Post) cultivates the belief that a more “proactive” tactics are the way to save student lives. For example,  ALICE trainers advise students and educators to consider “countering,” or confronting an intruder - advice many experts believe is dangerous.

The Skewed Focus on ‘School Hardening’

If shooter drills are to occur, the report recommends they be more thoughtfully designed and implemented. In addition to schools informing parents in advance, and letting student and educators know before they start, drills should at a minimum:

- not include simulations that mimic an actual incident;

- be developed around age and developmentally appropriate drill content with the involvement of school personnel, including school-based mental health professionals;

- couple drills with trauma-informed approaches to address students’ and educators’ well-being; and

- be evaluated for efficacy and impact on students and staff.

While these improvements would be a welcome step, undue attention on drills leaves too little space for more proven solutions, said Sari Kaufman, a survivor of the shooting at Marjory Stoneman Douglas High School in Parkland and a member of the Students Demand Action national advisory board,  “like keeping all firearms in the home secured and passing red flag laws.”

At the national level, the House of Representatives passed two bills aimed at expanding background checks on gun purchases, but both have stalled from lack of support from the U.S. Senate and White House.

“The fact that we’re focusing on these drills at all is a failure of the Administration and Senate to take any meaningful steps to address the fact that too many very dangerous people have very easy access to very dangerous weapons,” said Eskelsen García. “We need to pass common-sense measures to keep guns away from people who shouldn’t have them.”

Everytown USA, NEA, and AFT have also updated Keeping Our Schools Safe, which provides clear guidance for schools and lawmakers in how to intervene before gun violence in schools can occur.