The ground is shifting under the charter school industry as educators lead a national uprising against school privatization. 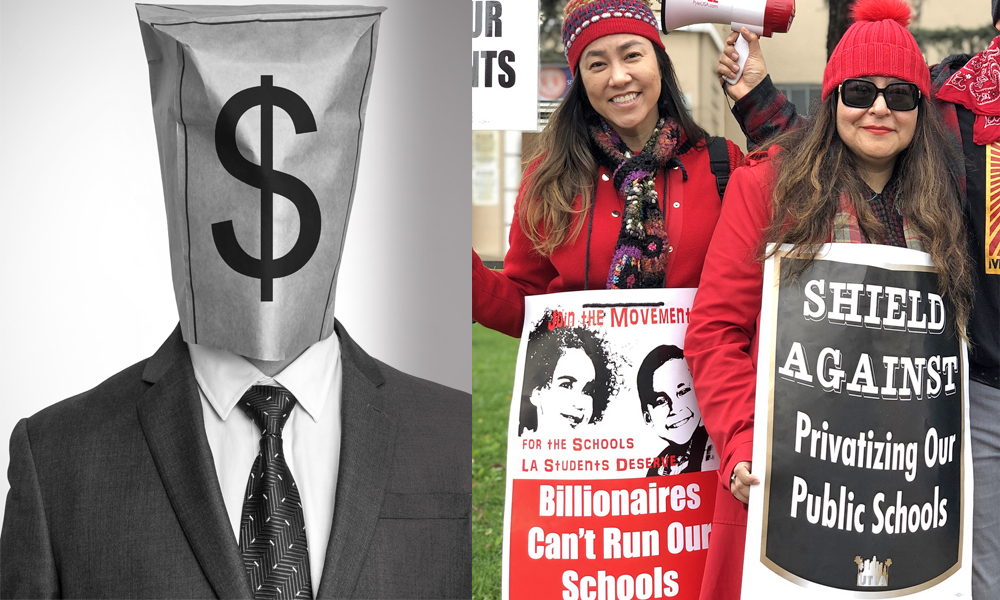 In his January 15 State of the State Address, Arizona Governor Doug Ducey seemed to acknowledge that his zealous pursuit of what he calls “choice and competition” in education was careening a little off course.

“We know improvements can be made,” Ducey said. “More transparency, more accountability, and granting financial review and oversight over taxpayer dollars.”

But, as EJ Montini pointed out in The Arizona Republic, Ducey, an ardent supporter of school privatization, couldn't actually bring himself to attach the words “charter school” to that or any other sentence in his speech.

“You can't begin to confront a problem when you can't even speak its name,” Montini wrote. “If the governor really wants ‘more transparency’ and ‘more accountability,’ as he says, a good first step would be admitting where the problem lies. Just say it … charter schools.”

As catalogued in an investigative series by The Republic, the state's for-profit charter sector is plagued by financial mismanagement, profiteering, and a mixed (at best) academic record.  Glossing over this reality, however, has become something of a time-consuming — and increasingly futile — task for pro-privatization lawmakers in the state and across the nation. 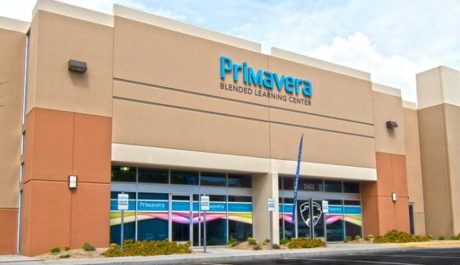 According to an investigation by the Arizona Republic, Primavera Online charter school has the third-highest dropout rate in the state and test scores that are below average. Despite this record, its CEO received an $8.8 million payout in 2017.

As these schools have saturated many districts across the country, the costs to public education and to communities has become clearer, and the people have begun to push back.

In Arizona, modest charter reforms are finally showing signs of life in the legislature — thanks in large part to the leadership of the Arizona Education Association (AEA). “Our students are the ones who suffer when we don’t hold charter schools accountable,” says AEA President Joe Thomas.

As state legislatures and school districts are starving public education — asking educators to do far more with far less — the corporate billionaires behind the growth of unaccountable charter schools have been privatizing public education and diverting resources from our children to their wallets." - NEA President Lily Eskelsen García

Ohio's charter sector — once considered the "Wild, Wild West" for charter expansion — has been knocked back on its heels by a deluge of embarrassing failures, most notably the notorious failure of the Electronic Classroom of Tomorrow, the state’s largest charter virtual school that closed its doors suddenly in late 2018. (Indeed, the record of cyber charters nationwide is dismal across-the-board.)

The resulting outcry forced Ohio lawmakers to pass a series of measures designed to strengthen accountability and require fraudulent charter school funds to be returned to school districts.

It's California, however, that has dealt the charter industry its most serious recent setbacks. In November 2018, Marshall Tuck, a former charter executive, was defeated in the closely-watched race for state superintendent by Tony Thurmond. Thurmond, strongly backed by the California Teachers Association, has promised to curb the growth of charter schools in the state.

And of course, United Teachers Los Angeles (UTLA), in their historic and successful six-day strike in January, forced the district to reevaluate the impact of charter schools in their communities.

This rather sudden reversal of fortune comes after more than two decades of almost unchecked expansion, fueled by deep pockets, minimal transparency, and adoring national media coverage. Little wonder then that many corporate charter school operators and their backers nowadays may be a little dazed and confused.

Educators and their unions have lobbied for checks on the charter industry for years, but “more communities are coming to see that charter expansion is in no way some sort of magic cure-all,” says Bob Tate, NEA senior policy analyst.

“To the contrary, charter expansion has been creating more problems than it helps solve.”

The ‘Bubble’ Starts to Burst

Just days before Ducey's address, the Grand Canyon Institute, a centrist think tank based in Phoenix, released a report that suggested that Arizona's lightly-regulated charter sector may be on the verge of a mini-meltdown.

The institute examined charter school finances between 2014 and 2017 and concluded that more than 100 of the state's 540 charter schools are in danger of closing because of excessive debt and other financial troubles.

“You will see a bunch of charters folding suddenly,” said the report's co-author Curt Cardine, a former charter school executive.

Preston Green, a professor of educational leadership and law at the University of Connecticut, isn't particularly surprised. 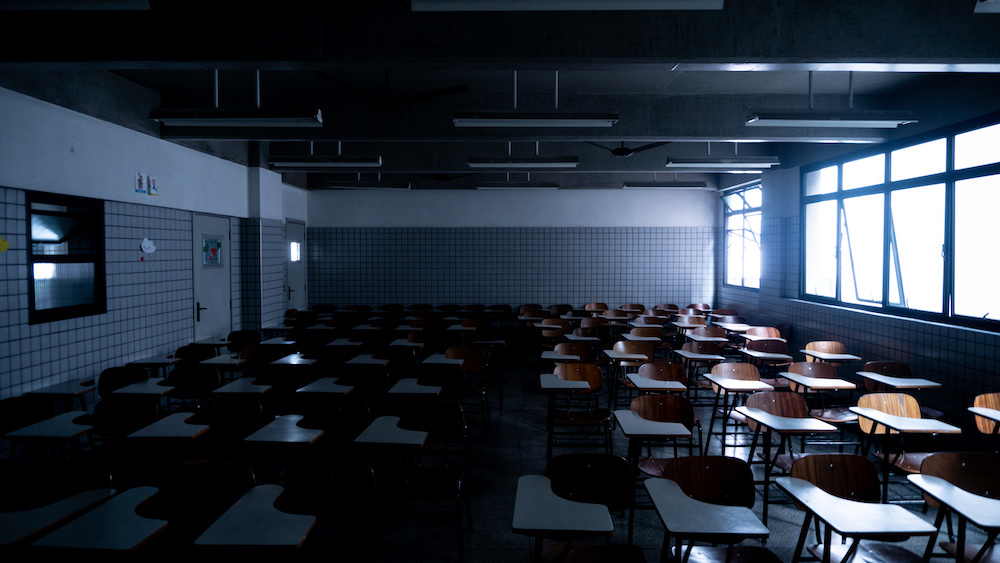 Many charter schools open quickly, but they close quickly as well. According to the Center for Media and Democracy, roughly 2,500 schools shut their doors from 2001 to 2014.

In 2016, Green published a paper called “Are We Headed Toward a Charter School Bubble?” in which he made the case that the glut of charter school authorizers and the scarcity of oversight was creating an abundance of poor performing schools in low-income communities. He likened the situation to the subprime loan crisis that triggered the 2008-09 economic recession.

“We warned that the policy of multiple authorizers, which was designed to increase the number of charter schools, could lead to the insufficient screening of charter schools,” Green explains. “Independent authorizers would be freer to issue charters because they did not assume the risk of failure.”

As teacher and blogger Peter Greene wrote in 2017, “just google ‘charter school closes unexpectedly,’ and watch the stories pile up.”

The charter “bubble” Green identified may be forming in Chicago according to a new article published in Journal of Urban Affairs.  “Faulty and simplistic assumptions behind market-based strategies,” the authors write, “has led to an overproduction of charter schools — the results of a self-interested growth mandate that can undermine the stability of the public school system as a whole.”

‘More Work Needs to Be Done’

Alex Caputo-Pearl, president of United Teachers Los Angeles, takes it a step further. Caputo believes the unchecked growth of unaccountable, corporate charter schools in the city  “will lead to the demise of the civic institution of public education.”

Los Angeles educators made a cap on charter schools and a reexamination of their impact a central tenet of their recent historic strike. This week, in a 5-1 vote, the school board passed a resolution calling for a state study into the impact of charters and an 8- to 10-month moratorium on new charters in the district until the study is complete. Caputo-Pearl called the vote “a win for  justice, transparency, and common sense.”

The charter moratorium vote is a groundbreaking moment in the fight for public education in LA, one that is reflective of what UTLA members, parents, and our communities have fought so hard for: A sustainable public school district that serves all students. https://t.co/diYkz7hYlh

And one that is likely to reverberate across the country. With UTLA showing the way, expect more educators in other states to make unaccountable charter schools and their financial impact on public schools a lynchpin of their organizing and mobilization efforts.

“What UTLA members and community supporters of the strike called attention to is the part about charters that has tended to get talked about a lot less: how charter expansion has deprived public school students of the resources they need,” Bob Tate explains.

This is  “bargaining for the common good” in action. Increasingly, unions are building coalitions with partners around contract demands that benefit the greater community.  Through common-good bargaining "communities and citizens see what they and unions can accomplish working together that they often cannot achieve acting alone,” says Tate.

“Coalitions such as that built between NEA members, parents, and other community stakeholders can be powerful forces for our students and for the common good of our communities — as we just saw in Los Angeles.”

Preston Green also credits educators in helping inform the public about the dangers posed by unfettered charter school growth. While a shift appears underway and some lawmakers are taking encouraging steps, Green also cautions that progress can easily stall.

“More still needs to be done. I do not think the public truly understands all the problems posed by charter schools. Until that time arises, public officials will not act.”