Only 8 percent of U.S. high school seniors can identify slavery as the central cause of the Civil War. A new study issues an urgent call on schools to do a better job at teaching the country's 'original sin.' 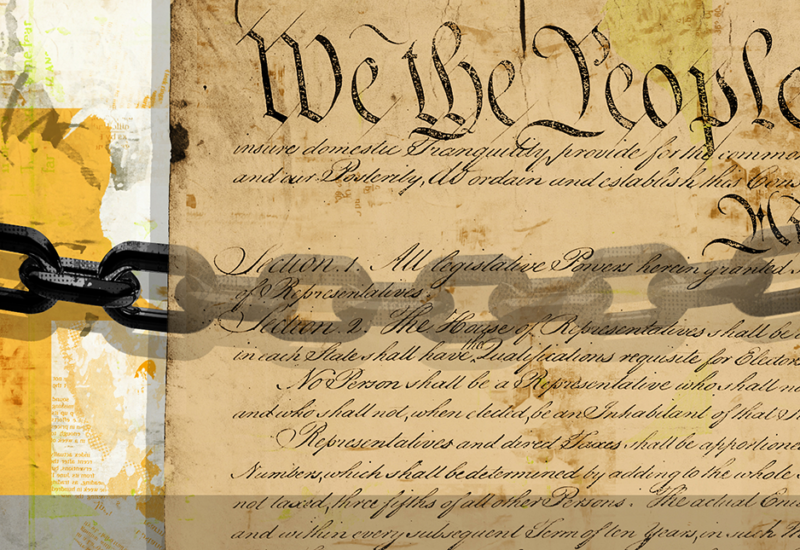 Only 8 percent of U.S. high school seniors can identify slavery as the central cause of the Civil War, according to a new report released by the Teaching Tolerance Project of the Southern Poverty Law Center.

The verdict: "It’s clear that the United States is still struggling with how to talk about the history of slavery and its aftermath."

The findings are troubling, says Teaching Tolerance Director Maureen Costello, because "learning about slavery is essential for us to bridge the racial differences that continue to divide our nation.”

"Schools must do a better job of teaching American slavery and all the ways it continues to impact American society, including poverty rates, mass incarceration, and education,” said Costello, a former history teacher. “This report places an urgent call on educators, curriculum writers, and policy makers to confront the harsh realities of slavery and racial injustice.”

As part of the study, Teaching Tolerance administered a multiple choice survey to 1,000 high school students. The results revealed a disturbing lack of knowledge about the basic facts surrounding slavery. In addition to being unable to correctly cite slavery as the central cause of the Civil War (almost half of the respondents selected "to protest taxes on imported goods"), two-thirds don’t know that it took a constitutional amendment to formally end slavery. Overall, not one question on the survey was answered correctly by 2/3 or more of the students.

Teaching Tolerance also surveyed 1,700 teachers on their attitudes on teaching slavery. Almost all teachers (97 percent) agree that learning about slavery is essential to understanding American history. Forty percent of teachers, however, believe their state offers insufficient support for teaching about slavery, and 58 percent find their textbooks inadequate.

Although a high percentage of educators claim they are comfortable talking about slavery in their classroom, the report found that their "responses to open-ended questions reveal profound unease around the topic."

For example, one teacher from Washington state told the reseaerchers, “I dislike that it can turn into a race issue, although there are other forms of modern slavery continuing in the present day." Another expressed concern that “it is challenging to establish a classroom in which race can be talked about openly. They are ready to label each other as ’racist.’”

As Hasan Kwame Jeffries, Associate Professor of History at Ohio State University, makes clear in the preface to the report, teaching slavery is a challenge:

Resources are not the issue. An already abundant supply of online materials are augmented by centers and museums dedicated to the study and teaching of slavery. What's missing is a national consensus and leadership that leaves many teachers, despite their enthusiasm for the subject, ill-equipped to design, let alone implement, sound pedagogical practices.

Instead, schools turn to specific practices or approaches that miss the mark. Teachers, when asked by the researchers about some of their favorite classroom strategies, would often describe classroom simulations, which, for a subject like slavery, can be a risky and ineffective approach. Also, slavery is usually presented as an exclusively southern institution, which is inaccurate. And too often we skate over how the racist ideology of white supremacy was used to justify and reinforce slavery.

The tendency not to delve into the nation's disturbing past is a sizable obstacle, writes David Blight in the introduction to the report. It's a need "to conceive of and understand our history as 'progress,' as the story of a people and a nation that always sought the improvement of mankind, the advancement of liberty and justice, the broadening of pursuits of happiness for all."

Removing our collective blinders on the integral role white supremacy and slavery has played in the building of the nation first requires a national conversation. By doing a much better job of teaching about slavery, schools can help create a climate for such a dialogue.

Teaching Tolerance assembled an advisory board of distinguished scholars, and partnered with teachers and institutions of higher education, to develop a framework and offer a set of recommendations for teaching about slavery. These include fully integrating American slavery into lessons about U.S. history, expanding the use of original historical documents, improving textbooks, and strengthening the curriculum on topics involving slavery.