Challenges lie ahead, but the resounding defeat of a higher-ed ban is just the latest win for ethnic studies.

The bill would have cut state funding for community colleges and public universities that teach courses, or host events and activities, that “promote division, resentment or social justice” toward another race, gender, religion, political affiliation or social class.

Writer Shaun King called it an effort to protect “white supremacy and cultural hegemony.” Meanwhile, in other states, ethnic studies is expanding, buoyed by research showing its positive effects on student attendance, grades, and other indicators of learning.

While that law still faces a court challenge in federal appeals court, ethnic and social-justice activists were galvanized by the attack. Tucson students chained themselves to chairs during a school board meeting. Some were arrested. Their resistance spread. “The ban in Arizona lit a fire for everyone here to think, ‘Hey, we should be doing something about this,’” said Jose Lara, a Los Angeles social-studies teacher and 2015 winner of the NEA Human and Civil Rights Social Justice Award, to The Atlantic.

“Keeping students from learning about their own history is institutional racism, and as educators we have a responsibility to do something about it. Ethnic studies is what anti-racism education looks like in the classroom,” Lara told an NEA audience in 2015.

In the wake of the Arizona ban, ethnic studies spread to Texas and California. In Texas, in 2015, the State Board of Education voted to include Mexican American studies as an elective in the state curriculum. By 2015, at least five California counties, including Los Angeles, San Diego, and San Francisco, required ethnic studies for high school graduation.

Advocates pointed to a Stanford University study showing that high school students taking ethnic studies courses had increased attendance by 21 percent, on average, and improved their grades by at least one whole grade level. “These surprisingly large effects are consistent with the hypothesis that the course reduced dropout rates and suggest that culturally relevant teaching, when implemented in a supportive, high-fidelity context, can provide effective support to at-risk students,” wrote the study’s authors. 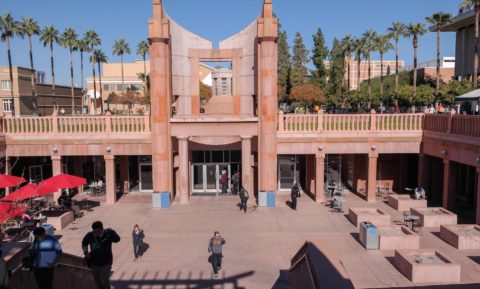 In January, a Arizona lawmaker proposed a bill would have cut state funding for community colleges and public universities that teach courses, or host events and activities, that “promote division, resentment or social justice” toward another race, gender, religion, political affiliation or social class.

Then, in 2016, California Gov. Jerry Brown signed into law AB 2016, which requires the development of a model curriculum for ethnic studies in high schools, to be offered in schools in 2020.

In proposing the recent Arizona bill, State Rep. Bob Thorpe cited an Arizona State University (ASU) class in which students learn how the concept of “whiteness” developed and read The Everyday Language of White Racism, a book written by a University of Arizona professor, who, among other things, points to the existence of institutional racism in the U.S. (Last year, NEA committed itself to expanding its work against institutional racism, first by acknowledging its existence.)

This talk of racism is “divisive,” said the bill’s proponents, who have not given up despite their recent failure. “Wouldn't it be interesting to see if other states all of a sudden pick up this idea and maybe move forward with it? Wouldn't it be interesting to see if maybe next session we can move forward with something like this?" Rep. Thorpe asked journalists.

But one ASU student told the Arizona Republic that ethnic-studies critics have it all wrong. “Where they say ‘division and exclusion,’ we say ‘empowerment,’” said Randy Perez, who is triple majoring in political science, public policy and justice studies. “So many different minority communities who feel marginalized take the classes that are being targeted here—African-American studies, justice studies–to learn more about the sides of history we usually don’t see, to learn about their identifies and to build equity in society.”

The principles of academic freedom, which NEA strongly supports, set out that faculty must be free to teach and research in the aim of truth and the common good. These principles are increasingly under attack in efforts to undermine faculty tenure in Republican-led states like Wisconsin, Missouri, and Iowa. Tenure, the ability to work on controversial subjects like climate change or gun control without fear of reprisal, goes hand in hand with academic freedom.

Recently, the right-wing organization Turning Points U.S.A. created an online “Professor Watch List” and asked students to report faculty who “advance a radical agenda." Faculty who have been reported include ethnic studies professors, like CSU Northridge’s Rodolfo Acuna, an NEA Higher Ed member, who suggested in class that Chicano people in the U.S. have been oppressed. (NEA Higher Ed leaders have asked professors to report themselves, to render the list “null and void.”)

"My belief is that curriculum should be designed by experts in a field, not by lawmakers," said ASU’s Lee Bebout, the associate professor who teaches the racial-theory class singled out by Republican Thorpe, to the Arizona Republic. "That's the whole reason why we have academic freedom in the U.S."