Want to Reduce the Teacher Shortage? Treat Teachers Like Professionals

Focusing on recruitment over retention, says one expert, is like "pouring water in a bucket that has holes at the bottom." 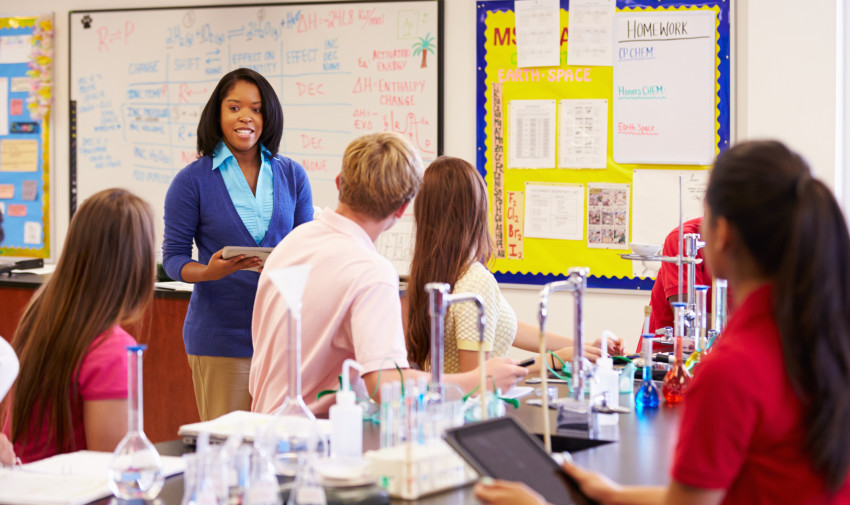 All of a sudden everybody is talking about the teacher shortage, thanks in large part to a recent article in The New York Times that examined the desperate measures districts are taking - including dropping certification requirements - to fill vacancies. Too many pink slips were given out during the recession, the economy is improving, the teacher pool is dry, so we need to recruit, recruit, recruit. End of story? Not so fast, says Richard Ingersoll, professor of education and sociology at the University of Pennsylvania. Ingersoll, who has been tracking the teacher profession for years, recently spoke with NEA Today about the nuances behind the teacher shortage narrative and why we need to turn the spotlight on keeping good teachers in the classroom.

We're hearing a lot in the media about the teacher shortage across the country, and some are even calling it a "crisis." What does the data tell us about what's really happening?

Richard Ingersoll: It tells us this: We do not have a teacher shortage in the sense that we have an underproduction of new, qualified teachers. The conventional wisdom - seen in the flurry of news reports at the beginning of every school year - tells us that we do, but It’s not true and it's never been true. We do, however, have schools where the principals report that they have difficulty filling positions in some fields, which are usually math, science and special education. So there are hiring difficulties, but it's mostly due to too many teachers leaving before retirement. That's the basic story. 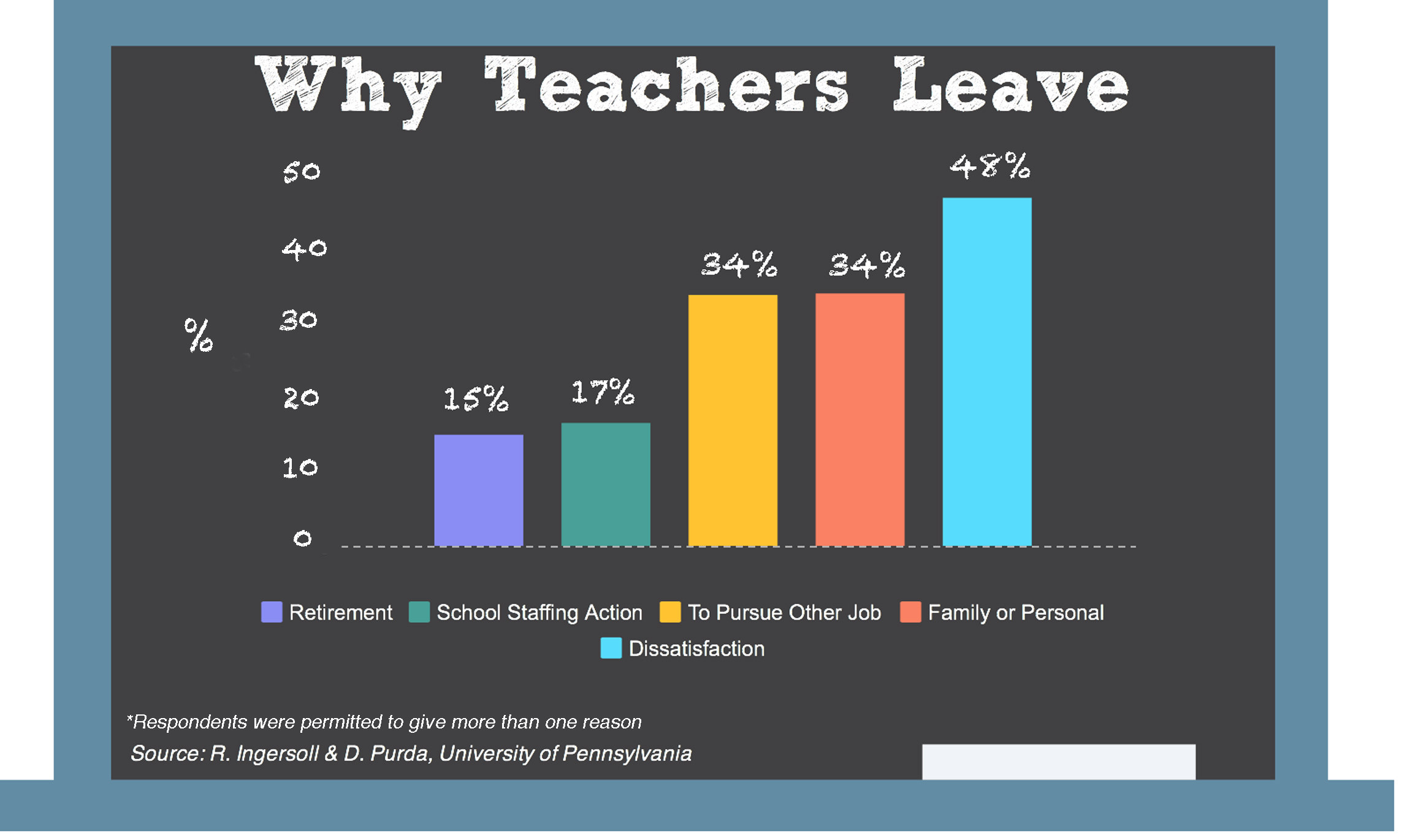 People look at recent enrollments from colleges and schools of education and say, "Gosh, there are hardly any new graduates." That seems reasonable, but in fact newly-qualified grads are only a small part - maybe one-fifth - of the teacher supply pool. Far more come from what we call the "reserve pool" - former teachers who come back in -  or "delayed entrants," people who went through those programs but didn't teach right away. It's true that enrollments in teacher colleges over the last few years went down, but that was no doubt due to the fact that hiring had slowed down and people realized that many of last year's graduates weren't getting jobs. So maybe as demand is going up, some of these programs may begin to take in more applicants.

So, yes, there are problems out there with hiring. The economy seems to be improving. But I thinks it's a case of wrong diagnosis, wrong prescription. We should always recruit new teachers but the real issue is, how attractive a job is teaching? Do people want to work in the school and, more importantly, do they want to stay there?

So this is really a retention issue?

RI: If you look closely, the vast majority of job openings are simply a result of people who left at the end of the previous school year. This is pre-retirement turnover, mostly driven by dissatisfaction. And we're seeing large school-to-school differences in turnover, even within the same district. We always want to recruit more, but this totally ignores that too many teachers leave within the first five years. Instead of working on keeping and supporting new teachers, the conversation is about very expensive and often ineffective recruitment initiatives. We're widening the gate and lowering the bar. 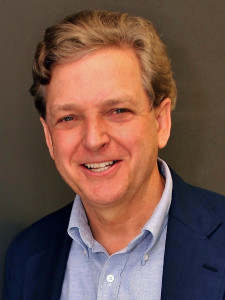 Dr. Richard Ingersoll of the University of Pennsylvania.

RI: Salary is definitely a factor, but it's not the most important one. The data consistently show us that a big issue is how much voice, how much say, do teachers have collectively in the school-wide decisions that affect their jobs? Are teachers treated as professionals? That's a huge issue. Coupled with that is giving individual teachers discretion and autonomy in their own classroom. Teachers are micromanaged. They have been saying for a long time that one size doesn't fit all, all students are different. But they're told to stick to the scripted curriculum, which might work for a weaker teacher but it drives good teachers nuts. And for beginning teachers, the lack of support is a key issue.

The poorer schools and the urban schools have higher levels of turnover overall because they tend to - not aways -  have worse working conditions. They're usually the most centralized and the most micromanaged in this era of accountability.

What is the attrition rate for newer teachers? There's been some conflicting numbers about this recently.

RI: Right. We generated this statistic over a decade ago that 40-50 percent of beginning teachers were gone within five years. This past spring, the U.S. Department of Education released a new study, the Beginning Teacher Longitudinal Survey, which shows a lower rate in the first few years. I would like to say that the rates of attrition are lower because job satisfaction has improved. Maybe we've made some progress, but that's premature. I suspect it's simply due to the recession. During a bad economy, employee turnover goes down. We'll know more when we get the next wave of data.

What are some of the costs associated with high teacher turnover?

RI: There are benefits associated with some degree of employee turnover -  you get some fresh blood, you want your lower performers to move on, etc. But high levels of teacher turnover are not cost-free, which many school systems have always assumed  to be the case. We've tried to drill down on some of the costs and consequences. I had a  doctoral student, for example, who found in New York City Schools that, over time, a chronically revolving door hurt student achievement. And the financial costs of having to fill these positions every year is very, very high. The private sector understands these costs. I'm not sure school districts do.

What needs to happen to address turnover and where are you seeing progress?

RI: Well, teachers should be paid more, but that's a tough one politically because it's a money issue. Reducing class size is important but also expensive. But here's the thing: Improving many workplace conditions, giving teachers a voice, treating them as professionals doesn't have to cost money. It's a management issue.  Now, it may not be expensive, but that doesn't make it easy. This is not Singapore or Finland or Korea.  Teaching is not held in high esteem in this country.

I do like this small movement of teacher-run schools, where teachers are the partners, similar to a law firm. They decide salaries, curriculum, everything. So that’s a professional model that has a lot of promise.

For newer teachers, the good news is that the "sink or swim" model has largely disappeared. We have seen a big growth in induction and support programs - mentoring especially  - for beginning teachers. Obviously they vary in quality. But there’s been improvement and we have a solid body of research showing positive effects, even on student achievement.

If we don't figure out a way to reduce teacher turnover, the best recruitment strategies won't work. Think of it as trying to pour water into a bucket that has holes at the bottom. Our focus needs to be on plugging those holes.