"We Changed the Conversation": How Public Education Shaped Election 2018

Thanks to the historic level of educator activism, the majority of the American population now lives in a state with a pro-public education governor. 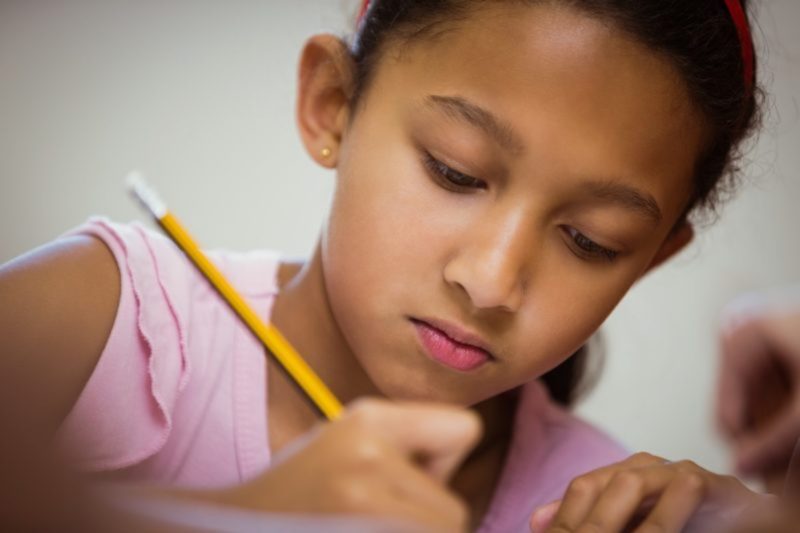 Votes are still being counted in many states, but the final tally is not going to change the bottom line: Big change is on its way to Washington D.C. and state capitals across the nation.  Come January 2019, newly-minted lawmakers will have to get down to the job of governing and delivering on the promises they ran on.

This includes the many candidates, particularly at the state level, who made public education a centerpiece of their campaign. In 2019, education was a top tier issue, second perhaps only to health care. Did it really drive voters to the polls last Tuesday? What role did the  #RedforEd movement play? How will education policy in individual states actually change?

These were some of the questions before a panel of experts assembled by the Educator Writers Association at the National Press Club on Friday. National Education Association President Lily Eskelsen García, Frederick Hess of the American Enterprise Institute, and Scott Pattison, executive director and CEO of the National Governors Association joined moderator Daarel Burnette of Education Week to review the education issue's impact in Election 2018 and look ahead to 2019.

Burnette first asked each panelist for their top takeaways from an election that saw impressive wins up and down the ballot for candidates with pro-public education track records.

The level of political engagement among educators, Eskelsen García said, was extraordinary.

"[NEA] has never see anything like it. We saw an 165% increase in folks who said they would do something more than vote. They saw this as a pivotal election."

Eskelsen García credited the #RedforEd movement, not only for fueling educator activism across the country, but also for fundamentally changing the conversation about public schools.

The teacher-bashing rhetoric of the past was nowhere to be heard. Instead, both Democratic and Republican candidates, said Eskelsen García said, were "talking about how we can do better for our public schools. That is a direct result of the public outpouring of support for those teachers in the #RedforEd wave."

Scott Pattison was also struck by the dominance of the education issue - along with health care and jobs - in stump speeches and campaign ads.

"Twenty years ago, every gubernatorial candidate wanted to be known as the 'education governor.'  Then everyone was the 'jobs governor.' Now those two have been put together," Pattison explained. "There's a broader expansion in how they see education effecting these other issues, including the opioid crisis."

While Frederick Hess agreed that the 2018 election results were good for public education in that candidates were "saying nice things about schools," he was less sure of education as a critical factor in any race. Hess questioned whether public education actually motivated many people to vote and called the success rate for educator candidates and pro-public education ballot initiatives underwhelming.

"I'm just skeptical of the political saliency of the education issue," Hess said.

As Pattison pointed out, however, no candidate in 2018 wanted to be seen as being hostile to public schools.

"In this environment, no one wanted to face the voters as someone who wanted to  cut education," Pattison said. "There was at least a strong desire [among incumbents] to be able to point to their record and say 'I increased spending on education.'"

While it is true that many educators who ran for political office were defeated, the importance of getting into the race and talking about the future of public education cannot be overstated.

"Even in deep Republican areas, we heard candidates tell us 'We're making them talk about education!'" Eskelsen García said.  "We changed the conversation. When a teacher knocked on a door and said 'here is who I am supporting,' it was more likely they were going to be listened to."

Eskelsen García also argued that the debate over the future of public education has reached far beyond educators and policy wonks. In addition to the attention over the plight of underfunded schools, the appointment of Betsy DeVos - and the intense opposition it triggered - signaled education's standing as an urgent national issue.

"Betsy DeVos touched a nerve. We asked our members to write to their congressman to oppose her. We were hoping for around 100,000 emails through our web site, but we got over a million. They weren't all NEA members. This caught the attention of the general public," Eskelsen García said. 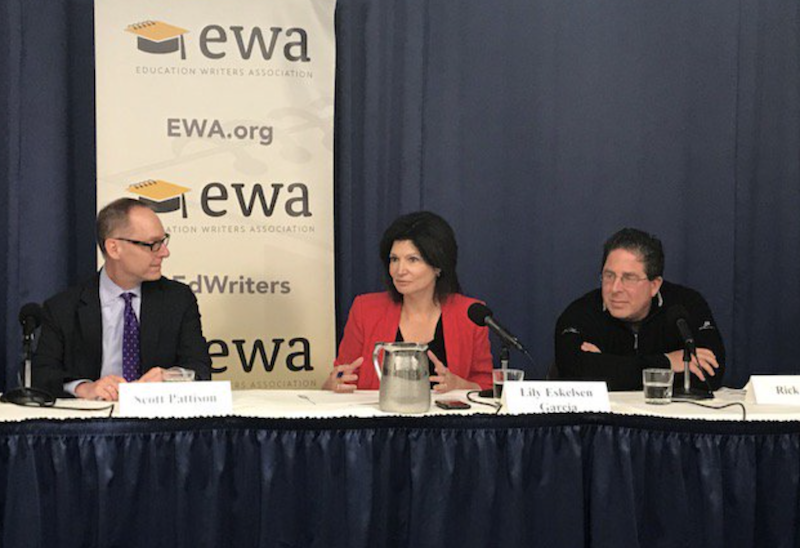 Burnette asked the panelists about the challenges governors will face next year in finding the revenue to increase education funding.

Pattison replied that governors and legislatures are limited in what they can do because an anti-tax climate still exists, even in those states that elected new leaders.  "There's not a lot of flexibility on the revenue side.  It comes down to the decision-making process, but there are a limited parameters and all kinds of competing priorities. And the economy may face a downturn in the next few years."

Eskelsen García said the nation needs to take a hard look at those "priorities."

"Why is it always the first order of business to dish out massive tax breaks to corporations and wealthy individuals? It's always called an "economic development program" but study after study shows that the promised job creation and new revenues never materialize," Eskelsen García said. "We have to talk about funding. We have to talk about what every student in this country deserves."

To be successful, however, the conversation also has to shift its focus away from "school choice" schemes that siphon off hundreds of millions of dollars from public schools. On Tuesday, voters in Arizona rejected Proposition 305, which would have significantly expanded the state's school voucher program. Voucher proponents worked overtime to sell the proposition to the voters, but "we made sure they knew exactly what they were voting for," Eskelsen García said. "Democrats and Republicans agreed with us."

"We need to stop taking about these distractions," she added. "The bottom line is this: if you have a  poor neighborhood school that doesn't have the funds or resources that those state-of-the-art, top-tier schools in your state have, then there's something wrong with the way you fund your schools. That's what we're going to take on."