For far too long, decaying school buildings have been a serious health and safety risk for millions of students and educators. 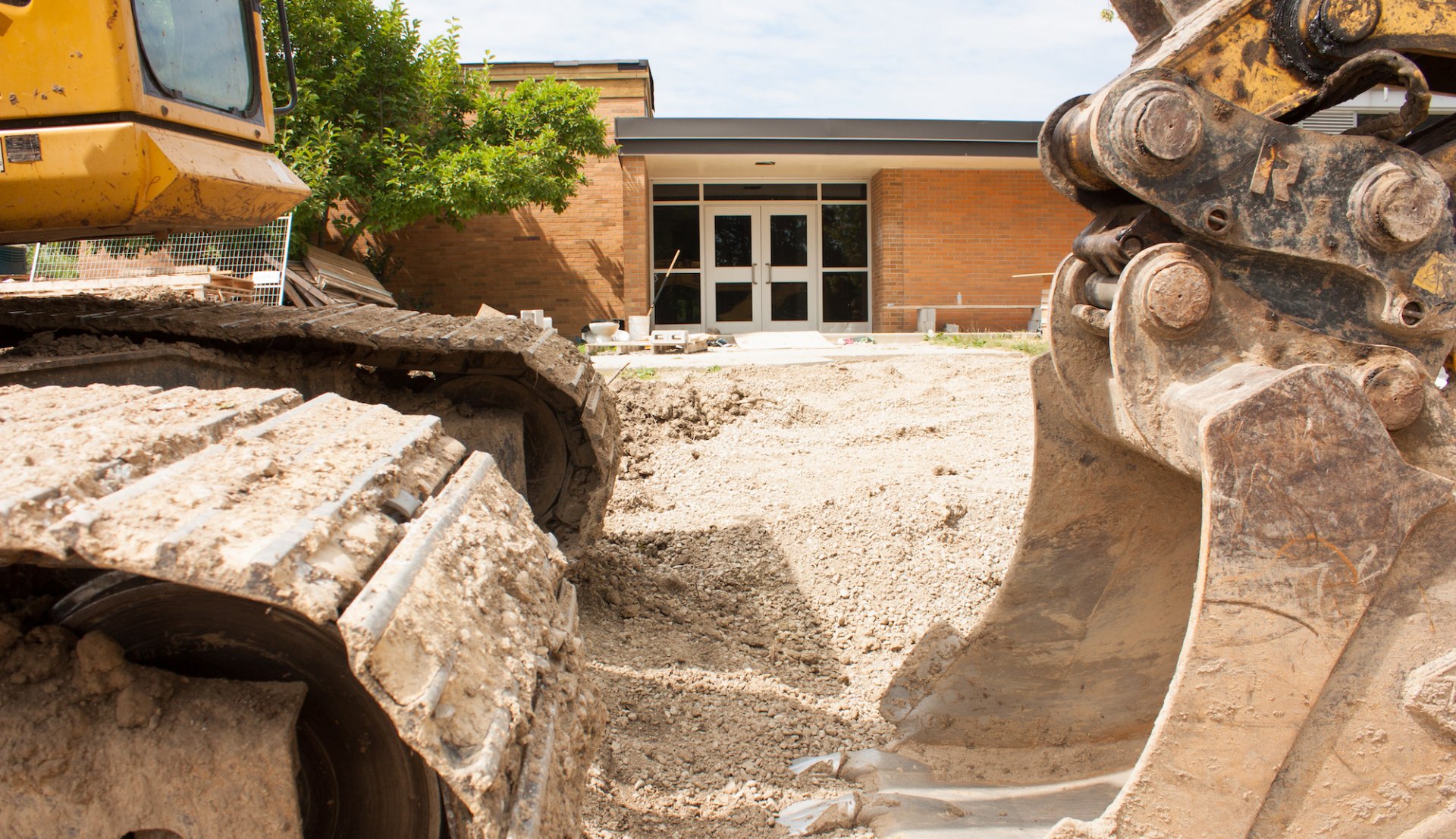 Throughout the pandemic, more Americans have become aware that our school infrastructure is decaying, and that failing HVAC systems, leaky facilities that breed mold, and hazardous old building materials disproportionately harm students of color, students with disabilities, and students in rural counties.

Every student and educator deserves a safe learning and work environment, and educators around the country are speaking out about the conditions they face and how it affects their students.

Pennoyer School District 79 in Norridge, Ill., is a single K-8 public school that serves 435 students and employs about 32 teachers plus support staff. The school, which was built more than 70 years ago, is not ADA compliant, and is plagued with multiple structure and safety issues posing severe health threats to the students and educators.

“The kids deserve working bathrooms and clean drinking water — let alone state-of-the-art science labs so they can learn,” said Sarah Adkins, a third grade teacher. “Our school is in dire straits, and the structural issues would cost millions, but this community doesn’t want to raise taxes.”

The Pennoyer Education Association and the school district have worked collaboratively since the 1990s to pass a referendum that would raise funds to fix the school. But the referendum has continually failed, and this past April it was voted down again; the community has not raised taxes since 1992. Without federal help, there is no relief in sight for the students and educators stuck in aging schools.

Renovations Could Be Lifesaving

With the overwhelming majority of American students attending public schools, parents and educators like Adkins are calling on Congress to pass the Reopen and Rebuild America’s Schools Act, which will create a $100 billion grant program and $30 billion tax-credit bond program targeting high-poverty schools whose facilities pose health and safety risks to students and staff. Many schools are looking to bring students and educators back into school buildings full-time in the fall, leading districts to seek funding for improvements to keep everyone safe.

The last time the Pennoyer School District received a major investment in their school infrastructure was in 2001, the same year Adkins started teaching there.

“Our school’s bathrooms are in such bad shape that some students will hold their bladders until they get home so they don’t have to use the facilities,” said Adkins. The restrooms have not been renovated since the original construction of the building in 1950.

In 2018, estimates to build a brand-new “dream school” were priced around $25 million. In 2019, the school district and local union worked together to determine the most pressing health hazards and priced the cost of repairs at $12 million.

The Reopen and Rebuild America’s Schools Act will allocate dollars on an emergency basis to help reopen public schools safely in accordance with Centers for Disease Control and Prevention (CDC) guidelines. Many schools require help meeting the standards for heating, ventilation, and air conditioning (HVAC) systems.

For Adkins, this funding could be lifesaving. The air conditioning units in her building are 77 percent past their life expectancy, leading to stale air in the summer with no circulation. Given the importance of air circulation and purification to mitigate the spread of the airborne COVID-19 virus, the issue of a failing HVAC system is more than just a pesky nuisance; these are now health and safety issues for students and staff.

Some Are Better Than Others

Jodi Kunimitsu, a math teacher at Maui High School in Hawai’i, also knows the dangers of crumbling infrastructure. For the past seven years the new high school has been under construction, forcing her to teach in portable, single-room classrooms. These temporary spaces do not keep students or educators safe in 90-degree summer days, when the doors stick from the wood frame swelling. During the height of the pandemic, it was difficult to ensure students could wear their masks properly on rainy days when they would get wet walking between classrooms. Kunimitsu says she’s lucky to have air conditioning, because many of her colleagues do not.

Kimberly Scott-Hayden, an education support professional in New Jersey, has toured every school in her district. She says that while some schools, such as the new Sheila Oliver Academy, have air conditioning, proper ventilation, and modern technology schools just minutes away do not.

“There is a building less than two miles away from the Board of Education headquarters, which is over 100 years old. Of course there are issues with Wifi, with being able to adequately instruct children. Then you have the issue of no air conditioning. Students are irritable and depend on air to come from the windows,” said Scott-Hayden, the 2021 National Education Support Professional of the Year.

“We are all in this together. The community, the educators, the children. These are inequities that impact your child,” Scott-Hayden continued. "Many inner city communities don’t have the tax revenue to replace and rebuild schools in need so we have to depend on state and federal dollars.”

The disinvestment in schools and communities of color existed long before the pandemic. But the crisis has drawn new attention to the issue.

America has 100,000 public schools housing more than 50 million students and educators. Yet many of those schools are so poorly equipped or in such poor physical condition they undermine student learning.

President Biden’s American Jobs Plan includes $100 billion to modernize K-12 public school facilities, $12 billion to upgrade the community college infrastructure, and $25 billion to improve child care facilities—a good start, but not enough to ensure that every student and educator is in a safe, well-equipped school.

Modernizing public schools is one of the best investments we can make in our nation’s future. Congress needs to ensure robust federal investment in school modernization and other essential infrastructure improvements by passing the Reopen and Rebuild America’s Schools Act.

What You Can Do