'We Were Doing Kids a Disservice': Former Charter School Teacher Recalls Lack of Oversight and Accountability

Lawmakers need to start holding charter school operators accountable to the students and communities they are supposed to be serving, says NEA President. 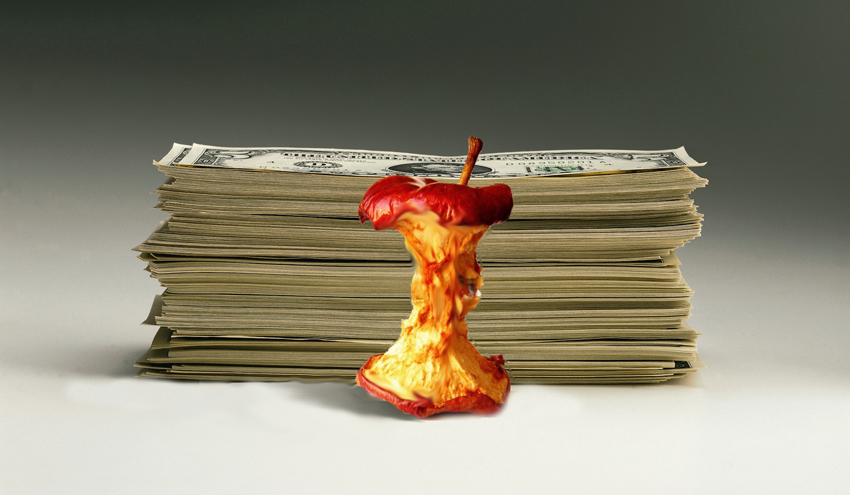 “Nothing short of insane”- that's how special education teacher Britt Mickley describes her experience at a Columbus, Ohio, charter school. During a panel discussion hosted by the Center for Popular Democracy (CPD) on January 30th, Mickley chronicled the poor learning conditions that became entrenched at the elementary school where she taught.

“This school needed to close, since we were doing all these kids a disservice,” Mickley said.

Although Ohio is notorious for its failing charter schools - a majority received an F on the state school report card - negative experiences like Mickley's are shared by educators across the country. They stem from the biggest flaw in the current charter school system - a systemic lack of accountability and effective oversight.

According to Mickley, many of her co-workers at the elementary school  - run by a husband and wife team that had no background in educational leadership - were not professionally-trained educators. The school advertised positions on Craigslist and accepted people “desperate for any sort of work,” Mickley said.

Adequate resources were scarce. Mickley often paid for classroom supplies and lunch for students out of her own paycheck. In a class filled with students with special needs, including a student who was fully blind and couldn’t walk to classes without assistance, Mickley's students would have greatly benefited from specialists, such as speech pathologists and psychologists. However, after pleading for the resources her class needed, administrators denied her requests, leaving her completely alone to work with the students.

During the panel discussion, Mickley also recounted one notorious meeting during which administrators notified the entire teaching staff that the school lacked the funding to pay them. Each teacher was asked to write down how much money they could give back to the school, so that administrators could pool the money and pay the teachers at least a small portion of their earned salary. When they expressed discomfort with giving back a portion of their meager earnings, the administrators asked every individual to write down a name of a teacher who could be fired. 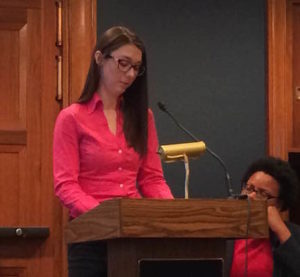 Teacher Britt Mickley discusses charter school oversight at a panel sponsored by the Center for Popular Democracy on Jan. 30 2015.

Understandably disgusted, many of the educators quit soon afterwards.

Mickley documented all the problems she witnessed, but after she presented the records before school and district administrators, she was fired. Mickley now works at a public school, where she says there is a noticeable difference in the level of accountability.

These schools were originally created to support innovative educational models through public funding, but few regulations and systems of oversight have been implemented to ensure that they are truly serving their students and communities. According to the Center for Popular Democracy (CPD) and Integrity in Education, the charter school industry is riddled with over $100 million of taxpayer money in waste and fraud. Mismanagement has been identified in 15 out of the 42 states that have charter schools, with school administrators using public funding ineffectively or even illegally.

In a new follow-up report, CPD alleges that the level of waste and corruption in the Illinois charter industry may be as high as an estimated $27.7 million in in 2014 alone, and finds that the state has no system in place to properly monitor and supervise charter school projects.

“Operators continue to line their pockets unchecked while public schools are forced to slash programs due to lack of funding," said National Education Association President Lily Eskelsen García. "Lawmakers need to stop treating education budgets like a slush fund for corporate charter school operators and hold them accountable to the students and communities they are supposed to be serving."

At the CPD panel, Leigh Dingerson, a consultant at the Annenberg Institute for School Reform, noted how federal finding has contributed to the rapid growth of charter schools. National funding for charter schools began in 1994, and has steadily increased to support the 2.1 million students who attend these schools across the country.

"The federal funding stream has played an incredibly important role in the growth of charter schools, but the capacity and oversight has not increased at the same rate," Dingerson said.

By merely throwing money at these new schools without requiring the necessary accountability measures, “you’re allowing bad apples to be brought in,” she added.

Dingerson also pointed to the obstacles many charter schools impose that make it difficult for already disadvantaged students to enroll. Acceptance is often based on standardized test scores, and mandatory in-person enrollment procedures can be unduly burdensome for many low-income working parents.

These boundaries to enrollment are some of the “largest examples of failing accountability,” Dingerson said.