For the second time in 12 months, West Virginia educators have launched a statewide strike to stand up for students. 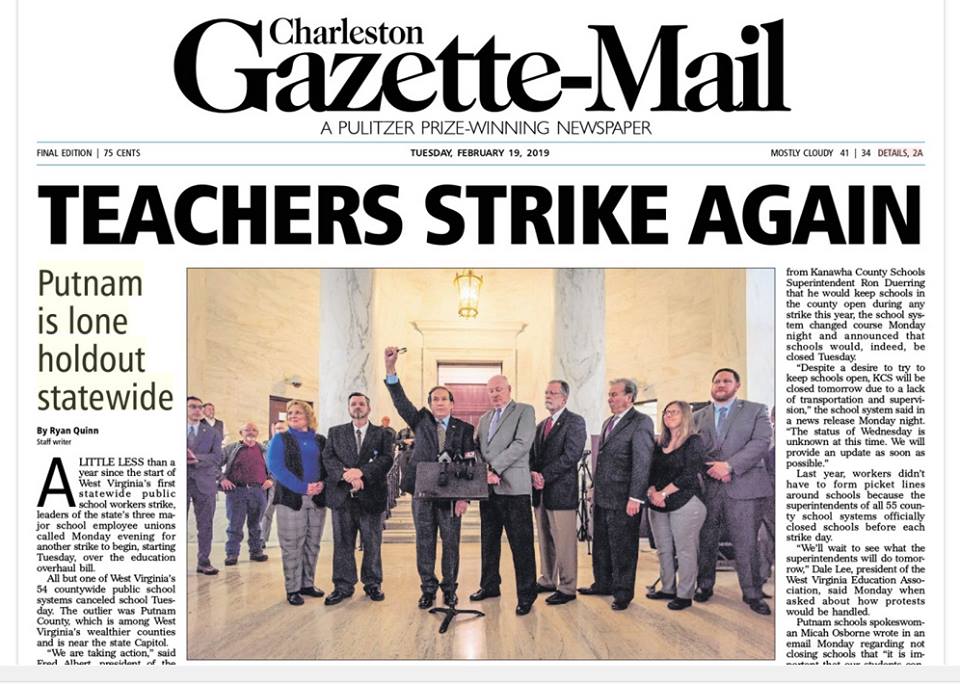 Update: West Virginia educators returned to their classrooms Thursday, after lawmakers adjourned on Wednesday night. Their two-day show of strength killed a bill that would have paved the way for private school vouchers, even through the bill also included a significant salary raise for educators. West Virginia educators will always put their students first, union leaders said.

For the second time in 12 months, West Virginia educators are acting collectively to protest state legislators’ inattention to the needs of West Virginia public school students. And already they're seeing success.

As NEA President Lily Eskelsen García has said: "When we fight, we win."

Here’s what you need to know: