What Do Many Charter Schools and Subprime Loans Have in Common? Too Much.

The conditions that fostered the subprime mortgage crisis can be seen today as a charter school 'bubble' forms in urban communities, argues professor.
By: Tim Walker
Share 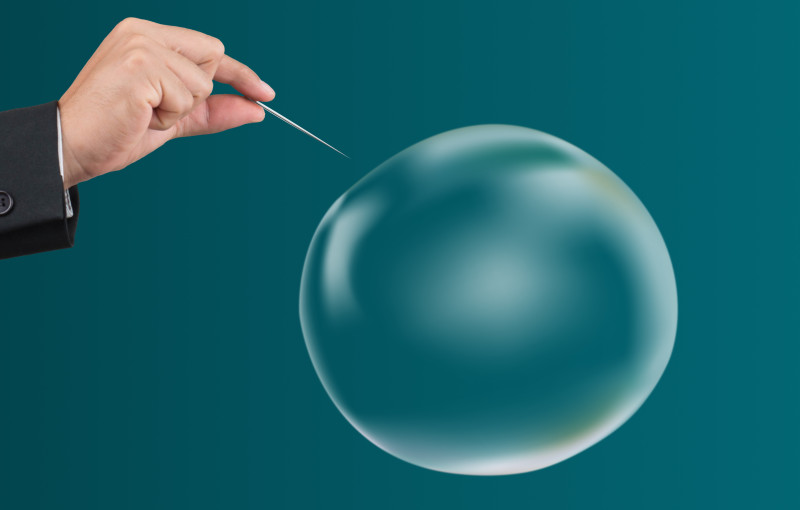 A decade ago, the reckless practices of predatory mortgage lenders, encouraged by a federal government eager to expand home ownership, led to the collapse of the housing market. The result, of course, was economic catastrophe. The same conditions and behaviors that fostered the subprime mortgage crisis are eerily prescient today with the rapid, unfettered expansion of charter schools, argues Preston C. Green III, professor of urban education at the University of Connecticut.

Green and co-authors Bruce D. Baker of Rutgers University, Joseph O. Oluwole of Montclair State University and Julie F. Mead of the University of Wisconsin-Madison connect the dots in the paper, “Are We Heading Toward a Charter School 'Bubble?: Lessons from the Subprime Mortgage Crisis.”

Subprime mortgages are risky, high-interest loans offered to borrowers who don't qualify for loans offered at standard interest rates. With federal government oversight practically non-existent, lenders shed much of the risk by repackaging and selling the loans to investors and institutions all over the world. Because the original lenders no longer had, as Green says, any "skin in the game," countless subprime mortgages were issued without adequate screening. When the bubble burst and the housing market cratered, many families lost their homes.

Just as the mortgage crisis was catalyzed by multiple lenders, Green believes the proliferation of charter authorizers is helping create a charter school bubble. Authorizers have typically been local school districts, who are generally hesitant to approve too many new charter schools because if a school closes, they are responsible for picking up the pieces and figuring out what to do with the students. This reluctance doesn't sit well with most charter school advocates, which is why they have successfully lobbied lawmakers to increase the number of independent authorizers.

"Both federal and state governments are engaging in an intense effort to impose multiple authorizers and remove cap restrictions from charter school statutes," Green says.

A wider availability of independent authorizers leads to a practice known as  “authorizer hopping,” undertaken by many charter schools who are at risk of closure.  If, for example, a school's contract may not be renewed, it can shop around for a new authorizer who might give the school a new look. 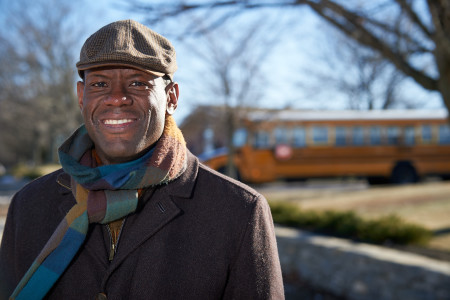 Preston Green of the University of Connecticut says multiple authorizers and a lack of oversight is creating a "bubble" of poor performing charter schools in urban communities. (Peter Morenus/UConn Photo)

"Authorizer hopping contributes to the proliferation of poor-performing charter schools because it enables schools to remain open instead of addressing their educational deficiencies or closing," Green explains. Not exactly a system that encourages accountability and transparency. Furthermore, a study by the Center for Research on Education Outcomes  found “a significant negative impact on student academic growth” for charters in states that allow multiple authorizers for charter schools.

Add the intense lobbying of private investors and the backing of the federal government to the mix and a charter school bubble begins to form, predominantly in urban, African-American communities.

The parallels between the subprime mortgage crisis and charter school expansion can also be seen in the activities of third-parties hired by banks to service subprime loans and for-profit management organizations who oversee many charter schools. For both, profit is a primary motive. Mortgage servicers derive their income largely through fees incurred through late payments or even foreclosure. As the report states, these agents have more of an incentive to "engage in automated foreclosure instead of hands-on intervention, which could recuse their compensation."

Similarly, many private education management organizations (EMOs), who currently oversee between 35-40 percent of all charter schools, often don't act in the best interest of the students they are supposed to serve. As the authors point out, EMOs have been been known to skirt legal obligations to serve special education students who are deemed too hazardous to the school's bottom line.

And there is something unquestionably "predatory" about how for-profit management companies sell families in lower-income neighborhoods on charter schools. The paper cites examples such as Milwaukee charter schools offering gift cards and cash rewards for parents who referred other families to the school. These families are inviting targets, says Green, because they obviously want what is best for their children, are understandably frustrated and relatively powerless to change the system.

Green doesn't consider himself "anti-charter" and in fact supports charter schools as incubators of educational innovation - the original idea behind the movement first articulated in the late 1980s by Albert Shanker. But fostering creativity and collaboration between traditional public schools and effective and inclusive charter schools shouldn't be interpreted as a green light for the expansion of schools without proper oversight.

"I'm just concerned that charter schools are going in a direction that might in the end be harmful to urban, African-American communities in a way the subprime mortgage crisis was," Green says.

As framing home ownership as the embodiment of the "American Dream" stoked the zeal behind subprime loans, a buzzword like "school choice" fuels charter expansion, making it difficult to create space for a reasonable national discussion about accountability.

"It's hard for some charter school advocates to have that conversation because of their enthusiasm for the charter school movement," Green says. "They truly believe that unfettered choice is the answer for what ails public education and naturally recoil at any attempt to rein in the growth of these schools."

Read “Are We Heading Toward a Charter School 'Bubble?: Lessons from the Subprime Mortgage Crisis.”