What Would Thomas Jefferson Say to Betsy DeVos?

A new book explores the original vision for public education and what can be done to revive it. 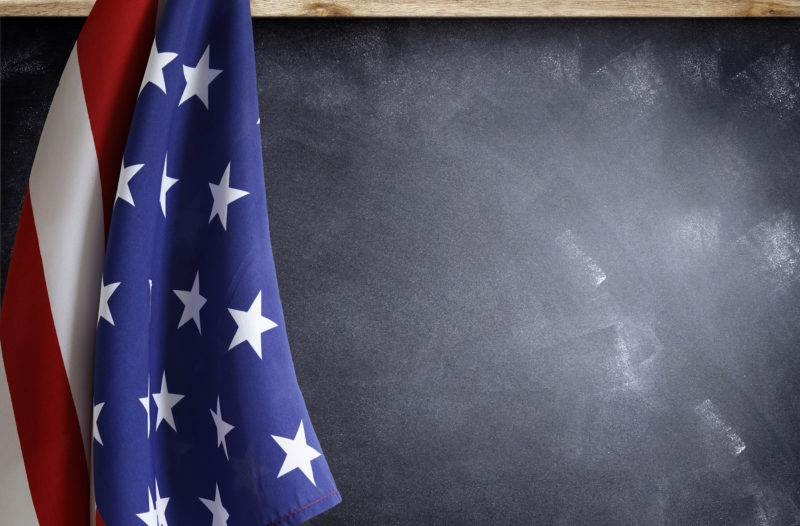 Author Johann Neem wants us to “think more about the broader purpose of education,” he says. And to start the conversation, Neem, a history professor at Western Washington University and NEA Higher Ed member, has published a book, Democracy’s Schools: The Rise of Public Education in America (Johns Hopkins University Press) that explores exactly what the progenitors of public education, like Thomas Jefferson, had in mind. They saw public education, or “common schools,” as a way to unify the new nation, and to bridge the gaps between rich and poor, immigrant and non-immigrant, Catholic and Protestant, Neem notes. They also saw it as a way to help people become citizens who participate fully in democracy.

The idea of the “common good” is referenced often in the book. These founders of public education saw that “common” or public schools would serve a common or public good. You still hear this in policy-oriented conversations about public higher education, but less often in discussions about K12 education. Is it an idea that’s falling out of favor?

Johann Neem: I think we’ve lost that focus. From the very beginning, public schools always have had mixed purposes. In the 19th century, there was a strong civic component—it was about preparing citizens for democracy. Of course there were people left out, like African-Americans, but the goal was to create common ground. And there also was this idea around developing human beings, and investing in our nation’s economy.

What’s happened is we’ve lost the first two purposes, and focused almost entirely on the third—we’ve reduced our notion of public schools to meeting the needs of a global economy. We talk about college and career readiness, and really about career readiness. We’re not talking about the liberating experiences that come with education, and the possibility of creating more fulfilled lives. One of the reasons I wrote the book was to remind people that we do care about these things.

Much of what’s in the book about the 19th century movement toward "common" schools that would help turn a diverse society into a single nation, and away from private schools for rich students only, still seems relevant today. How could the history of public education inform the current conversation around school vouchers, for example?

JN: Education reformers like Horace Mann believed every family should be a stakeholder in the public schools, and that the system would be most successful if rich parents enrolled their students alongside poor students. They understood that if too many parents opted out, education would remain a private good. For the most part, their vision has worked. Americans have invested in educating each others' children. We recognize that the benefits of education are shared by society, not just the individual who receives that education, and that we're all stakeholders in these institutions. Vouchers would fragment the notion that education is a public good, and have us thinking about education as it benefits our own families only. 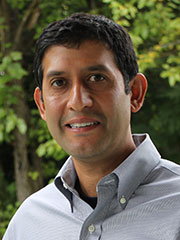 Johann Neem, author of "Democracy’s Schools: The Rise of Public Education in America"

Public higher education is an example of what could happen in K12 education. Today many of our large state universities operate more like private institutions, or charter schools, with their own boards of trustees and a combination of private and public funds, that compete with each other to attract students. We have seen how these public institutions, these state universities, have lost prestige and status, and are not really producing the kind of egalitarian education in the same way they did in the years after World War II.

JN: There was a time when state governments offered incentives to communities to create district schools. At that time, teaching was an amateur job—it was unmarried women, working until they married, or men who were earning money to pay for college. The reformers, who came on the scene in the 1830s, take these schools and aim to improve them. They started to establish teacher training schools. From the perspective of reformers, the quality of the schools depended on the quality of teachers. It was a big shift...

We’re starting to see the end of that shift now, in terms of things like Teach for America and some charter schools that grab these people in their 20s, work them hard for a few years, and then send them off. Teaching as an expert-trained career is something we’re starting to question again, unfortunately. Teaching also became more of a female profession in the 20th century, and gender is part of the story.

What role did teachers’ unions have?

JN: In pre-Civil War schools, there weren’t unions as we have them now, but you did have professional organizations that were the seeds of the NEA and other institutions. What those organization did—and still do today—is advocate for the professional status and autonomy of teachers. They argued for teachers’ voices in their workplaces. They said the public should have oversight, but that teachers are the experts and professionals. They said, ‘you have the right to a collective voice in the commission of your work.’ This is all still very true today.