Some states, but not enough, have banned hair discrimination - an important step in protecting students against implicit and explicit bias. 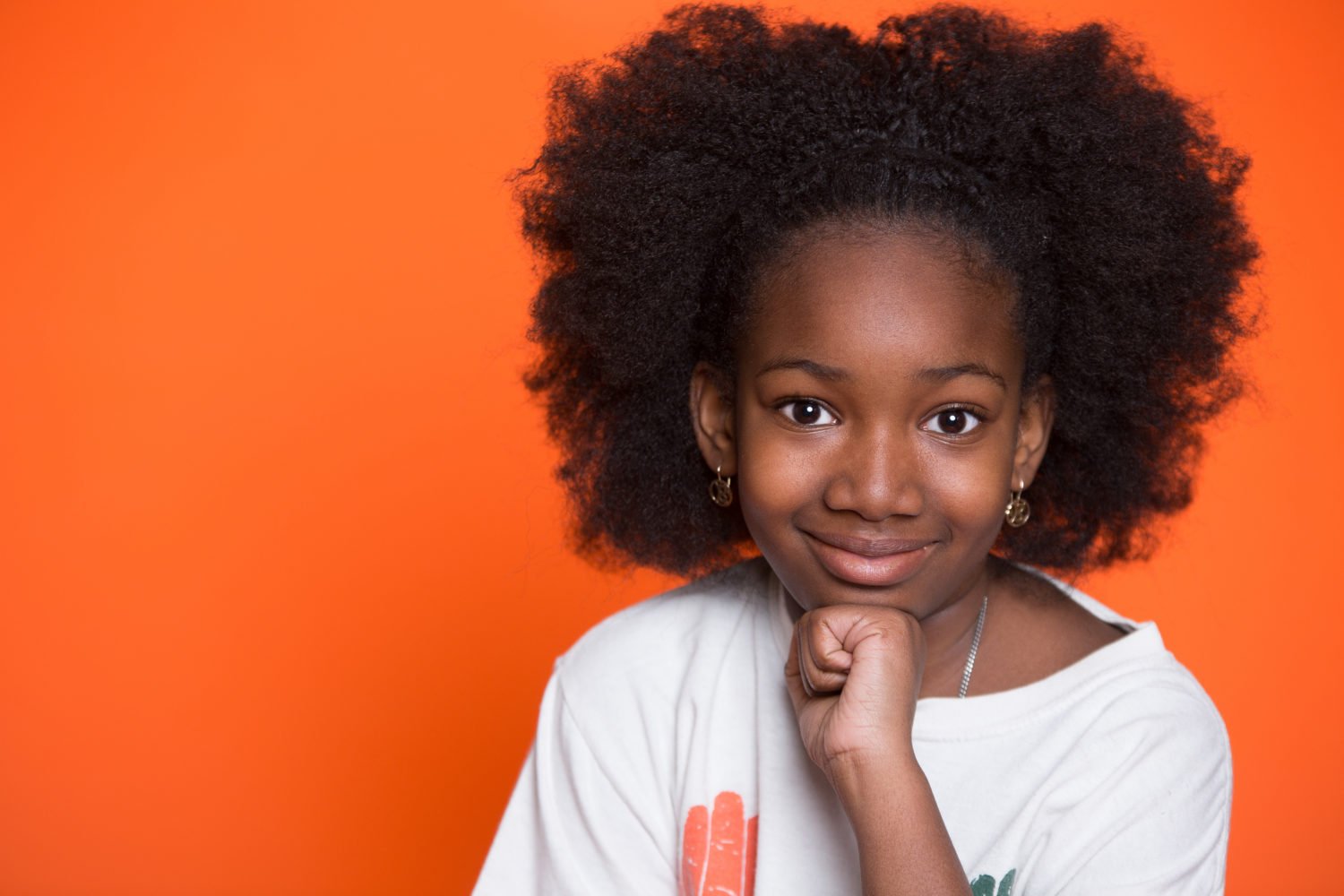 Late last year, a video of a black high school wrestler in New Jersey hit a public nerve when he was given an ultimatum by the referee: cut your hair or forfeit the match. Several news outlets reported that Alan Maloney, who is white, told Andrew Johnson that the cover he had over his hair was non-compliant. Johnson’s hair raised no previous concerns during a match four days earlier, but under pressure, Johnson decided to have his hair cut by the team’s athletic trainer.

The problem here runs deep. "This is not about hair. This is about race," tweeted the ACLU of New Jersey. "How many different ways will people try to exclude Black people from public life without having to declare their bigotry? We're so sorry this happened to you, Andrew. This was discrimination, and it's not okay."

Anti-black hair sentiment in the U.S. has existed for centuries, with Eurocentric norms of beauty taking main stage. This sentiment is directly tied to institutional racism.

According to author Courtney Nunley, “school policies and microaggressions reinforce the idea that Black hair, as it naturally grows and as it has historically been styled, is ‘bad’ because it’s not white enough—and that those policies are part of a nationwide anti-Blackness problem,” she wrote in “Hair Politics: How discrimination against black hair in schools impacts black lives.” 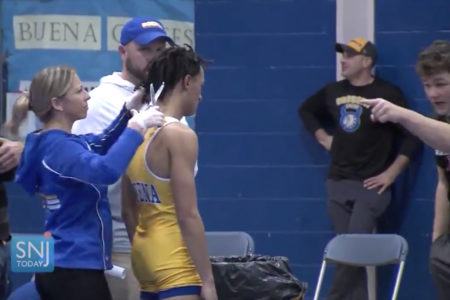 Andrew Johnson has his hair cut by his wrestling team’s athletic trainer.

She added, “It goes beyond hair when across the country, school policies use the same language and reasoning to ban Black hairstyles…are grounds for discipline or removal from school entirely…[and] requires you to have ‘good’ straight hair that comes at the cost of your health. These policies and cultures of behavior surrounding Black hair have serious implications for Black health, Black educational access, Black self-love, and Black lives.”

“Students are coming to school to learn and participate in activities so they can become well-rounded individuals. These grooming policies make it difficult for students to simply feel comfortable and be their own authentic selves,” Boose says, “and they create another barrier particularly for African American students because clearly these rules don’t affect people of all races.”

While many, specifically black women, have fought against hair discrimination in the workplace by taking their employers to court, the problem is deeply rooted in our culture and it shows up in schools nationwide.

These grooming policies make it difficult for students to simply feel comfortable and be their own authentic selves, and they create another barrier particularly for African American students because clearly these rules don’t affect people of all races.” - Angel Boose, elementary school teacher, New Jersey

Black students have been asked to cut or straighten their hair to meet dress code policies. Some school districts have banned certain hairstyles, like locs and afros, while other districts have prevented students from attending school events—for example prom—for refusing to remove their braids. Kids have been kicked off school grounds, too.

“This is typical of those in power. They don’t see that something is an issue because they find themselves unable to relate, and since the issue is outside of their immediate experience, they doubt its validity,” explains Gerardo Muñoz, a high school social studies teacher in Denver, Colo.

"Oppression comes in many forms. We have to believe the victims of this type of oppression. We have to listen to them and make changes where necessary," he adds.  Muñoz is also co-creator and co-host of the podcast “Too Dope Teachers and a Mic.”

Johnson’s incident, which occurred in December 2018, became a spark that led to California becoming the first state in the nation to ban discrimination against black employees and students based on their natural hairstyles.

Los Angeles Democrat Sen. Holly Mitchell wrote the language for the CROWN Act (Creating a Respectful and Open Workplace for Natural Hair) and said the law is about "inclusion, pride and choice," reports the L.A. Times. The CROWN Act goes into effect on Jan. 1 2020.

“It’s a big win, because every systemic change to fight the effects of oppression and ignorance is a move toward a more just society. The type of body shaming that students of color and people of color in general endure requires a sustained organizing effort, which can only happen through policy changes that may build on the previous ones,” underscores Muñoz, an educator of nearly 20 years.

This new law specifically protects African Americans who have historically experienced discrimination based on their hair. The act protects certain hairstyles, too, such as afros, braids, twists, cornrows, and locs. 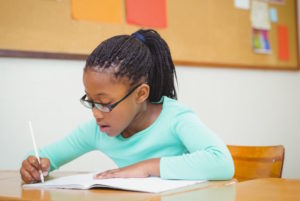 Pushed Out: The Injustice Black Girls Face in School Black girls make up 16% of girls in U.S. public schools, but 42% of girls’ expulsions. Monique Morris, author of "Pushout: The Criminalization of Black Girls in Schools", discusses the forces that have made these students targets.

“[This issue] is played out in workplaces, played out in schools,” said Newsom during the signing ceremony. “Every single day, all across America in ways subtle and in ways overt.” The act is meant to stop these behaviors and practices. California officials are not the only ones to consider such protections.

New York became the second state to officially ban natural hair discrimination. In August, lawmakers amended the state’s Human Rights Law and Dignity for All Students Act, which makes it clear that discrimination based on race includes hairstyles or traits “historically associated with race, including but not limited to hair texture and protective hairstyles.”

New Jersey currently has a bill in the works, too. If passed, it will include protections similar to that of California and New York laws.

New Jersey’s Angel Boose says laws that protect natural hair styles are necessary. “We need to name racism when we see it, call it out, and discuss it. Otherwise, we ignore it, pretend it doesn’t matter, and continue to perpetuate racism in a different form other than slavery and Jim Crow,” says the educator of 13 years.

It’s still too early to tell if other states will join California and New York. However, the CROWN Coalition, an alliance that includes the National Urban League, Western Center on Law & Poverty, Color of Change, and Dove, is planning to pursue legislation similar to the California measure in other states.

Color of Change is helping to expand federal protections to end hair discrimination nationwide and have created a petition to get more people involved in ending these unjust and racist practices.

Black people should not be discriminated against in the workplace or in school because of their hair. That's why we're fighting for federal protections nationwide to end hair discrimination. Sign now + join us in ending these unjust and racist practices: https://t.co/Xby6cMpq4R pic.twitter.com/EpLPyVdH6Z

This year, for example, the Seattle School Board developed an inclusive dress policy districtwide for students. Previously, each school in the district set its own code, allowing for individual discretion and space for bias. Now, the same rules apply to all students.

“Students should be able to dress and style their hair for school in a manner that expresses their individuality without fear of unnecessary discipline or body shaming; students have the right to be treated equitably [and] dress code enforcement will not create disparities, reinforce or increase marginalization of any group, nor will it be more strictly enforced against students because of racial identity, ethnicity, gender identity, gender expression, gender nonconformity, sexual orientation, cultural or religious identity, household income, body size/type, or body maturity.”

Adding inclusive hair policy explicitly to school board policy is an important protection against implicit and explicit bias. To learn more, go to NEA EdJustice.