When Physical Education Is Cut, Who Picks Up the Slack?

Budget cuts to critical PE programs are forcing districts to pass the burden of exercise instruction onto classroom teachers. 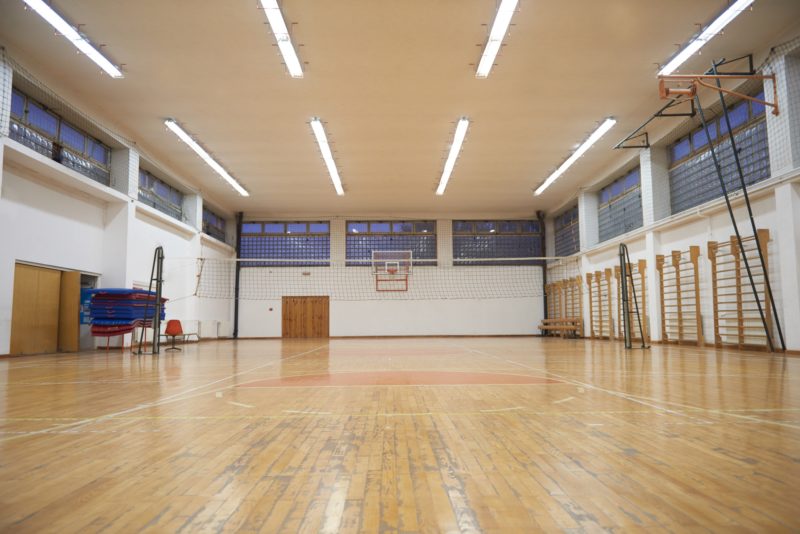 When pink slips fly, they usually land in the hands of arts, music and physical education teachers first, which is what’s happening in districts around the country. From North Carolina and Virginia to Oregon and California, districts are cutting positions from arts and PE programs as a way to make up budget shortfalls.

In Oregon, the Portland Public School District sent an email to PE teachers saying there would be substantial cuts to the K-5 and K-8 PE programs resulting from major budget cuts.

The district said cuts are not "a statement as to the value and worth of our physical education staff and PE programming." But educators who recognize the benefits of exercise and the critical lessons movement and sports provide to children see it differently.

“These opportunities for the kids are essential for their education,” Portland PE teacher Sarah Spella told Portland’s KATU.

Craig Volimas, who has taught PE in San Diego Unified School District for 18 years, was told he might not have a job come next fall as the district tries to balance a $124 million budget gap.

As a part of cuts, the district said layoff notices are going out to 891 teachers overall and of those, 137 to prep teachers like Volimas. If PE is cut, the burden of exercise instruction will be passed on to classroom teachers while eliminating their planning time.

But cutting PE will be most harmful to students, Volimas says. Physical activity is important for kids to be healthy and to reduce obesity risks, but PE also provides focus and helps increase academic achievement, it teaches students about teamwork and sportsmanship, and it increases attention and brain function through regular exercise.
A PE Teacher Clears Up a Few Misconceptions About "Gym" Class

A physical education specialist in Washington says it sometimes takes a bit more of an explanation for people to truly understand the difference her position makes in children’s lives.
Volimas says with so much research showing the benefits of PE, it should be common sense for all school districts to invest in PE as part of the academic day and not to expect classroom teachers -- few of whom have training in exercise science -- to try to fit it in when they can.

“You would be replacing a trained and fully credentialed PE teacher with someone who might have taken one class during their liberal studies coursework,” says Volimas, who has an MA and two years toward a PhD in Sports Psychology.  “[Classroom] teachers aren’t comfortable with it…and more students will sit and be less active.”

Volimas and other PE teachers facing cuts feel that their contributions to the curriculum are overlooked or underestimated.

PE teachers are credentialed in Physical Education and take classes in Exercise Physiology, Kinesiology, and Biomechanics, but they also reinforce classroom lessons in reading, math and sequencing while broadening student vocabulary.

At the elementary level, they are often the first to notice motor skill delays because part of their job is to monitor students’ physical development and to address delays.

“You would be replacing a trained and fully credentialed PE teacher with someone who might have taken one class during their liberal studies coursework. [Classroom] teachers aren’t comfortable with it…and more students will sit and be less active” - Craig Volimas

Volimas has an Action Based Learning Lab which targets developmental movements based on chronological timelines.  If a student isn’t meeting a timeline, he notifies parents who can refer their kids to specialists if needed.

"Often we're the first ones to notice delays," he says.

In North Carolina, elementary arts, music and PE classes are called “ehancements” and could be on the chopping block if the state legislature doesn’t raise per pupil funding to at least the national average.

A provision in the state's 2016-17 budget requires schools to bring kindergarten through third grade class sizes down, but schools have received no resources to pay for additional teachers. Everyone agrees smaller classes are better, but without the funding to pay new teachers, schools will have to cut cutting positions for enhancement programs like arts and PE.

Budget cuts and layoffs are expected around the country as funds are diverted from public education to private schools and charters. To advocate for our students and promote a well-rounded, inclusive education for all, tell Department of Education Secretary Betsy DeVos what our students need.