These 6 states show why educators must help defend voting rights 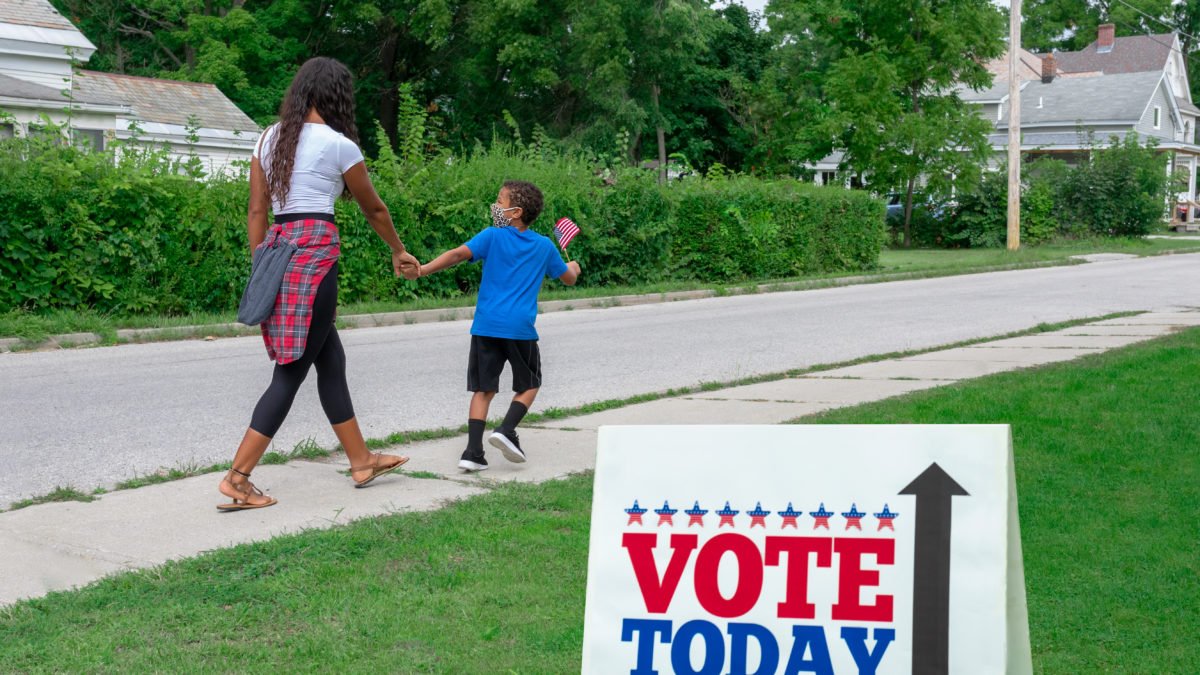 Educators introduce our students to the principles of democracy every day in classrooms across America. They are also working to help defend voting rights, the very cornerstone of our democracy.

That’s because federal protections for voter access have been eroded at the federal level in recent years, and some states have begun to hack away provisions that help citizens access the voting booth. These changes have a particularly damaging effect for Black, Brown and Indiginous voters, as well as young voters.

“Nationwide, we are witnessing a massive, coordinated attack on voting rights, the likes of which we have not seen since Jim Crow,” NEA President Becky Pringle recently wrote. “Already this year, more than 500 anti-voting bills have been introduced in state legislatures, and more than 30 have been enacted into law. In states like Georgia and Iowa, these bills are rolling back early voting, adding unnecessary requirements to vote, and preventing voters waiting in long lines from receiving food and water.”

“Bullies and merchants of fear and peddlers of lies are threatening the very foundation of our country,” said President Biden in an impassioned defense of voting rights at the National Constitution Center in Philadelphia on July 13. “We are facing the most significant test of our democracy since the Civil War. That’s not hyperbole. Since the Civil War. The Confederates back then never breached the Capitol as insurrectionists did on January the 6th.” While 50 Republicans voted against the For the People Act (S. 1), the most comprehensive democracy reform bill in decades, Democrats are working to put forward a revised bill.

Whatever our color, background, or zip code, in America we value our freedom. The House passed the VRAA to protect our freedom to vote and ensure that states can't create discriminatory barriers.

Voting rights activist Stacey Abrams addressed delegates to NEA’s Representative Assembly virtually on July 2. “We need every single member of the NEA, every educator who believes that the right to vote should be sacred, we need you to stay on top of this. Reaching out to all of your legislators, especially your U.S. senators, and it doesn’t matter whether you voted for them or not. They work for you now,” she said.

Educators across the country have the responsibility to their students and school communities to make their voices heard, and ensure we are at the table when decisions are made that impact our classrooms.

“It has made me a stronger teacher to be politically active, because I know what’s going on and I know how I’m able to fight for my students now,” said Elizabeth Kosmach, an elementary school special education teacher in Milwaukee, Wisconsin. “Now, I have a voice and I should be speaking for those students who can’t speak. I’m speaking for those parents who are working and not able to go to those school board meetings because they’re providing for their families. As an advocate, I’m speaking for the teachers who look to me for help.

Here are six states that have imposed new limitations on voting rights:

Voting rights laws in Arizona went all the way to the Supreme Court this year. Unfortunately, their rulings were along ideological lines and continued to disproportionately disenfranchise voters of color . Leading up to the next election cycle, only relatives or caregivers may collect absentee ballots. Additionally, ballots cast in the wrong precinct will be thrown out.

Now, not only have voters been limited in their access in Arizona, their votes have been overturned. For example, Prop 208 was approved by voters last November. The proposition would enact a 3.5% income tax on high earners, to be distributed to teacher and classroom support staff salaries, teacher mentoring and retention programs, career and technical education programs, and the Arizona Teachers Academy. This year, a lawsuit was heard against the will of the voters arguing the proposition was unconstitutional. The Arizona Supreme Court agreed that aspects were unconstitutional and sent the case back to trial court.

During the spring legislative session, state Republicans imposed new limits on vote-by-mail and ballot drop boxes . SB 90 worked to limit drop boxes to early voting sites, only during their open hours, and that voters must request their mail ballots before every general election starting next year.

There has also been controversy in Florida around a signature-match provision, demanding that a pen-on-paper signature made within the past four years be reviewed by elections officials. This provision was passed in the spring as well.

It is now a crime in Georgia to offer water to voters in lines at the polls. This small act is one of many in a new law targeting urban precincts and voters of color. Changes to absentee voting include: voters must request a ballot in a shorter window of time, and are required to show ID.

While Gov. Kelly worked to veto two bills she said were “designed to disenfranchise Kansans,” the two-thirds majority of Republicans in the state legislature were able to override her. The laws impose new limits on community ballot collection, disproportionately hurting disabled, senior and Native voters who live far from the polls. They also require mail ballots to match a current signature on file with the Secretary of State, ban the Secretary from extending mail ballot return deadlines, and prevent the executive and judicial branches from changing any election laws.

This March, legislators in Montana continued to limit access to voting by prohibiting people or organizations from dropping off ballots for other people, and closing voter registration the day before the election.

“We’re facing an all-out assault on our democracy,” Biden wrote in a tweet, speaking against the latest attack on voting rights in Texas. Following the expansion of some opportunities to vote during the pandemic, a new bill passed by the Texas Senate last week bans drop boxes for mail ballots, and prohibits mailing unsolicited ballots to all voters. It also adds new provisions against mail voting and drive-thru voting, and authorizes poll watchers to “observe the transfer of voting data.”

TAKE ACTION: With new legislative sessions starting, and our students returning to our school buildings, its up to us to ensure our entire school communities have equal access to vote. The Senate must continue to hear from us about the importance of this legislation and the need to ensure nationwide access to the right to vote, the bedrock of our democracy.