Ask a teacher: Why is the Equality Act critical for LGBTQ educators and students?

A survey of LGBTQ+ youth by the CDC showed that up to 35 percent of respondents had experienced bullying or harassment. 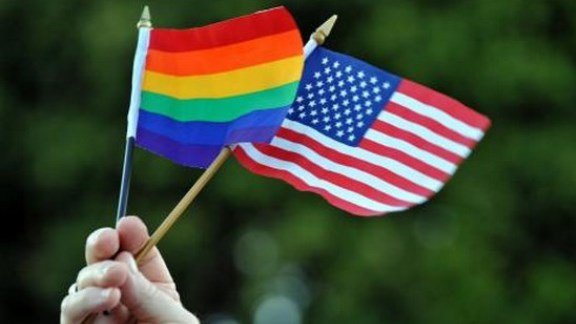 On May 17, the U.S. House of Representatives passed a bill amending the Civil Rights Act of 1964 to include sexual orientation and gender identity. LGBTQ+ educators, students, and allies nationwide briefly celebrated the step forward, as the bill moved on to the Senate.

Kelly Holstine, Minnesota’s Teacher of the Year, says the Act would help protect her rights. Holstine is a gender-nonconforming, out, lesbian educator who teaches at Takota Learning Center in Shakopee.

In April, Holstine declined an invitation to join other state teachers of the year at the White House, because Holstine believes the current administration’s policies hurt students who frequently face discrimination based on gender identity or sexual orientation.

“Passing the Equality Act would send a clear message that LGBTQ students and staff deserve to exist and function safely in our society and that they matter,” Holstine told EducationVotes.

“LGBTQ students and educators could feel more valued versus experiencing feelings of alienation, isolation, and discrimination. Feelings of acceptance could also decrease the suicide rate for our community,” says Holstine.

A survey of LGBTQ+ youth by the Centers for Disease Control and Prevention showed that up to 35 percent of respondents had experienced bullying or harassment based on their sexual orientation or gender identity. More than thirty percent reported that they had attempted suicide in the previous year alone. Holstine advocated for immediate action.

“It’s not enough to tell our kids that it gets better. We need to show them that we will make it better now,” said Holstine, who believes the Equality Act will help do just that.

NEA sent a letter to the Hill in support of the bill on May 15 that stated, “Discrimination against LGBTQ+ citizens violates our core American values of equality and fairness. The Equality Act is an important step in our nation’s continuing march toward fairness for all people, regardless of sexual orientation or gender identity.”

For students, the bill enforces protections established under the Obama administration that require schools to honor transgender students’ preferred pronouns and allow them access to restrooms and gender-segregated activities including sports. The bill also enforces anti-bullying policies.

For educators, the bill will ensure safeguards against job discrimination. As LGBTQ+ educators are a main source of support and encouragement for LGBTQ+ students, the bill helps ensure safer school environments.

Holstine says the bill will allow her to focus on teaching “instead of always wondering what kind of genderphobia and homophobia I will have to deal with next.”

At this time, the GOP-held Senate has not scheduled a floor vote on the Equality Act. Some opponents, including President Donald Trump, argue that the act takes away rights of parents to have conversations with their students regarding gender identity and sexual orientation.