Why We Need More Black Men in the Classroom

Disillusioned by the educational system as a child, educator Sundjata Sekou says becoming a teacher in an urban community was the best professional decision he's ever made. 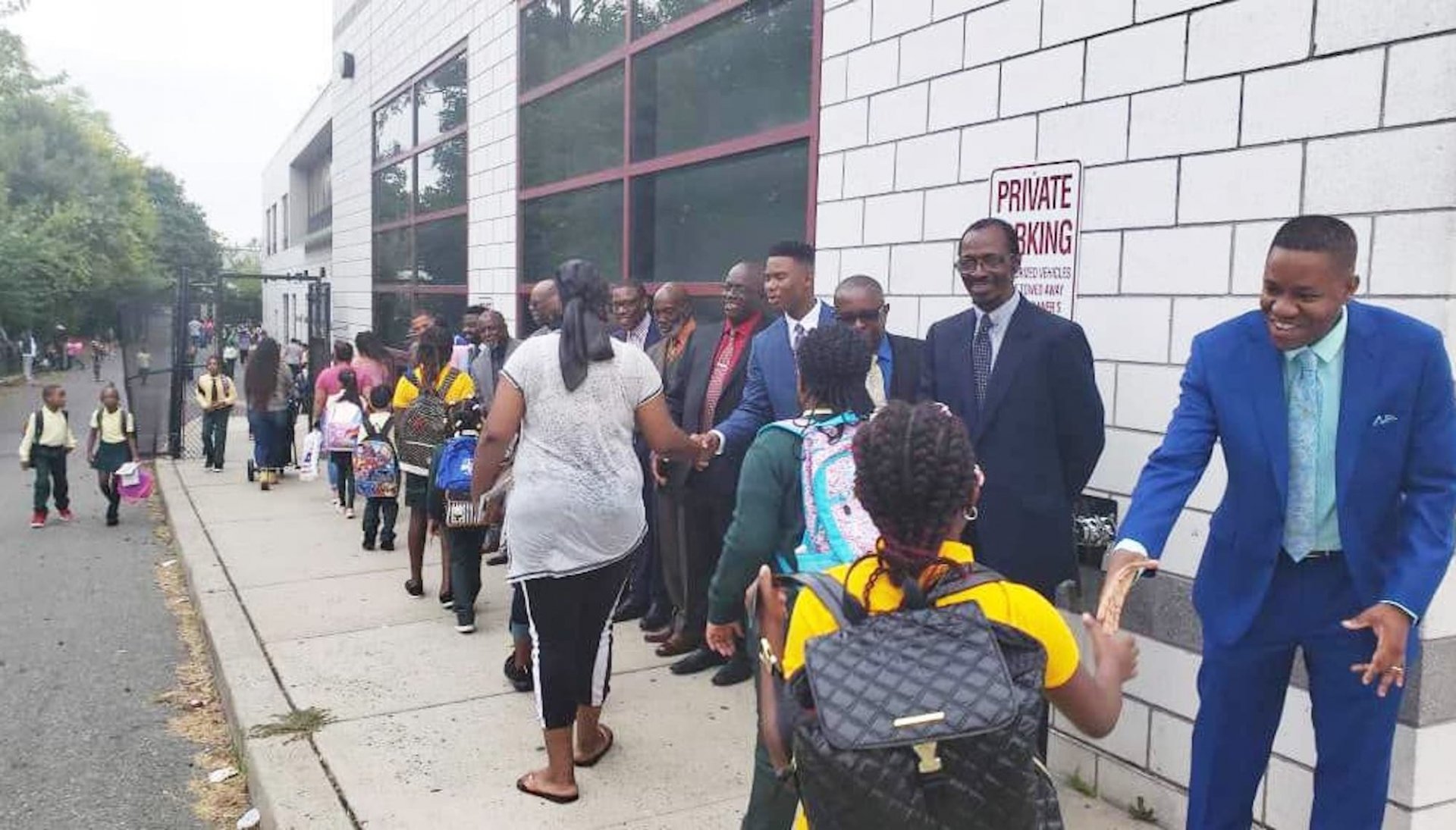 Naira Campos-Sekou
Educator Sundjata Sekou (far right) at the 2019 “Men in Suits: Welcome Back” event. Each fall, Sekou invites men from the Irvington, N.J., community to greet students on the first day of school.
By: Sundjata Sekou NEA Member
Share

For a crash course in segregation, look at who teaches our students.

If you don’t believe me, close your eyes and think about a teacher. Who comes to mind?

More than likely you didn’t think of someone who is Black, Latin(o/a/x), Asian, or someone whose lineage is from a predominantly Muslim country.

You almost certainly didn’t think of someone like me. I am Black, male, and a teacher. Yes, we exist! But our numbers are bleak. According to the Stanford Graduate School of Education, only 2 percent of America’s teachers are Black men. This issue of Black men not being teachers in the classroom affects every student, but it affects Black boys disproportionately.

As a group, Black boys are usually at the bottom of statistical categories that measure educational attainment. This educational crisis starts the moment Black boys are born into a racist American society that applauds their athletic abilities yet shuns their intellectual capabilities.

This educational crisis is exacerbated in K–12 classrooms, where most Black boys are placed with teachers who may not understand them and cannot relate to them. In turn, the teacher may seem boring to the Black male students. To them, the teacher may appear scared of them or agitated by their presence.

This atmosphere of bias and educational displeasure turns into situations where Black boys are thrust into special education at an alarming rate and exhibit a lack of proficiency in reading and mathematics compared with their White counterparts. They are punished more harshly than any other student group. Faced with these circumstances, many Black boys drop out and end up being incarcerated.

My Life as a Black Student

Faced with a New Jersey education system that derided Black boys, concealed the historical contributions of our ancestors, and rarely had Black male teachers, we rebelled against the system.

Starting in elementary school, my friends and I disrupted the class, our lessons, and the teacher. Instead of seeking a program that would reach us, bring out the best in us, and engage us intellectually, our schools suspended us at an alarming rate. By the time we reached the tenth grade, many of my friends stopped going to school.

When I was in eleventh grade, The Autobiography of Malcolm X: As Told to Alex Haley came into my possession. That book spoke to my existence, to what was going on in my urban community, and to my role as a Black boy transitioning into being a Black man in America. That book answered the who, what, where, and why of the way things are in America.

At the root of it all was America’s struggle—our nation’s inability to deal with the legacy of the trans-Atlantic slave trade, slavery, Jim Crow, “separate but equal,” and racism. These maladies are in the DNA of America and imbued in every system, including the education system. It is not hyperbolic to write that this book changed my life by answering my questions about America.

Armed with this new invigorating knowledge, I graduated high school, community college, state university, and ultimately earned two graduate degrees. Although I endured the educational system and worked for a nonprofit, I kept thinking about Black boys like Jimmy Drama, P-Andre, Debo, Mike, Andy, Sal, and many of my friends who stopped going to school. I wondered what would have happened if these brilliant Black boys were given a book that resonated with them, had a teacher who believed in them, or were introduced to a curriculum that expanded their knowledge.

As I shared these thoughts with my wife and people who I worked with, each individual would say, “You should become a teacher.” For years, I fought the feeling to become a teacher because of what teachers DIDN’T do for my friends. But I constantly had two questions in my mind. The first one was, should I become a teacher. The second and more important question was, what type of teacher will I be.

I decided to become a teacher and vowed to be the teacher I never had. I also sought out the opportunity to work in an urban community. It was the best professional decision I have made in my life.

I have taught third and fourth grades, but learning is more than what happens in a classroom. Therefore, with support from the principal of my school, I have organized men in the community to welcome students back on the first day of school. I have organized boys-only assemblies where all the men in the building speak to the boys and equally all the women speak to the girls.

Also, every year I’ve arranged for students who get suspended, written up, and are disruptive in class to go with National Honor Society and student council students to the Metropolitan Museum of Art in New York City. There they witness evidence of their historical African and Mesoamerican greatness. In the museum, students get knowledge of who they are, what can be accomplished, and why there are artifacts from their ancestors in the museum.

Sundjata Sekou is a third-grade math and science teacher at Mount Vernon Avenue Elementary School in Irvington, New Jersey. He can be reached at [email protected] Originally published in the New Jersey Education Association Review.