‘Your Team Needs You,’ says National Teacher of the Year 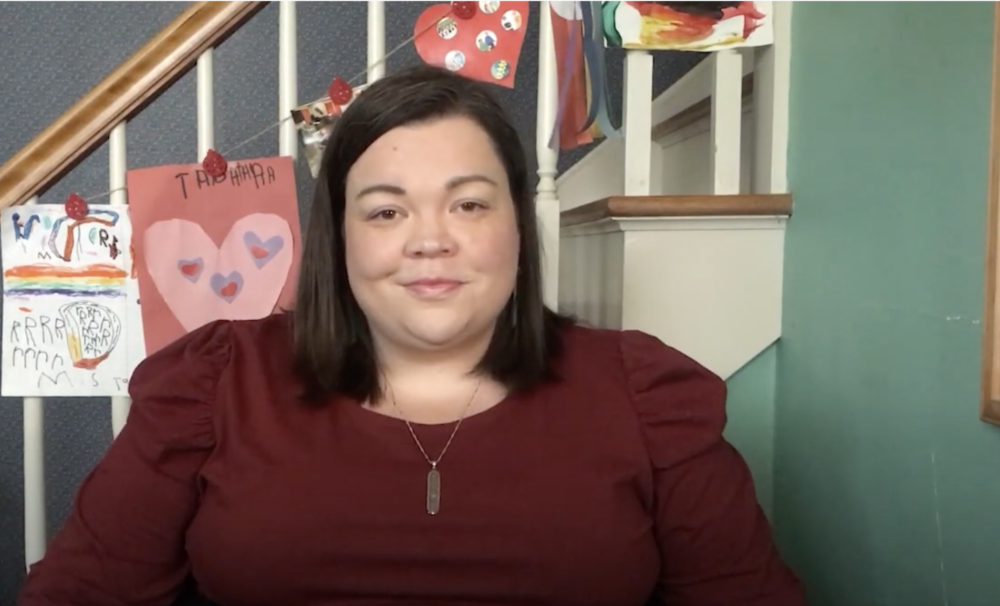 National Teacher of the Year Tabatha Rosproy, a preschool teacher from Kansas, addressed the NEA Representative Assembly on Friday, exhorting them to “elevate the voices of the unheard” in their union and in their school communities.

A proud member of Kansas NEA, Rosproy said she knows what it’s like to be overlooked. She was the first preschool teacher in her rural, southwest Kansas district to join her local union’s executive team — she now serves as local co-president and on the negotiations team — and frequently attends regional and state association-led events. “When I introduce myself, people are often surprised to hear I teach preschool,” she said.

“There is an unfair idea that preschool teachers do not have the interest or ability to be involved in the workings of NEA. People assume that because we teach young children, that we may not be invested in the whole system, or that because we spend our days talking to little people, that we can’t hold our own in tough situations,” she said. “But early childhood educators are some of the most highly educated and intelligent people that I know.”

Years ago, to serve the special-education needs of their students, Rosproy and her preschool colleagues worked without pay for many hours every week. “When we discussed it, we thought nothing would change,” she said. When they brought it to their local union, a union leader said, “Wow, we never realized this was happening.”

“And that’s because we weren’t represented before; we weren’t speaking up, and nobody was asking what we needed,” Rosproy said.

This disregard also happens in school communities to under-represented groups of students and families who have been typically neglected or unnoticed, she pointed out. “If you’re in a leadership position now, you have the responsibility to engage unusual voices,” she told delegates. “And if you’re not, you have the right to demand representation.”

Rosproy, whose intergenerational preschool classroom is located inside a retirement village and nursing home, is the first early-childhood educator chosen as National Teacher of the Year. A teacher for 10 years, Rosproy is co-head teacher of the Winfield Early Learning Center, co-president of the Winfield National Education Association, and also a member of the Cowley County Special Services Cooperative Early Childhood Academy Team, which trains and supports Winfield’s preschool educators in positive behavior interventions.

Before schools physically closed in Kansas this spring, Rosproy co-chaired a state task force to plan for continuous learning during the pandemic. When schools re-open this fall, she has said they must focus on the social-emotional needs of students.

On Friday, she shared a story about a preschooler who she recently watched play soccer. In typical 4-year-old behavior, he hung on the goal posts, twisted his shirt over his head, and rolled on the field. Rosproy watched as his mother approached him, thinking he was about to be in trouble, but the mom said to him, “Buddy, get up. Your team needs you.”

To RA delegates and NEA members, Rosproy delivered the same message on Friday: Get up. Your team needs you.