'It's Freedom We’re Fighting For'

Educators fuel the fight for freedom—and their importance has never been more evident and urgent, NEA Executive Director Kim Anderson said before the NEA Representative Assembly on Monday. 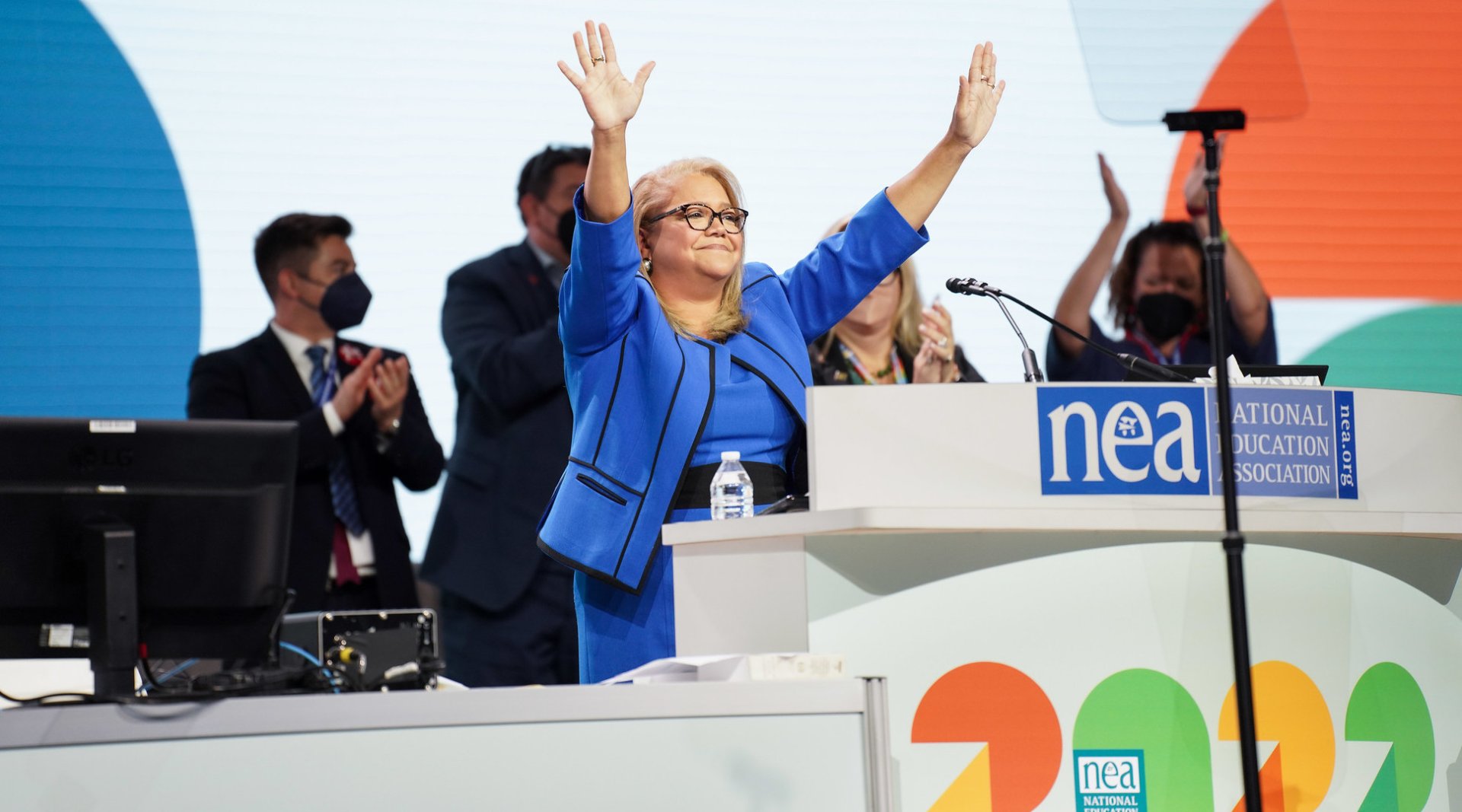 “It is the institution of public education that equips us with the knowledge to engage in civil discourse, to debate the issues of our time, and to understand the lessons of our past,” Anderson said.

“Our children, our students—they know that the American experiment is supposed to embody a learning journey, like the ones you foster every day in America’s classrooms and on our campuses,” she added.

Educators must continue to join students and parents as freedom fighters, said Anderson, to counteract the many factions that would privatize public education, suppress the truth, and erode our freedoms in order to protect their own wealth and power.

The factions we face

Anderson’s words about the political climate educators and public schools are facing were sobering: “I would submit to you that we have never faced this complex a set of ideological factions and movements in our union’s history.”

We see it in “the so-called education reform movement’s flawed theory that if you simply create enough privately run, unaccountable charter schools, weaken the voice of educators, and ignore racial and social inequities, … somehow the entire system will be jolted into some magical, fictitious education utopia.”

We certainly see it in the surge of authoritarianism that followed the 2016 elections and the MAGA movement that inspired an angry mob of more than 2,000 people to attack the U.S. Capitol in an effort to overturn the 2020 election, she said.

“And now it appears that we face a judicially imposed theocracy, given the decisions handed down by the Supreme Court in the last two weeks,” Anderson added, referring to the high court’s troubling decisions on reproductive rights and the separation of church and state.

Echoing the work of activists like Frederick Douglass, Paolo Friere, and Audre Lorde, Anderson stated, “We know this: Despair is a tool used to oppress.”

When we come together, we can win for students

All around the country, educators—together with students and parents—have taken the lead to create meaningful change in their schools and communities.

Anderson shared a wealth of examples:

“In Wisconsin, WEAC [the Wisconsin Education Association Council] and the Wisconsin Public Education Network asked voters to approve bond referendum funding for public education across the state with a simple but fundamental idea: Public schools unite us. And we won big time!

"In New York … NYSUT beat extremist, anti-public education school board candidates all across the state. Eighty-six percent of the candidates NYSUT endorsed won!

"In Indiana … ISTA [the Indiana State Teachers Association] helped build a broad-based coalition of over 200 organizations demanding that our students deserve to learn the truth [about our nation’s history]. ISTA’s fight shows us that no matter whether you live in a red state, a purple state, or a blue state, Americans across race, space, income, and background come together to open the doors of learning wider for all students.

"In Delaware and California, members of the Delaware State Education Association and the California Teachers Association led the way to pass groundbreaking gun violence prevention laws that their governors signed just this week.

"We beat back vouchers in Iowa, Oklahoma, and South Carolina.”

A call to action

Students are counting on educators to stand up for our freedom, and that starts with the job that teachers and education support professionals do every day in their schools.

“You read books; you don’t ban them. You teach the truth about our history; you don’t deny it. You protect our children’s safety, not the gunmakers’ profits. You see our children as they are; you don’t deny their identities,” Anderson said before the energized crowd, who just hours before had passed an inspiring new policy statement on Safe, Just, and Equitable Schools, which further asserts NEA’s dedication to forging a better future for all students.