Privatization is a threat to public education. Educators must be aware of privatization and take measures to prevent its dangerous impact on school communities.
Share

The Perils of Privatization

In our nation's history, public services like education were considered so essential to the functioning of society that they could not be left to the whims of the market or the opportunities of profiteers. When public school employees, especially education support professionals (ESPs) are “privatized” or “outsourced,” this means that a private contractor is taking over their services. The employees are no longer public employees working for the school district—they are employees of an individual or company with a contract to provide services for the district.

Why does privatization cause problems for ESPs and schools?

What is lost in privatization?

How can local associations can take preventative measures against privatization?

Tenure inspires innovation and protects academic freedom, and NEA and its affiliates are working hard to defend and expand it.

Let’s say a faculty member wants her students to explore the efficacy of gun-control laws in a state where the governor wants to repeal an assault-weapon ban. The governor’s appointees of the state board of higher education hear about this classroom exercise and say to the college president — we’re not entertaining anti-gun opinions in university classrooms. Tell that professor to stop, or fire her. Or, let’s say a faculty member is developing alternatives to a popular cancer drug in her research lab. The corporation that owns that drug is a big donor to state political campaigns, and doesn’t want new competition. Word gets back to college administration: shut down the lab.

Tenure is about providing vital protections for academic freedom. Without it, faculty could be dismissed for teaching unpopular political opinions, or exploring research costly to big corporations. The common good, which is at the heart of higher education, would be undermined.

This is why NEA defends tenure and works with its local bargaining units to include tenure protections in faculty contracts and to convert part-time or contingent positions to tenured ones.

The NEA statement on tenure “affirms that academic and intellectual freedom in institutions of higher education are best protected and promoted by tenure, academic due process, and faculty self-governance. Such protection is enhanced by including—where possible—these items in a collectively bargained contract enforced by binding arbitration.”

According to the 1940 "Statement on Principles of Academic Freedom and Tenure," which NEA first endorsed in 1950 and again in 1985:

Institutions of higher education are conducted for the common good and not to further the interest of either the individual teacher or the institution as a whole.

The common good depends on the free search for truth and its free exposition. Academic freedom applies to teaching and research. While freedom in research is fundamental to the advancement of truth, academic freedom in the classroom protects the rights of teachers to teach and of students to freely learn.

Faculty and staff also have the right to assist colleagues whose rights have been violated.

Tenure may be defined as the expectation of continuing and/or permanent appointment in an institution, granted to a faculty member after a probationary period and extensive, objective peer and institutional review of their teaching, research, and service, according to criteria adopted by faculty at that institution.

During the probationary period, generally not to exceed seven years, untenured faculty should enjoy the same academic freedom as their tenured colleagues and be made aware of the criteria for promotion and tenure. In this system, any attempt to legislate tenure criteria for an entire state would be inappropriate.

The courts generally recognize tenure as a right of property that, under the Fourteenth Amendment, cannot be alienated from a faculty member except by academic due process and for just cause. Academic due process usually is established by faculty by-laws, constitutions, and collective bargaining contracts, and typically looks like legal proceedings. In such, the burden is on administration to prove beyond reasonable doubt that a tenured faculty member should be dismissed or suffer sanction.

More and more, U.S. institutions are hiring part-time faculty members, or those on temporary or rolling contracts, to save money and weaken the voice of faculty on campuses. These contingent faculty often earn poverty-level wages, forcing them to cobble together gigs at various institutions to make a living wage. This means they’re often on campus to teach only, and unable to participate in the mentoring and advising that underlay student learning.

Typically, they also lack job security or access to grievance procedures, which means they’re less likely to engage in controversial but important classroom conversations. It would be potentially dangerous to their livelihoods to stand up and say such critical things as, this university is dangerous to students who have mental-health needs.

As a result, the popular trend to academic contingency is harming faculty’s academic freedom and its ability to share governance.

Tenure quotas — arbitrary limits on the percentage of tenured faculty — have a negative effect on the academic environment of an institution. Decisions on tenure should not be motivated primarily by a desire for budgetary "flexibility."

Faculty development plans should be developed and implemented with faculty involvement. In order to provide students with a quality education experience, faculty have a responsibility to remain current in their fields to provide students. Tenure does not and should not interfere with faculty continuously working to better themselves.

The Educators Employment Liability (EEL) program is a professional liability insurance program which NEA provides as a benefit of membership. The program is totally dues-funded; members pay no separate fee. It is designed to protect association members—whether classroom teachers or support professionals—from personal financial liability for most incidents arising out of their educational employment activities or duties.

The EEL Program provides insurance coverage for a variety of situations which result in injury to someone other than members. For example:

Find more about the benefits and advantages of the EEL program. 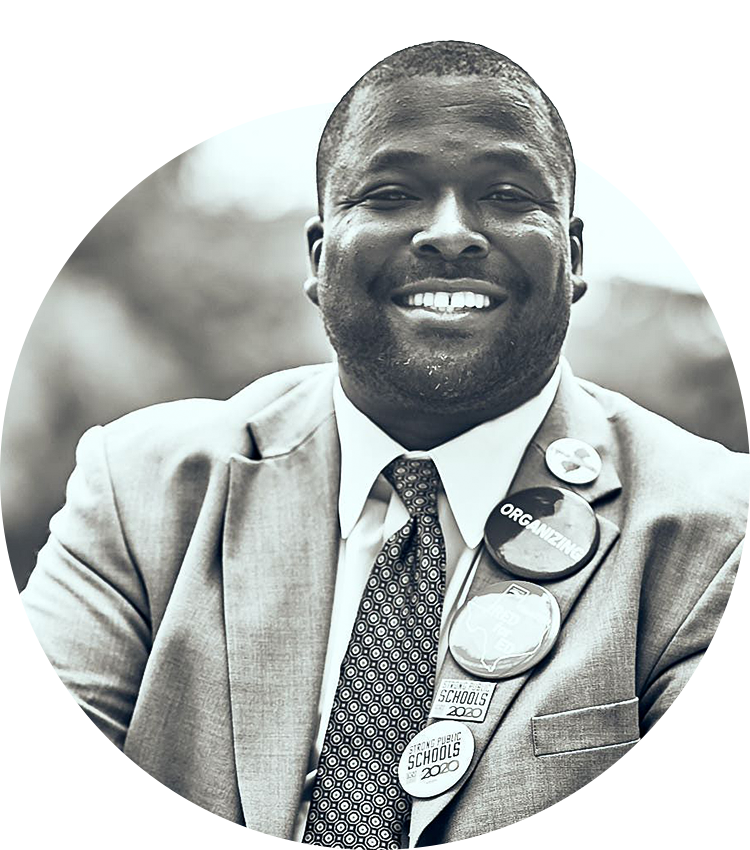 When I first got involved with my union, I quickly learned how the union supports education support professionals, like me. NEA’s ESP Growth Continuum, for example, creates a pathway for growth where I’m able to master my profession—and remain in it.

Sign up for email alerts with insights and actions you can take to protect public schools.