Kim A. Anderson, a national leader in the fight to transform America's public schools, is the executive director of the National Education Association.

On September 1, 2019, Kim A. Anderson became the Executive Director of the National Education Association (NEA), America’s largest union, representing more than 3 million educators.  Anderson's lifelong commitment to breaking down barriers for others has never wavered, and with this appointment, she breaks down one of her own:  she will be the first woman and first person of color to serve as NEA executive director.

She previously worked at the National Education Association for more than 15 years, leading some of NEA’s most innovative and successful national campaigns. Anderson oversaw NEA’s seminal campaign to pass the Every Student Succeeds Act, the culmination of a 12-year effort to replace the test-and-punish regime of No Child Left Behind.

As NEA’s senior director of the Center for Advocacy & Outreach, she led several departments, including: Campaigns and Elections, Collective Bargaining and Member Advocacy, Government Relations, Human and Civil Rights, and Minority Community Organizing and Partnerships. One of her proudest achievements was assisting NEA affiliates to align student-centered advocacy and labor-community partnerships and organizing to enhance public education for students and respect for educators’ expertise.

Prior to her role as senior director, Anderson’s work ethic and deep policy expertise, made its mark on a wide variety of legislative issues as she led NEA’s Government Relations division. Here, she led countless federal legislative efforts that positively impacted NEA members and students, including the $10 billion Education Jobs Bill which helped restore dignity to nearly 200,000 educators at the height of the last recession.

Before becoming NEA’s Executive Director, Anderson brought her political prowess to bear, serving as the Executive Vice President of the Democracy Alliance (DA) where she managed the DA’s programs, staff, and budget. In this role, she built deep partnerships and coalitions with national and global leaders to develop investment strategies to address numerous democratic concerns – everything from civic empowerment, voting rights and expansion of the electorate, winning state and local elections, progressive leadership development, climate justice, and empowering New American Majority communities.

Before joining NEA, she served as deputy legislative director and legal counsel to Sen. Charles Robb of Virginia, where she co-authored legislation on behalf of African-American farmers who had experienced decades of discrimination by USDA officials. The legislation paved the way for one of the largest civil rights settlements in American history at that time.

She was an associate at the law firm of Covington and Burling, and is a former member of the Central Committee of the Democratic Party of Virginia. Through decades volunteering for those in need, whether as part of her church community, or serving on the boards of the New American Majority Fund, Voices for Progress, Public Campaign, Every Voice, Learning First Alliance, and Progress Now, Anderson has kept service in support of others as a hallmark of her career and life.

Anderson received her undergraduate degree from the College of William and Mary in Williamsburg, Virginia, and received her law degree from The George Washington University where she was a member of the George Washington University Law Review, the Moot Court Board, and was the first African- American woman to serve as president of the Student Bar Association. She and her husband Patrick live in Alexandria, VA and have two children. 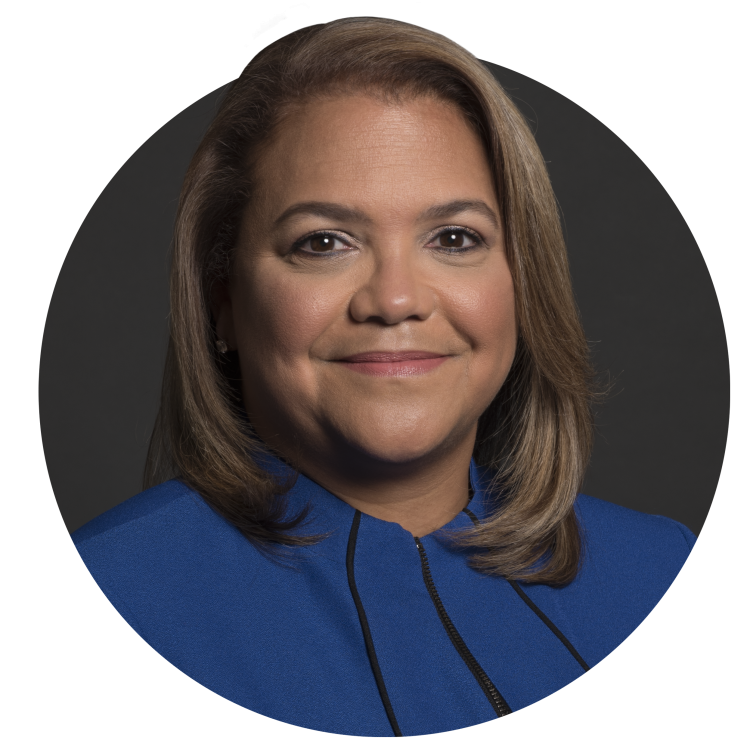 Together, we will create a future fueled by our members, worthy of our students, and essential to the nation.