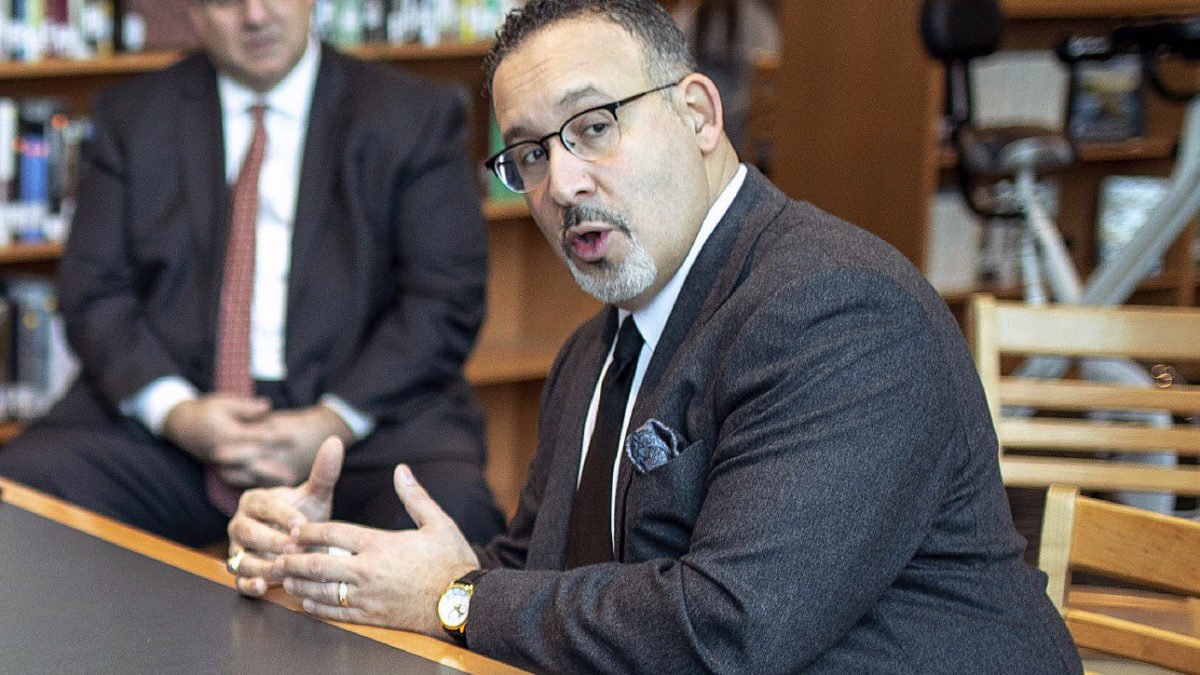 “In these tough times, students, educators, and families face unprecedented challenges — from the COVID-19 pandemic and economic crisis to the systemic racism that has held back too many students for too long. We look forward to partnering with Secretary-designate Miguel Cardona in taking on these challenges together,” Pringle said.

Cardona will work as part of the Biden-Harris administration to invest in the nation’s public schools — because all students deserve a safe, welcoming, well-resourced school, no matter where they live. As a person of color and the son of migrants from Puerto Rico, he is an inspiration to many, particularly students who will see in him a reflection of their own experiences. With a deep knowledge of the issues impacting students inside and outside the classroom, Secretary-designate Cardona knows that we must make improvements for our students by tackling issues such as housing insecurity, hunger, and economic instability, to help our students succeed.

Here are five things you should know about Cardona’s policies that have educators excited:

He has experience teaching in public schools

Cardona began his career in education as a fourth-grade public elementary school teacher before becoming the youngest principal in the state at age 28. In 2012 he was named Connecticut’s principal of the year and served as co-chairman of the Legislative Achievement Gap Task Force.

Cardona is someone who respects educators as the professionals that they are, will listen to our experiences as the people who know the names of our students, and will ensure that we have a voice in developing and implementing education policy.

He will be a welcome change from Betsy DeVos

Unlike DeVos, Secretary-designate Cardona will ensure that the federal government’s role in education is to improve access and opportunity for every student. He is someone who will defend our students’ civil rights and focus on the success of all students.

Shortly after being appointed Connecticut Commissioner of Education, Cardona said that closing the achievement gap was “top of the list” for him and that he would look at improvements that could be made “inside the schoolhouse” and “outside the schoolhouse” such as “housing insecurity, hunger… economic instability.” To that end, he will work collaboratively to promote education models such as community schools and policies that provide whole student support.

In June 2020, Cardona said, “Fixing the digital divide is a major focus” during the COVID-19 pandemic. An analysis found that Connecticut was “the first state in the country to provide its public school students with universal access to learning devices,” including “a laptop and access to high-speed internet so they can log in to school remotely during the pandemic.”

He has championed racial justice

During his tenure as Commissioner of Education, he pushed for Connecticut to become the first state in the nation requiring more culturally diverse courses by requiring all high schools to offer courses on African-American, Black, Puerto Rican, and Latino studies. He also announced programs to entice more students of color to become teachers and to get Connecticut college students already planning a teaching career into the classroom quicker.

In February 2020, the Connecticut State Board of Education placed three local school districts within the Achievement First charter network on probation after they repeatedly violated “the state’s ground rules for operating a public school.” Cardona said “the network’s repeated non-compliance with state regulations made it seem like Achievement First thought of their oversight as ‘somewhat of a nuisance.’”