Administrative costs account for 28 percent of the University of the District of Columbia's operating expenses—a ratio that far exceeds the national benchmark of 8 percent. What does this mean for faculty and students? 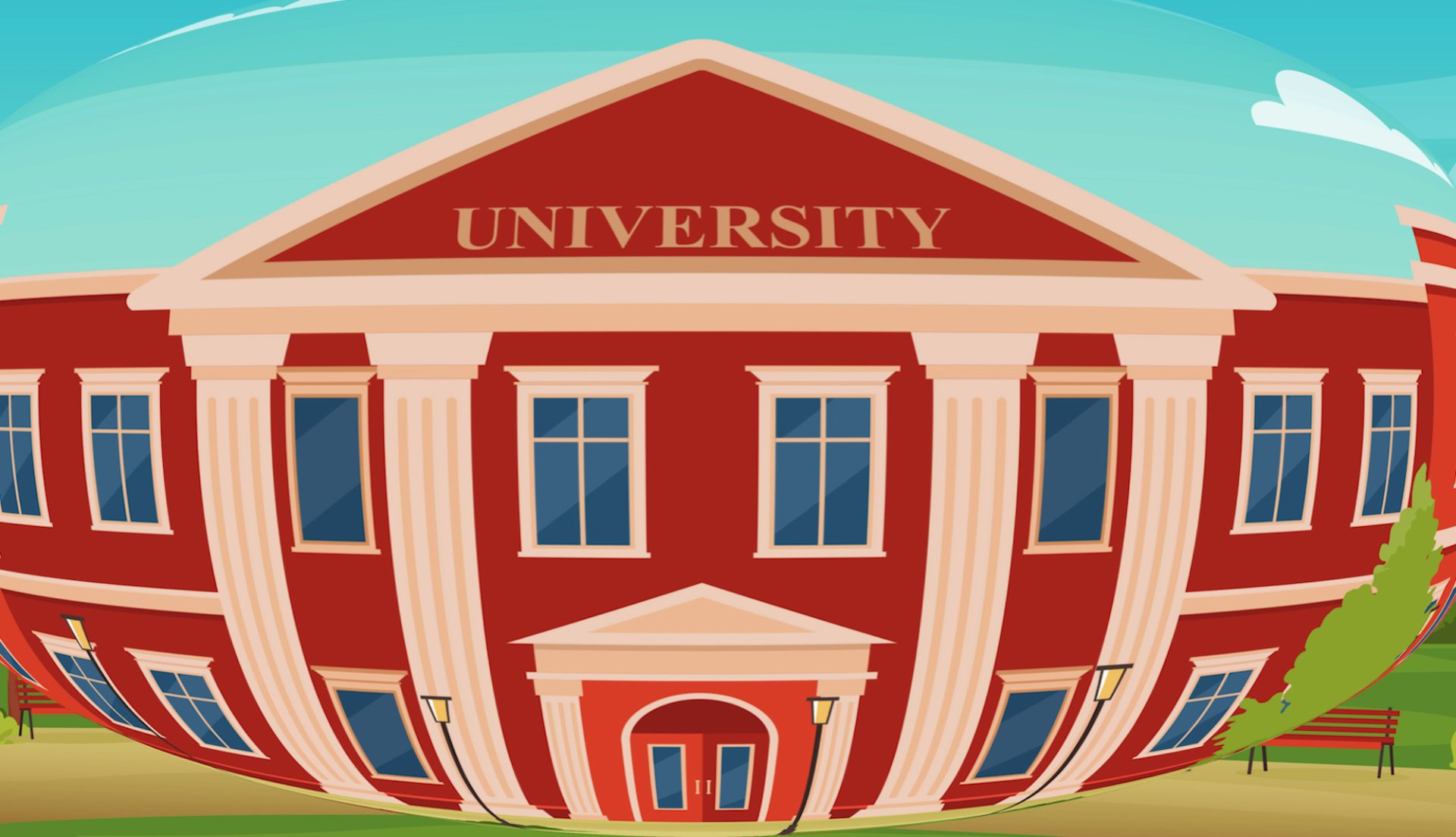 For years, faculty at the University of the District of Columbia (UDC) have noticed a trend. Some of them call it “administrative bloat.”

“When I first came here in 1971…we had two floors of administrative space,” recalls Paul Bachman, UDC professor of business management. Back then, he could count the number of non-teachers employed by the university on two hands.

Today, he’d need 100 hands. “We’ve got buildings full of administrators,” he says. “And still they say, they have no money to do anything!”

Faculty pay is too low, student tuition too high, says Bachman. “The people running this place—they seem to think the money belongs to them, that it’s not there for the benefit of the students.”

Where Is the Money Going?

The university spends about twice as much money on non-instructional staff as it does on faculty. Indeed, a cursory review of UDC salaries published by DCHR—the city’s human resources department—shows UDC spent about $20 million on faculty in 2021 versus $40 million on its nearly 500 office workers.

Additionally, the DCHR data shows many layers of executive employees with high levels of pay. “It feels like whenever you point out something that needs to be done, they hire another vice president!” says UDC Professor Helene Krauthamer. “And, for sure, administrators get more pay. The disparity is ridiculous.”

This disparity isn’t just an insult to hard-working faculty, it impacts UDC’s bottom line as well. An analysis of the university’s financial audits reveals that administrative costs consume a whopping 28 percent of UDC’s operating expenses, an amount that is 3.5 times higher than the national benchmark of 8 percent.

Faculty Pay, On the Other Hand…

When a university spends a lot of money on administration, it must limit spending in other areas—like faculty pay.

At UDC, the average mid-range, or associate professor earned $75,800 a year in 2021, according to NEA data. It’s about the same pay as public universities in Springfield, Illinois; Bangor, Maine; and Omaha, Nebraska—but those places all have much lower costs of living. (MIT’s Living Wage Calculator shows a person needs to make $22 an hour to pay their basic bills in metro D.C., and between $15-17 in those other cities.)

“I know most of America has second jobs. My family members do. But there is also the sense that if you have a teaching job at a major public university in the United States, you shouldn’t have to work a second job.”

Meanwhile, associate professors at public universities in cities that cost the same as D.C.—New York and Los Angeles—make about 15 percent more. For example, associate profs at the City University of New York (CUNY) make $91,700, on average.

But UDC faculty don’t have to travel that far to make more money. About 20 miles east of UDC’s campus, another public university—Maryland’s Bowie State University—paid associate profs $96,625, on average, in 2021. Meanwhile, 20 miles to the west, Virginia’s George Mason University associate profs were paid $128,689.

You Can’t Afford to Work Here

Christian Aguiar is among the lowest paid, full-time faculty members at UDC. Despite his master’s degree from Georgetown, his five years’ of experience at UDC, and his stellar reviews from students who call him “super enthusiastic about teaching,” he could nearly double his income if he went to work for Walmart as a truck driver.

It can be stressful to earn so little, Aguiar admits—but the problem with faculty pay at UDC isn’t just about him. Aguiar has worked with his union, the UDC Faculty Association (UDCFA), to measure the impact of low pay on faculty. In an anonymous survey, union leaders learned the majority of their colleagues are stressed out and exhausted. The majority of faculty are not paid enough to attain a modest yet adequate standard of living.

“Everybody still gives their all to make learning happen, but it does lead to burnout,” says Aguiar.

The survey also found that the majority of UDC faculty have second jobs, which they are reluctant to report publicly. (For decades, the university has prohibited faculty from working other jobs—a policy that might have made sense in the 1970s, when faculty were paid more, but doesn’t today, faculty say.)

“I know most of America has second jobs. My family members do,” says Aguiar. “But there is also the sense that if you have a teaching job at a major public university in the United States, you shouldn’t have to work a second job.”

Additionally, many faculty commute an hour or two from more affordable places in Maryland, says Krauthamer. “If a faculty member wants to live close to campus, it’s almost impossible—unless they inherited a house from somebody or have a spouse earning a decent salary.”

What Does This Mean for Students?

When young faculty are forced to live an hour or two from campus, it means they “are at a huge disadvantage if they want to be involved in campus life and maintain office hours,” says Krauthamer.

At the same time, that kind of faculty involvement is helpful to students. “We want to build a sense of community, so that students see us as people that they can have a conversation with,” she says. “Mentoring is a whole lot easier when you can spend time with the person that you’re supporting!”

Low salaries make it hard to recruit faculty—Bachman watched one candidate walk out of a job interview when the starting salary was revealed—and it makes it hard to retain them, too.

“We had a faculty member who left and went to the University of Tennessee,” says Bachman. “She doubled the salary we were paying her!”

A Trend in Academia

UDC isn’t the only university with ballooning numbers of administrative or executive jobs. In their 2021 article, “What’s that smell? Bullshit jobs in higher education,” published in the Review of Social Economy, the authors found that “bull**** jobs” at colleges are increasing across the United States.

Specifically, while the number of faculty in the U.S. grew by 92 percent between 1976 and 2018, mostly due to an increase in part-time or adjunct faculty, the number of executives grew by 164 percent and other staff by 452 percent.

Executives often are motivated to hire more staff to increase the power and prestige of their offices, the authors suggest. Typically, these jobs don’t have anything to do with the core mission of the university, which is student learning.

“What do college administrators and professional staffers do?” the authors ask. “Most days they attend several meetings, usually with other senior academic managers.”

At the University of California, the Office of the President’s administrative spending rose by 28 percent between 2012 and 2015, a Forbes reporter found. At that time, ten executives in that office made $3.7 million.

“The interesting thing about the administrative bloat in higher education is, literally, nobody knows who all these people are or what they’re doing,” Todd Zywicki, a George Mason University professor and author of “The Changing of the Guard: The Political Economy of Administrative Bloat in American Higher Education,” told Forbes.

UDCFA is currently negotiating a new collective bargaining agreement with UDC. Its highest priority? Achieving a living wage for all faulty. Management, on the other hand, seems determined to avoid engaging in good faith negotiations, union leaders say. In fact, management’s behavior in these negotiations has been so egregious that the union recently filed an unfair labor practice complaint with DC’s Public Employee Relations Board.

As a historically Black college and university (HBCU) and the only public university in the District of Columbia, UDC is uniquely positioned to serve D.C.’s demographically and economically diverse student population.

“It is long past time for UDC’s administration, its Board of Trustees, and the DC government—UDC’s funding authority—to step up and do what it right for the faculty who are dedicated to teaching UDC’s students and preparing them for careers that will guarantee their own financial security,” says Andy Jewell, an NEA staff representative serving as UDCFA's lead negotiator.

The best way you can support students across your campus and advocate for a high-quality higher education is to get involved directly in your community. At NEA, we partner closely with our state and local affiliates on your campus to support you where you live and work.