Education Support Professionals Campaign for a 'Bill of Rights'

In Maryland and Massachusetts, ESPs create document calling for a living wage, affordable health care, paid family and medical leave and standards for health and safety. 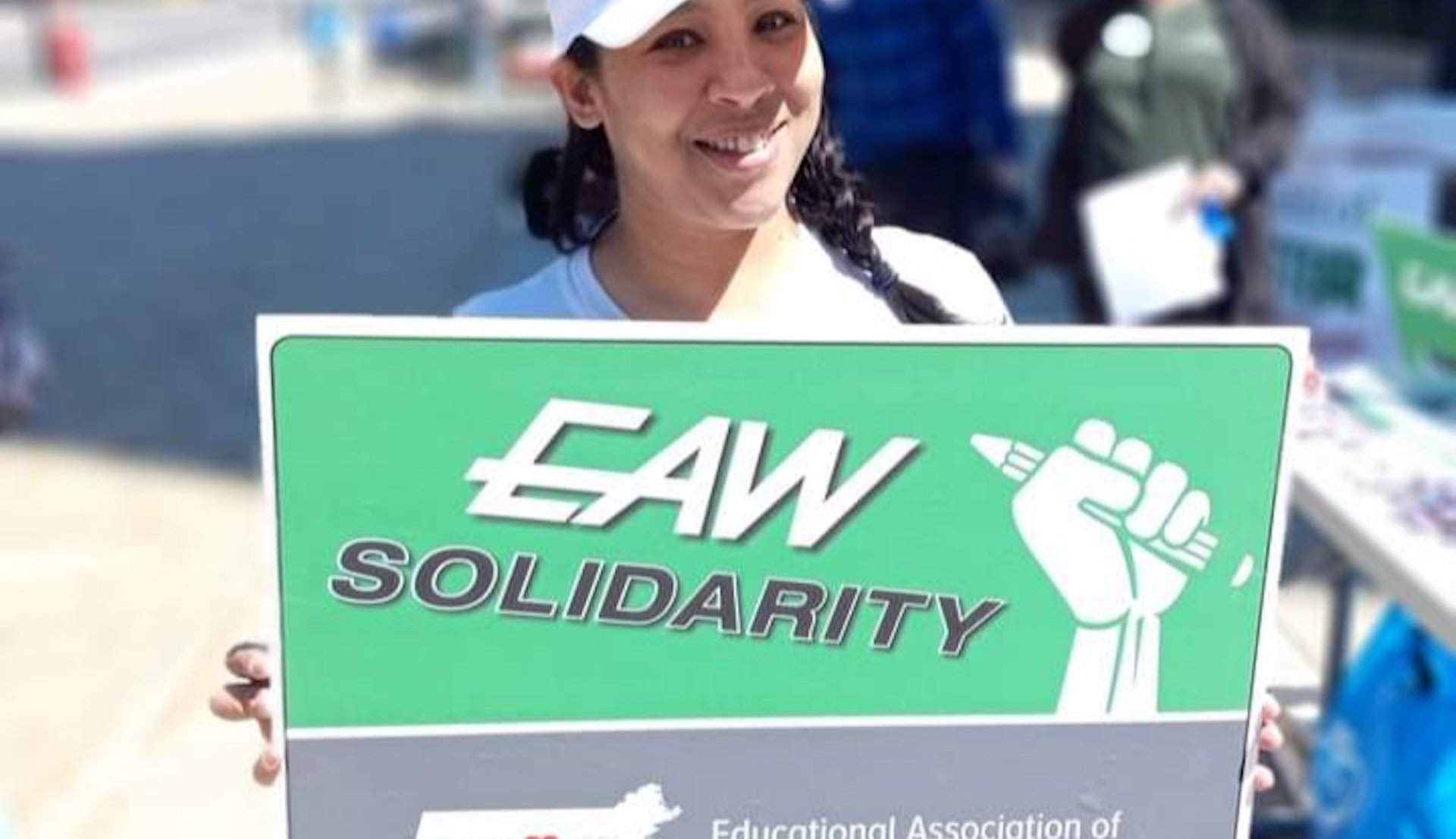 “As much as anything, we want people to know who we are. This isn’t just about money.”

That’s how Yahaira Rodriguez describes the energy behind the effort to develop an education support professional (ESP) “bill of rights” in Massachusetts, a movement she helped lead in the state that is gaining attention throughout the National Education Association and being replicated among other state affiliates.

Rodriguez, a paraeducator and member of the Massachusetts Teachers Association (MTA) executive committee and chairperson of its ESP committee, says the bill of rights emerged from outreach by MTA leadership in 2019 seeking better information about ESP concerns.

The formal document, approved by MTA in May 2021 and now being promoted by locals throughout the state (more than 100 have endorsed it) and used in many of their negotiations, spells out specific needs of ESPs, ranging from a clearly calculated livable wage and adequate health coverage to training and education.

It also focuses the type of attention on ESPs that Rodriquez believes they should receive for their critical roles in their schools.

Saul Ramos, a paraeducator, local vice president in Worcester, MA, who also has been active in the development and promotion of the bill of rights, says the document clearly and concisely outlines fundamental standards for ESP positions.

“I think we finally have a single document that says, ‘here are the things that are most critical to us – and here is why it is important for districts to recognize them,’” he says. “That’s something we’ve badly needed.”

Rodriquez says that often ESPs are asked to carry out complex, risky or unpleasant tasks—many times beyond their assigned duties or work hours—but aren’t adequately trained or compensated.

“We often don’t have time for professional development or training because our positions in schools occupy so much time or because our wages are so low, we are forced to have two or three jobs,” she says.

Ramos says the problems are often rooted in attitudes about ESPs and traditional treatment they have received. He notes, for example, that too often during professional development, ESPs are asked to do busy work or undertake other tasks where staffing is needed rather than participate in the training.

“We may be told ‘you aren’t going to be busy, so go clean out that closet or organize the books in the library,’” he says. “We hope the bill of rights draws attention to the problems with that sort of thinking and helps correct it.”

The bill of rights seeks “a living wage” for ESPs and says no workers should need more than seven years of service “to reach the top step”, their maximum earning potential. It also demands affordable health care, paid family and medical leave and standards for health and safety.

“ESPs continue to be victims of physical, verbal and emotional abuse and bullying in the workplace,” the MTA document says. “In order to provide a safer environment in our schools, ESPs need adequate supplies, fully staffed programs, clear protocols, employer-provided trainings on OSHA rules, and whistleblower protections.”

It also asks that ESPs gain “recognition as educators” so that they can be a “voice in their schools” and have access to training and professional development. Noting that 80 percent of ESPs have college degrees, the bill of rights says most earn less than $30,000 annually.

ESPs recently have made major gains in several districts statewide, and the two say in many cases locals were able to use the guidance in the bill of rights in their negotiations.

The bill of rights has received support from MTA and its leaders, including with a $150,000 grant that Rodriguez obtained to pay members to help educate locals about the document and get their feedback.

Action in Other States

The bill of rights concept was recently advanced in Maryland. Maryland State Education Association President Cheryl Bost said it grew from ESP leaders advocating for their colleagues and the state organization seeking a way to support their efforts to improve their status. Ramos says he believes a process for developing a similar document is underway in at least two other states.

Bost said in a message to state leaders that the Maryland effort “is designed to identify key ESP issues that we can collaborate on statewide to be addressed at the bargaining table, legislatively, as well as a tool to build our membership and motivate and organize members."

“I think we finally have a single document that says, ‘here are the things that are most critical to us – and here is why it is important for districts to recognize them. That’s something we’ve badly needed.” - Saul Ramos

Bost explained that in Maryland the expectations spelled out in the bill of rights were developed using input from focus groups, a listening tour by state leaders and a survey of ESPs statewide, followed by extensive finetuning with input from ESPs and others throughout the state organization. The final document was promoted broadly at the state Representative Assembly, supported with buttons and posters and a large duplicate that could be signed by attendees. ESPs were strongly encouraged to hold their own informational sessions at the local level – and were provided with t-shirts and other material.

She reported that an effort to support the document includes a campaign “to utilize the ESP bill of rights throughout the state to grow members, excite members, and get movement at the bargaining table and the development of a set of bargaining goals based on their key points." MEA also intends to make the bill of rights part of the discussions it has with state officials about legislative priorities.