Educators Ready for Fall, But a Teacher Shortage Looms

Stress may have become significantly worse during the pandemic - and it may drive more teachers out of the profession. 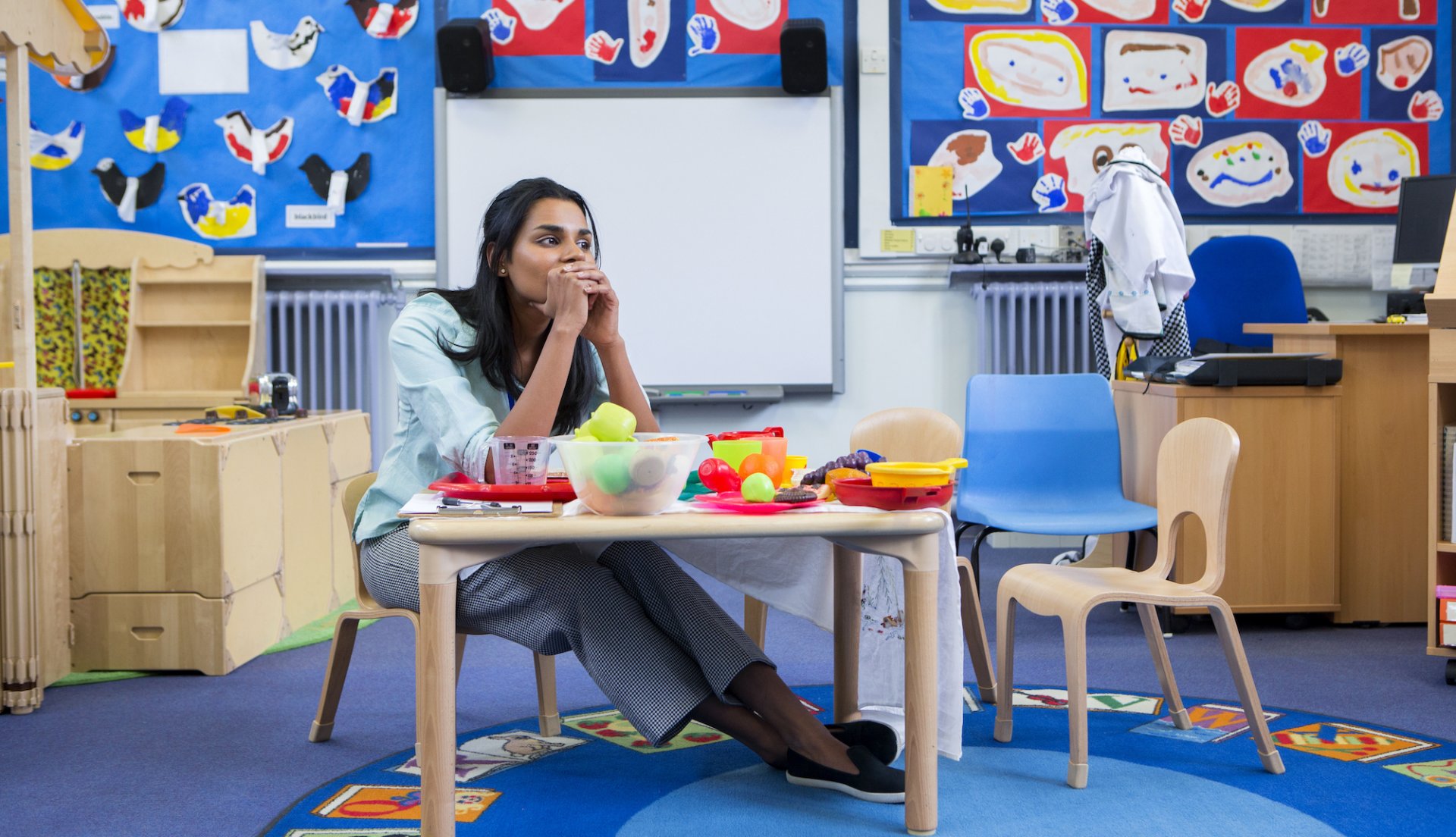 The fact that teachers are paid as much as 20 percent less than other college-educated workers with similar experience is a huge obstacle to recruiting first-rate educators. Once they are in the classroom, however, the pressures and anxiety of the job—often endured without adequate support or even recognition from the administration—could be a bigger factor in their decision to leave the profession early.

This was the case before the COVID-19 pandemic and is even more apparent in 2021 as the nation's students return to in-person learning.

According to two new surveys released this week, including one by the National Education Association, the toll of the pandemic on educators suggests a severe teacher shortage looms on the horizon.

The NEA survey of 2,690 members found that 32 percent of respondents said the pandemic has led them to plan to leave the profession earlier than they anticipated. That's a slight increase from last summer when NEA found that 28 percent of members said they may leave or retire early. The numbers are higher among members of color and members with more than 20 years experience.

A survey by the RAND Corporation, also released this week, showed similar results. Nearly one in four teachers reported they may leave their job by the end of the 2020–21 school year, compared with one in six who were likely to leave prior to the pandemic.

The NEA survey revealed that just three percent of members are now teaching virtually full-time. Overall, most feel safer about working in-person, thanks in large part to the COVID-19 vaccinations, which have skyrocketed among educators. According to th NEA survey, 86 percent of its members have received at least one dose of a COVID-19 vaccine, compared to only 49 percent in early March.

"NEA focused like a laser beam," Pringle said, in persuading the Biden administration to prioritize educators for vaccinations and making sure educators had the information and resources they needed to get access.

Overall, 76 percent of NEA members reported thet are ready for full-time, in-person instruction, with an additional 22 percent saying they will return if required.

"Educators are ready for the hope and promise of having all of their students learning in-person this fall," Pringle said. They also know "there are going to be opportunities and challenges we still must face," she cautioned.

In both surveys, educators identified many of those challenges. NEA members cited improved air quality in school buildings as a top priority, with only one-third of respondents saying their schools had adequate and safe ventilation.

Educators have been sounding the alarm around outdated HVAC systems and decaying school infrastructure for more than a decade. While some NEA affiliates have been working successfully with districts to make infrastructure improvements, especially around air quality, strong federal action is needed. Passed by Congress in March, the American Rescue Plan, which has funding that can be used for modernizing HVAC systems, was an important first step. The comprehensive infrastructure proposal currently being debated by Congress promises to create even safer and healthier learning environments, especially for students in high-poverty schools.

Many educators also are not convinced their schools have concrete plans to properly address the academic challenges exacerbated by the pandemic. According to NEA's survey, only 23 percent of members say their schools are implementing or even considering more one-on-one tutoring opportunities for students next year. Twenty-seven percent say there are no plans for more tutoring, and 50 percent are not sure.

Additionally, only one-third of NEA members are aware of any plans by their schools to address educator mental health. Forty-one percent said they were not sure.

The RAND survey dug deeper into the issues around teacher stress and mental health and found that teachers are almost twice as likely as other employed adults to experience "frequent" job-related stress and almost three times more likely to experience depressive symptoms. (The CDC Foundation in May released similar results, with 27 percent of teachers reporting depressive symptoms and 37 percent reporting symptoms consistent with anxiety.)

The impact on the teacher pipeline could be severe, says Elizabeth Steiner, lead author of the RAND report.

"The experiences of teachers who were considering leaving at the time of our survey were similar in many ways to those of teachers who left the profession because of the pandemic," Steiner said in a statement. "This raises the concern that more teachers may decide to quit this year than in past years if nothing is done to address challenging working conditions and support teacher well-being.”

The RAND survey pinpointed several drivers of stressful working conditions: a mismatch between actual and preferred mode of instruction; lack of administrator and technical support; technical issues with remote teaching; and lack of implementation of COVID-19 safety measures.

'Something Has to Change'

Doris Santoro, a professor of education at Bowdoin College in Maine, believes the fallout from the pandemic on the teaching profession may not be known for at least a year.

"The conditions teachers have been working under have been rife for burnout and demoralization, so we will see some attrition this year. But what I'm really worried about are those teachers who are going to stick it out and see what the next school year brings, how things are handled by their schools and districts."

If educators and students aren't given the time and pace to reconnect, if real learning isn't supported, if social and emotional learning isn't prioritized, if safety and health protocols aren't improved, "we could be headed off a cliff," Santoro warns.

Leah Juelke may be one of those teachers who can't stay in the profession she loves. Juelke, the 2018 North Dakota Teacher of the Year and a recipient of the NEA Foundation award for teaching excellence in 2019, has already seen too many colleagues over the past year head for the exits.

"We face a looming crisis in losing educators at a time when our students need them most. This is a serious problem with potential effects for generations." - NEA President Becky Pringle

For many educators, the pressures were already taking a toll before COVID, Juelke says. This past year - and the uncertainly of the next - proved to be unbearable.  "It's been heartbreaking. These were some rock star teachers," she says.

"Right now, I don't think there is enough respect for our voices and I'm not sure I feel safe going back into the school building." Juelke says air quality and lack of adherence to simple mitigation measures are a top concern.

For her to stay in the profession, "something has to change."

That's a stand being taken by educators across the country as they prepare for the upcoming school year, ready as always to advocate for their profession and help students receive the supports and resources they need to thrive after such a traumatizing year.