Two AAPI authors discuss their books and how children's literature is a step toward ending violence and hatred. 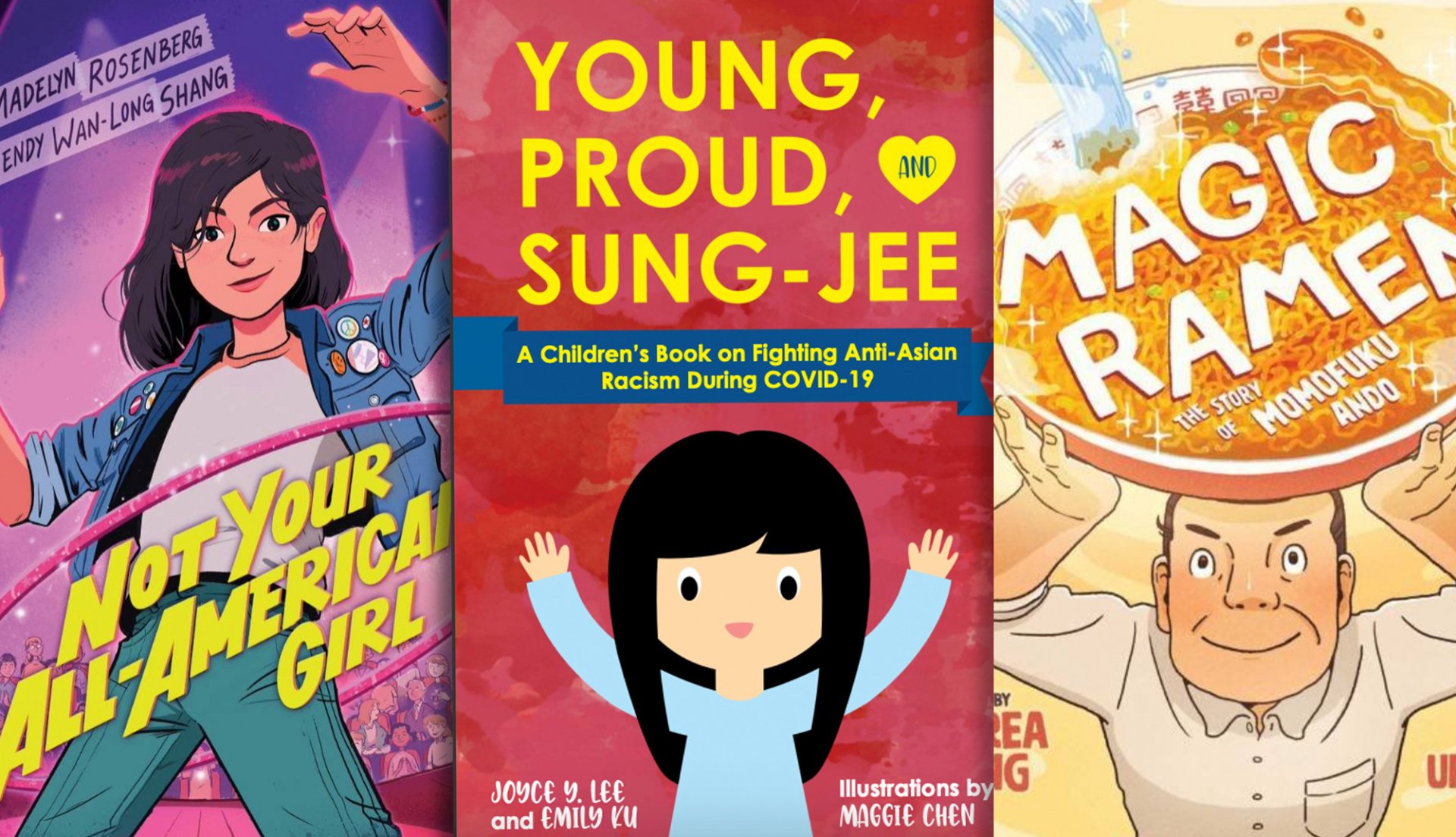 In #StopAsianHate demonstrations across the country, protesters carry signs that deliver powerful messages: “We Are All Americans,” “We Belong Here,” “I am Not a Virus,” and “I Am a Proud Asian American.”

Children’s literature about Asian Americans and Pacific Islanders (AAPI) deliver the same messages, but in a more accessible way for young audiences. Books celebrating the myriad cultures and heritages AAPI and how they enrich the American experience allow AAPI readers to feel proud of who they are and to gain a sense of belonging and understanding. They also allow readers of all backgrounds a broader perspective of who and what America is.

“Fear and misunderstanding are at the root of hatred; books about AAPI can help dispel myths and stereotypes and promote empathy and acceptance,” says Andrea Wang, author of several children’s books, including NEA’s Read Across America calendar selection for May, the award-winning Magic Ramen: The Story of Momofuku Ando. “I believe that books by and about AAPI characters are especially helpful in countering anti-Asian racism because they normalize the presence of AAPI in our communities.”

For example, Wang says, reading about a Chinese American woman WWII pilot in The Fearless Flights of Hazel Ying Lee by Julie Leung can show children that Asian Americans are also soldiers and patriots. Or more recently, the picture book Young, Proud, and Sung-jee, which is about a Korean American girl who encounters anti-Asian racism about the COVID-19 pandemic, shows how Sung-jee’s parents discuss the topic with her, and how later, Sung-jee intervenes to help a Chinese American classmate who is bullied for the same thing.

“Books about AAPI can also reassure AAPI children and encourage them to be proud of their heritage and stand up for themselves,” Wang says.

Wang studied ecology as her college major – the science of the relationships and interactions between organisms and their environment. And though she no longer works in the sciences, as a writer she’s inspired by the interactions and connections between people, especially in terms of identity and culture. Writing also allows her to explore her own identity as a second generation Chinese American.

With the rise of the #OwnVoices movement that advocates for books featuring people from marginalized communities to be written by people belonging to that community, Wang has noticed an uptick in picture, middle grade, and YA books about Asians and Asian Americans written by Asian Americans, including East Asian, South Asian, Southeast Asian, and Pacific Islander heritages.

“But there’s so much more work to be done,” Wang says.

The Cooperative Children’s Book Center (CCBC) at the University of Wisconsin-Madison reported that only 9.5 percent of the books received by CCBC in 2020 were about Asian/Asian Americans, a slight increase from 9.3 percent in 2018. The percentages of books about Pacific Islanders remained at the dismal 0.1 percent from 2018 to 2020.

We need these books, too, because the more children read about experiences different from their own, the more empathy and understanding they will develop, the greatest antidote to hatred and racism, says Wendy Wan-Long Shang, a middle-grade author who focuses on the many experiences of Chinese-Americans, including The Great Wall of Lucy Wu and The Way Home Looks Now – books she wished she had growing up as a Chinese American.

“Violence against other people, whether it is physical or verbal, begins with the ability to view the other person as less than completely human,” says Wan-Long Shang, whose new book for all ages, The Rice in the Pot Goes Round and Round, shows an Asian family sharing food and laughter. “When children read books with fully-realized Asian characters, it becomes harder for them to think of AAPI as the ‘other’ because now they develop empathy, insight and understanding with those characters.”

However, she says, books with AAPI characters alone are not sufficient to stop anti-Asian violence.

“We really need to equip children with the vocabulary, knowledge and context to understand how race has operated in this country historically and how it works today.”

Wang agrees, and her message to children, especially AAPI children, is that there is hope that things will change.

“There is increased awareness about anti-AAPI racism and President Biden just signed a new law that aims to reduce the number of anti-Asian hate crimes,” she says. “Children can also help fight anti-Asian racism by speaking up in whatever way they feel comfortable doing so, whether by talking to their friends, joining marches, or, like me, writing stories that show our common humanity.”