A series of rulings from the high court could alter the landscape for K-12 public schools and students pursuing higher education. 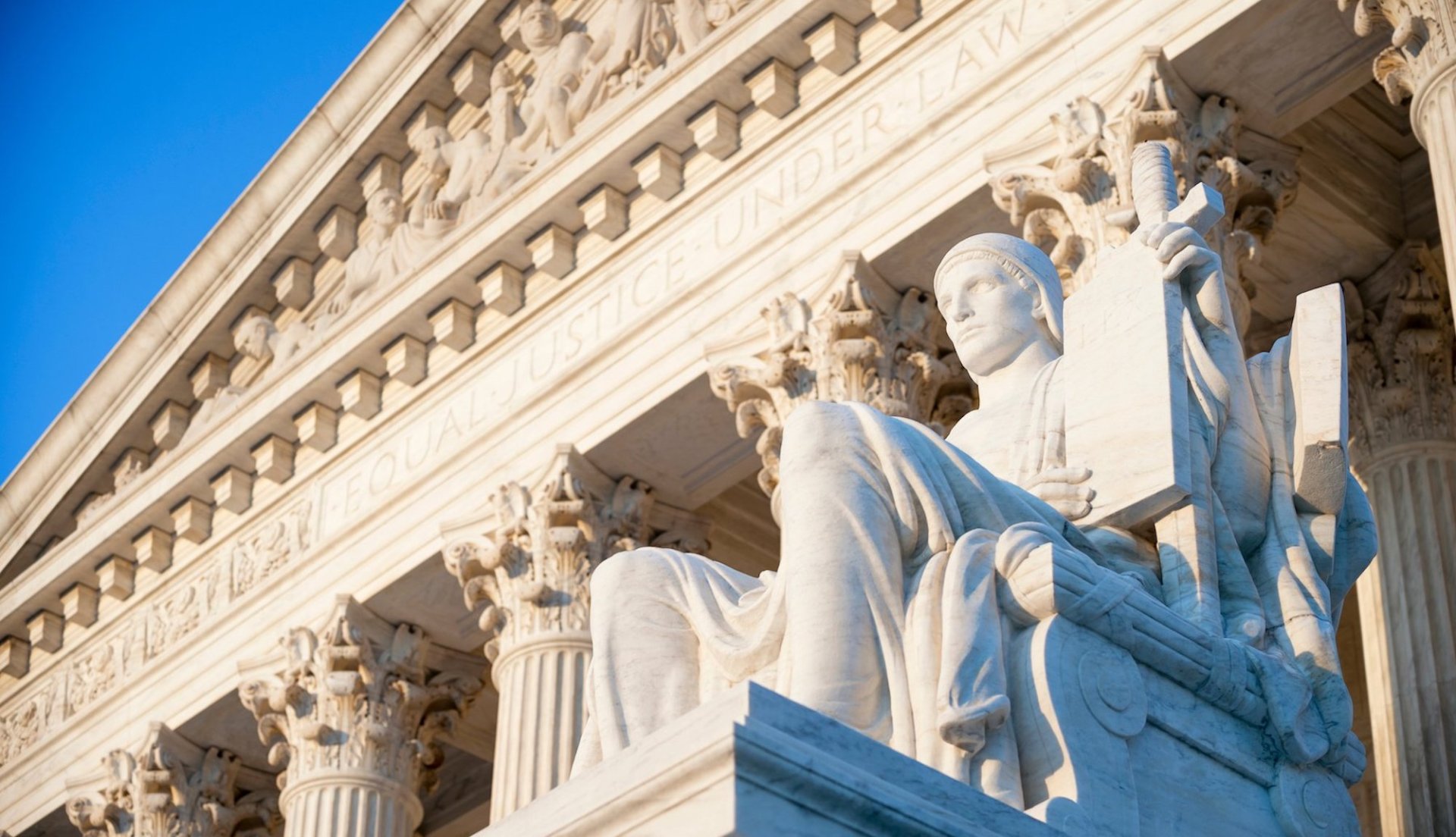 Just weeks ago, educators celebrated the inspiring confirmation of Judge Ketanji Brown Jackson to the U.S. Supreme Court. Now, they are bracing for a series of rulings from the high court on topics of great consequence for public schools.

Some of these rulings could increase the amount of federal funding directed to religious schools and curtail the use of race-conscious admissions programs. With public education already under attack from school privatization advocates and dark money groups stoking manufactured outrage over curriculum and pandemic protocols, these rulings could make the environment even harder for public schools.

1. States could be forced to fund schools that promote and instill religious faith

The Supreme Court is prepared to issue a decision in the coming months that could, in some circumstances, require states to fund private schools—even if those schools would use taxpayer dollars to pay for religious education and worship.

The case under deliberation, Carson v. Makin, centers on Maine’s unique ​​school funding program that provides families living in rural communities without public schools with tuition assistance to send their children to public schools in neighboring communities, or to private schools. While the program allows Maine families to send their children to religiously affiliated schools, it excludes religious schools that would use state funds to pay for religious worship and instruction. The Institute for Justice, a libertarian law firm supported by school privatization supporters like Charles Koch and Betsy DeVos, filed the suit on behalf of two Maine families who want to attend private religious schools that are not eligible for the program based on the use restriction.

“Improving public schools requires more money, not less, and public money should only be used to help public education," said Grace Leavitt, a high school Spanish teacher who is serving as president of the Maine Education Association. “Vouchers are the exact opposite of what students need because they strip public schools of scarce funds and give them to private schools that are unaccountable to the public.”

The Court heard arguments in the case last December.

The Carson case comes after the Supreme Court’s 2020 decision in Espinoza v. Montana Department of Revenue, in which a 5-4 majority of the Court’s conservatives held that Montana could not exclude religious schools from its tax credit school voucher program based solely on the schools’ religious affiliations. However, the Court reserved the question of whether or not states can restrict funding for religious schools that would use taxpayer money to directly pay for religious activities, teaching, and worship. That distinction is likely to be resolved in Carson.

Because of Maine’s unique program, a ruling in favor of the plaintiffs would likely have the most immediate impact on both Maine and neighboring Vermont (which employs a similar tuition assistance model) by allowing religious schools to access public funds. But depending on how broadly the Court rules, Carson could provoke further challenges from school voucher advocates, and could open the door for religious charter schools as well.

2. Universities could be forced to abandon race-conscious admissions policies

As the country continues to grapple with difficult conversations about systemic racism, the Supreme Court announced that it will hear two cases that could effectively outlaw the use of any form of affirmative for undergraduate admissions at both public and private universities.

These cases involve highly selective institutions, Harvard University and the University of North Carolina at Chapel Hill, both of which consider race as a limited factor in a complicated process of selecting candidates for admission from a highly competitive pool of applicants. The plaintiff in each of these cases is Students for Fair Admissions, an organization founded by longtime affirmative action foe, Edward Blum. In the first case, Students for Fair Admissions v. President and Fellows of Harvard College, the plaintiffs claim that Harvard’s admissions policies violates federal civil rights laws by discriminating against Asian-Americans and in favor of White applicants.. In the second case, Students for Fair Admissions, Inc. v. University of North Carolina, the plaintiffs raise the same federal civil rights claim but also—because the University of North Carolina is a public institution—content that the challenged admissions policy violates the Equal Protection Clause of the United States Constitution.

Students for Fair Admissions’s claims were rejected in both cases by the lower courts. In each case, the lower courts recognized that existing Supreme Court precedent in Grutter v. Bollinger allows colleges and universities to race as a limited factor in admissions in order to achieve their compelling interest in maintaining a diverse student body. Before the Supreme Court, Students for Fair Admissions is now asking the Court to reconsider that precedent and overrule it, effectively making all forms of affirmative action unlawful.

Although the Court decided to hear the cases during the current term that ends in June, both cases will be argued when the Court’s begins a new term in October 2022. By that time, newly confirmed Justice Jackson will have assumed her position on the Court. However, she has already indicated that she will recuse herself from the Harvard case because she is a member of Harvard’s Board of Overseers. It remains unclear if she will participate in the University of North Carolina case. A decision in these cases is not expected until some time in 2023.

3. School board censures do not violate free speech protections

The Supreme Court found that a school board’s censure of one of its members over his divisive comments does not violate the First Amendment.

In Houston Community College System v. Wilson, argued before the Court last November and decided on March 24, the justices found that the Houston Community College System Board did not infringe on the free speech rights of an elected member of the board when it censored him for offensive speech and rogue conduct. As noted in oral arguments, censures have been used by public school boards across the county to reprimand board members for speech or conduct that violates their rules.

Justice Neil Gorsuch, writing for the other justices in a unanimous opinion, said that the member could not sue the school board for censuring him and that the school board’s decision to censure him did not violate the First Amendment. Justice Gorsuch wrote that the First Amendment “cannot be used as a weapon to silence other representatives seeking to do the same,” although he noted that the ruling was narrow and that other types of censures could potentially violate free speech.

4. Restrictions on school prayer could be loosened

A recently argued Supreme Court case will likely impact limitations on whether or not students can be compelled to pray on school grounds.

Kennedy v. Bremerton School District, which was argued before the Court on April 25, is the infamous “Praying Coach” case brought by a form high-school football coach in Bremerton, Wash., who garnered national attention when he insisted on staging Christian prayers at the 50-yard line at the end of each school football game. When the school district became aware of this practice, they instructed him to stop and offered him various accommodations that would allow him to pray after games, but in a location that was private and away from players or the assembled crowd. Kennedy refused the accommodations and continued to hold his mid-field prayers, at which point he was placed on leave. He then sued, claiming that the school’s directive to refrain from his public prayers on the field violated his First Amendment rights.

The lower courts rejected Kennedy’s claims, holding that the school’s action was justified because the couch’s practice of staging overtly sectarian prayers on the football field while still on duty constituted a government endorsement of religion and therefore violated the constitutional rights of his players and public.

Before the Supreme Court, Kennedy argues that his prayers were merely private moments of personal religious expression that wouldn’t be perceived as having the school’s endorsement and that wouldn’t have the effect of coercing students in their own religious beliefs. But Kennedy’s narrative does not fit comfortably with the facts of the case, given that Kennedy himself claimed that he engaged in the prayer to “help” his players “be better people” and some of those players admitted that they joined his prayers to avoid being benched during games.

Thus, if the Court accepts Kennedy’s argument, its ruling would significantly weaken the legal protections for students by, in effect, broadly empowering teachers and other school officials to  to pressure students into participating in religious activities they find objectionable.