The Homeless Professor Who Lives in Her Car

Despite the four college courses she teaches, and the master’s degree she earned a few years ago, Tara James-Penny is homeless. Other adjunct professors across the nation face a similar economic plight. 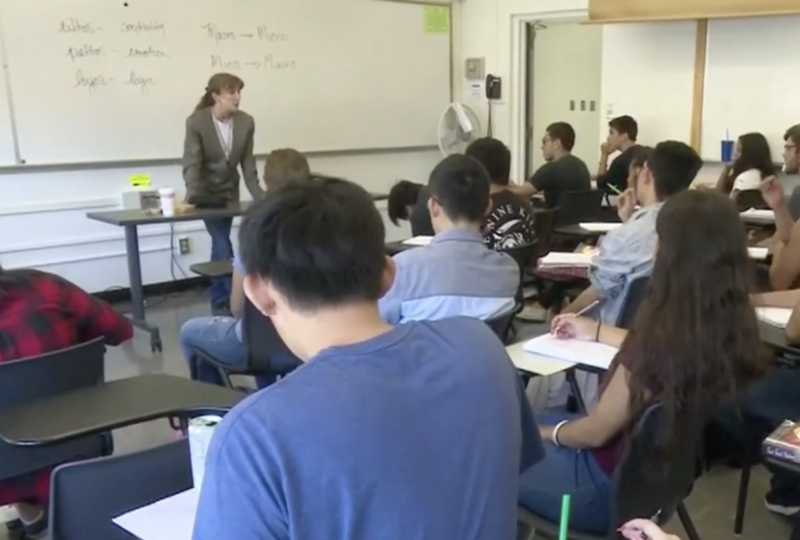 On a recent weeknight, writing instructor Ellen Tara James-Penny sits with a student in a parking lot near San José State University for more than an hour, explaining the perils of “hasty generalizations” and other pitfalls in college-level writing. Then, James-Penny and her husband get into their aging Volvo sedan and drive a few blocks to a local church, where she sleeps in their car with one dog and he sleeps in a tent a few feet away with the other.

Despite the four college courses she teaches, and the master’s degree she earned a few years ago, James-Penny is homeless. She simply does not earn enough money as an adjunct professor—that is a college educator who lacks tenure or job security, and typically is hired on a per-class basis—to afford the high cost of rents in Silicon Valley. Last year, James-Penny made $28,700, according to California’s state worker salary database. This year, she expects to make a little more, thanks to raises negotiated by her union, the California Faculty Association.

More than 70 percent of U.S. college faculty are adjunct or contingent faculty. Typically, they earn about $2,700 per course, or between $20,000 and $25,000 a year for a full-time load of courses; commute from college to college to build a living wage; and often receive no health care or other benefits, although union members, like James-Penny, are more likely to have health care as part of their collectively bargained contract. 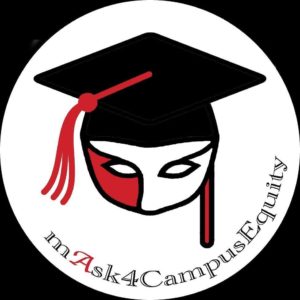 Many struggle to pay their bills. A quarter are estimated to rely on public assistance for food and housing. Indeed, many campus food banks report feeding adjuncts. Last month, the Guardian reported on an adjunct who turned to $200-an-hour sex work to pay her apartment rent after her course load—and income—was cut unexpectedly in half. “I am terrified that a student is going to come walking in,” she told the Guardian.

“This is not just me. It’s adjuncts in general, it’s adjuncts across the nation, and it has to stop!” says James-Penny.

Every morning, James-Penny and her husband hustle to pack up the tent, quickly walk their two rescue dogs, Hank and Buddy, and then get James-Penny to campus on time, looking like a person who didn’t just wake up in a car. Every night, they wonder where they’re going to sleep. Every day, they work hard to evade police, to find healthy food, to wash themselves and their clothes, and, above all, to not look homeless. It’s not easy, it’s not cheap, and it’s not sustainable, she says.

Something that would help James-Penny and other adjuncts is U.S. Sen. Dick Durbin’s Adjunct Faculty Loan Fairness Act, which would make adjuncts eligible for public-service loan forgiveness. (Durbin talked with the NEA Higher Education Advocate about his bill, as well as the need for Dream Act legislation.)

In the meantime, James-Penny doesn’t see a way out of her car, not if she continues with the work she loves. “Even though I love teaching, even though I have such passion for it, I can’t keep doing this and live in a car,” says James-Penny. The nights are getting colder, and she’s already had meningitis twice. “I tell my students ‘I love you dearly, but I’m going to love you from a distance,’ and then I get the hand sanitizer out,” she says.

One thing that James-Penny has going for her is that she belongs to one of the strongest faculty unions in the nation, the 23,000-member California Faculty Association (CFA). Over the past decades, CFA has successfully bargained for job security for its adjuncts, called “lecturers” in the Cal State system, including three-year appointments for lecturers who have taught at least one semester in a single department for six consecutive years. This kind of stability is important to faculty—and to students.

“One thing about California, we have a union and it is the best union,” says James-Penny.

“But I still don’t have a place to live.”

The problems, James-Penny notes, go far beyond any one campus. “Colleges are becoming corporations, and their concern is not education,” she says. “What I want ultimately is for our society to value education, and I mean value. The majority of really good teachers leave the field. They just can’t afford it. It’s sad."