How Educators Can Prevent Student Radicalization

An increasing number of U.S. teens are getting "radicalized" online by White supremacists or other extremist groups. The best place to prevent that radicalization is U.S. classrooms. 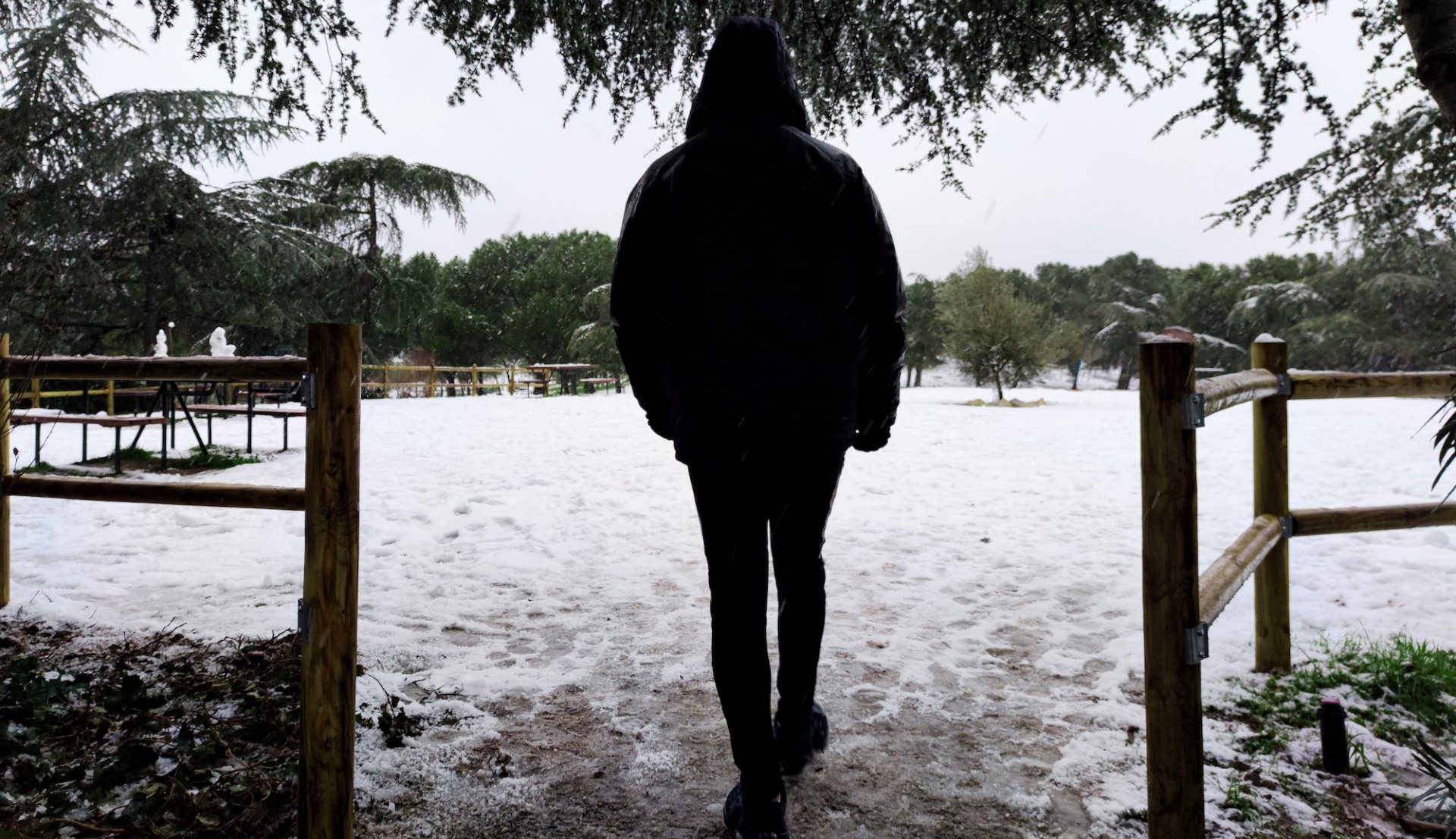 When Columbia University professor Amra Sabic-El-Rayess was a teenager in the former Yugoslavia, she never imagined that her best friend wouldn’t be her best friend someday. They shared everything—except a religion.

But when charismatic Serbian nationalists came to power in the ‘90s, they nurtured “a victim narrative,” convincing Serbs they were under threat and must protect white Christian people, says Sabic-El-Reyess. Stories about Bosnian Muslims feeding Serb babies to zoo animals appeared in Serb media.

The result? Ordinary Serbs turned on their former friends, and raped, tortured and killed thousands of Bosnian Muslims.

Today, in the U.S., Sabic-El-Reyess sees history repeating itself. The intolerance and violence she experienced in the Bosnian genocide is mirrored by White supremacists who attack Asian people on the street, take automatic rifles into Black churches, and spread conspiracy theories about Jews. Like in Bosnia, the perpetrators often are ordinary people who have been radicalized.

They need to be stopped. They need to be educated—and NEA members have an important role in doing so, says Sabic-El-Reyess, who teaches in Columbia’s Teachers College.

“We are at a tipping point in our country’s history where we need to actively counter both racism and radicalization to preserve our democracy,” warned Sabic-El-Reyess, in a recent speech to NEA’s National Council of Urban Education Associations (NCUEA) members.

“As educators, you are our democracy’s first responders,” she told NCUEA members. “Your work in our schools can prevent the targeted violence that we’re increasingly seeing on our streets and communities.”

Why Did that Kid Become a Neo-Nazi?

The word “radicalization” is startling, admits Iowa 8th-grade teacher Sara Earleywine, an NCUEA leader who introduced Sabic-El-Rayess in June. “It almost sounds alarmist, kind of crazy, ‘oh, radicalization!’ But we have to pay attention.”

Youth radicalization is on the rise, experts agree. Across the U.S., increasing numbers of teenagers and 20-somethings are using violence to espouse the ideology of White supremacists or the Islamic State or…whatever. The specific ideology doesn’t matter much, experts say. It’s not what draws them in. The teens who are most vulnerable to radicalization feel deprived or excluded; they don’t have a sense of belonging or hope for the future. What matters to them is that radicalization offers all of those things, plus power.

“We are at a tipping point in our country’s history where we need to actively counter both racism and radicalization to preserve our democracy."

“They’re searching for three very fundamental human needs: identity, community and a sense of purpose,” wrote two Northern Ireland researchers in 2017—the same year a 20-year-old neo-Nazi rammed his truck into anti-racism protesters in Charlottesville, Va., killing one and injuring 35.

In high school, the Charlottesville killer, James Fields Jr., openly shared his admiration for Nazis and the Third Reich. His favorite teacher challenged his thinking and attempted to steer him in different directions, but Fields was isolated by mental illness and unable to connect with peers or family members.

“I feel like I failed and that we all failed,” his teacher told a Cincinnati journalist. “There are others like him out there—we as a society have to do a better job of figuring out how to reach them.”

The Art of Online Radicalization

When then-21-year-old Dylann Roof walked into a Charleston church and shot to death nine Black worshippers in 2015, he had been “self-radicalized” by reading and watching White supremacist propaganda online, federal prosecutors said.

Teenagers commonly spend hours a day on YouTube, TikTok, and Snapchat. “These kids are online all the time—and they’re listening,” says Kumar Rashad, a high-school math teacher in Louisville, Ky., and an NCUEA Executive Committee member. “They’re always coming to class and telling me what they’ve heard…and it could be positive or negative.”

In 2018, Twitter suspended 4,000 accounts for terrorism-related content. “The internet is the most valuable tool for extremists,” Becca Lewis, a Stanford University researcher, told NCUEA members in June. Basically, they use it as their own “distorted version of a classroom,” where they teach their false ideas and propaganda.

You might imagine that radicals are lurking on some secret corner of the internet, said Lewis. In reality, it’s happening on YouTube and TikTok. “[Extremists] know they have to meet average kids in the spaces where they are,” said Lewis. As a result, they’re occupying the most mainstream, accessible social-media sites.

When teens find their videos and other materials, these extremists don’t sound racist or radical. In fact, they often sound like teachers. “They take on the language of educators to make their claims more plausible,” said Lewis. “Some present their false facts as sad, but true. Others make them seem like secret knowledge.” Their videos seem intimate and authentic—and convincing.

Merely fact-checking or dismissing those ideas won’t work, warns Lewis. “[Extremist] propaganda is specifically built to resist these tactics,” she said. For example, if you say there’s no evidence to these claims, extremists will argue that the evidence has been covered up. If you present counterevidence, they’ll likely say you’re just a sheep with the wool pulled over your eyes.

So, what can educators do?

Educators need to understand what drives their students to radicalizing spaces in the first place, suggests Lewis, such as “quest for knowledge, gravitation toward community, a need for mentor.”

Many teenagers are a little lost, says Rashad. “They’re looking for something to validate or invalidate themselves, depending on their mindset. That’s what they’re doing online all day,” he says. As an educator, Rashad counters online or other influences by developing relationships with his students, getting them internships, and leading them in community service—all things that provide them with a sense of purpose and connectedness.

In this way, Rashad is building resiliency to hate, which is the best approach to counter extremists, Sabic-El-Rayess told NCUEA members in June.

Educators should incorporate diverse viewpoints in their classrooms, talk about real-life issues and teach students how to negotiate and compromise, Sabic-El-Rayess said. Not only will this improve their empathy and critical thinking skills, but these exercises will engage them in a classroom community. “When educators fail to engage students on issues that matter to them, students will look elsewhere,” she warned.

“In the end, genuine education is the best defense against radicalization,” said Lewis.

It has been decades since Sabic-El-Rayess emigrated to the U.S., earned a doctorate degree, and began teaching in Ivy League classrooms. But her work today is rooted in her past, as a survivor of the Bosnian genocide.

She will never forget the days when she and her brother were so weak with hunger that they couldn’t get out of bed, or the nights when they didn’t eat or choked down a meal of cow udder. “Every day, somebody I loved—or played with—died,” she told NCUEA members. “It felt like I was in line for execution. It was only a question of how and when.”

Today, out of a sense of responsibility to the dead, Sabic-El-Rayess feels obligated to work with educators, to tell her story and use her voice to help build a “collective resistance to hate and extremism.”

This is exhausting and painful work—but also promising and life-affirming. “The power to alter and interrupt the path to radicalization is in our hands as educators,” Sabic-El-Rayess promised NCUEA members. “We are the ones who can bring our communities closer together and compel our new generations to collective action.”