The mission of NCUEA is to promote and advance quality public education in urban schools by empowering and supporting local associations, leaders, and members. In carrying out this mission, NCUEA focuses on the following areas:

Progressives and conservatives agree on little today, but perhaps they would share a belief in the importance of localism or the idea that politics and policies are best decided by local actors and informed by local contexts. As the voice of urban and suburban local affiliates, the National Council of Urban Education Associations (NCUEA) understands better than most the importance of ensuring educators that are members of local affiliates have not only a voice, but also authentic decision-making power to shape the local policy regimes that will affect them in their own schools and in their homes.

Of course, we know that localism as a political framework alone cannot solve the partisanship and polarization we are experiencing as a nation and in individual states. However, by focusing on the actions we can take on a local level with one another – our neighbors, our families, and our fellow union-member and educators – we are reminded that political partisans are people, not just members of a political tribe.

Importantly, by narrowing our focus on localism and individuals at the local level, we can emphasize the importance of forging relationships with individuals who may not share all of our political views but may share some commonly held beliefs that are actionable through a shared vehicle, their local association. Through our local work, we learn to challenge views that may be antithetical to our own set of values but doing so in a manner that does not belittle the belief holder, allowing us to build bridges not walls between ourselves and others.

This summer, we invite affiliate leaders and members to join NCUEA’s Summer Meeting to learn more about how we can overcome what seem to be entrenched politics of discord to build bridges in our communities, in our local union, and contribute to a stronger national Union.

Ian Haney López is a law professor at UC Berkeley who studies racism. His focus for the last decade has been on the use of racism as a class weapon in electoral politics, and how to respond. In Dog Whistle Politics (2014), he detailed the fifty-year history of coded racism in American politics. Ian has since actively promoted the idea of a race-class fusion as the basis for a multi-racial progressive majority. His most recent book, Merge Left: Fusing Race and Class, Winning Elections, and Saving America (2019), explains how the political manipulation of coded racism has evolved in the Trump era, while also offering an evidence-based approach to neutralizing political racism and building cross-racial solidarity.

He co-chaired the AFL-CIO’s Advisory Council on Racial and Economic Justice, along with Dorian Warren and Ana Avendaño, and founded the Race-Class Narrative Project, along with Anat Shenker-Osorio and Heather McGhee.

Robert Putnam is the Malkin Research Professor of Public Policy at Harvard University, having retired from active teaching in May 2018. The author of Bowling Alone and Our Kids, Putnam's most recent book, The Upswing: How America Came Together a Century Ago and How We Can Do It Again, is a study of broad 20th century American economic, social, political, and cultural trends.

NCUEA has always prioritized creating physical spaces for union leaders and members to collaborate, to share best practices, and learnings with one another – and from experts from outside the NEA ecosystem. Our previous conferences have featured speakers from gun control advocates like Brady, to policy wonks from the Economic Policy Institute, and authors like Nancy MacLean and Kiese Laymon.

NCUEA, like all our members, has replaced the physical spaces we’ve traditionally valued, with the digital space. And we are filling up that space with our virtual NCUEA Seminar Series. Join us as we continue this virtual series and move from summer into fall.

David Treuer, The Heartbeat of Wounded Knee
Author and Professor of English at the University of Southern California (USC)

American Legislative Exchange Council (ALEC) Exposed
A Conversation with Lisa Graves, Co-Director of Documented & Former Executive Director of the Center for Media and Democracy and Nancy MacLean, Author of Democracy in Chains and Duke University Professor.

The National Education Association’s (NEA) New Local Presidents Training equips incoming local presidents with a set of fundamental skills aligned with NEA’s Leadership Competencies, including organizing, advocacy, communication, governance, and strategy & fiscal health. These fundamental skills provide local leaders with the tools to address both internal local issues, such as membership growth and representative structures, as well as to tackle pressing issues in their school districts and communities, such as student success, as well as social, racial, and economic justice. Find more information on NEA’s Leadership Competencies here.

NEA’s Center for Organizing and the National Council of Urban Education Associations (NCUEA) partner to conduct the national Local Presidents Training. NCUEA is an autonomous political body within NEA that represents and advocates for urban education associations and the students that they serve. Click here for more information on NCUEA, its work, and on how you can join and become a NCUEA member.

This training is led by current or former local presidents – all of whom have successfully completed NEA’s Local Presidents Training. Most, but not all trainers, are from NCUEA member locals. NEA’s Center for Organizing provides all other staffing, resources, and support for this program. Click here for a complete list of the LPT/NEA Training Cadre and their bios.

If you have any questions, please contact Michael Schoettle, Field Manager at [email protected].

The Center for Organizing currently facilitates four (4) Local Presidents Training sessions per year. The program typically accepts 20-25 applicants per session. We have found that this is the optimal number to ensure robust participant discussion and enable understanding of training content.

The training lasts for 2-3 days.

Costs. NEA will cover your hotel cost, breakfast, and lunch on days the training is in session and session materials. Each participant is responsible for making flight reservations and travel arrangements. NEA is not responsible for the cost of any flight, taxi, baggage, or other travel expenses.

Trainers. All local president training trainers are alums of the program itself. Most are still local presidents, but we also maintain a roster of talented cadre trainers who may no longer be local presidents. All trainers, regardless of elected position, are members of their state affiliate and the National Education Association.

NCUEA member locals are given advance notification to apply and register for the Local Presidents Training. NCUEA’s president sends the email invitation directly to leadership at NCUEA’s member locals.

State presidents and state executive directors are also notified and invite to share the invitation with locals in their respective affiliates.

The parachute lending library at the NEA National Office in Washington D.C. is a new resource that lends banners to your local teachers’ union for upcoming marches, actions, or other activities planned by your local. The NEA has teamed up with national artists from the Art Build Workers to paint numerous different 24’ wide nylon parachute banners.

These parachutes are the "play parachutes" that one might recall from elementary school days. The blank versions of the play parachute are the perfect material for painting powerful graphics and slogans onto. They are light and have handles for upwards of twenty people to hold the image upwards towards the sky.

These banners are key visual elements for marches and actions. They are routinely photographed by the media allowing the messages of the movement to be easily communicated. Due to their large scale these circular banners are easily read by news helicopters when they are photographing the size of the march or by photojournalists situated on buildings as a march goes through a downtown area. The parachute banners also communicate to those in the march: they bring joy and celebration to the march when the parachutes are lifted upwards and people – especially kids – run under the parachutes.

The Parachute Lending Library is easy to use. Email Phillip Zanders and explain which parachute design you would like to feature in your action and the date needed for the parachute banner to arrive by mail. The parachute – if not already out on loan - will be mailed to your local. After the march or action, your local would be responsible to mail the parachute back to the NEA national office in D.C.

See examples of the parachute banners in action by UTLA in a Los Angeles march here! 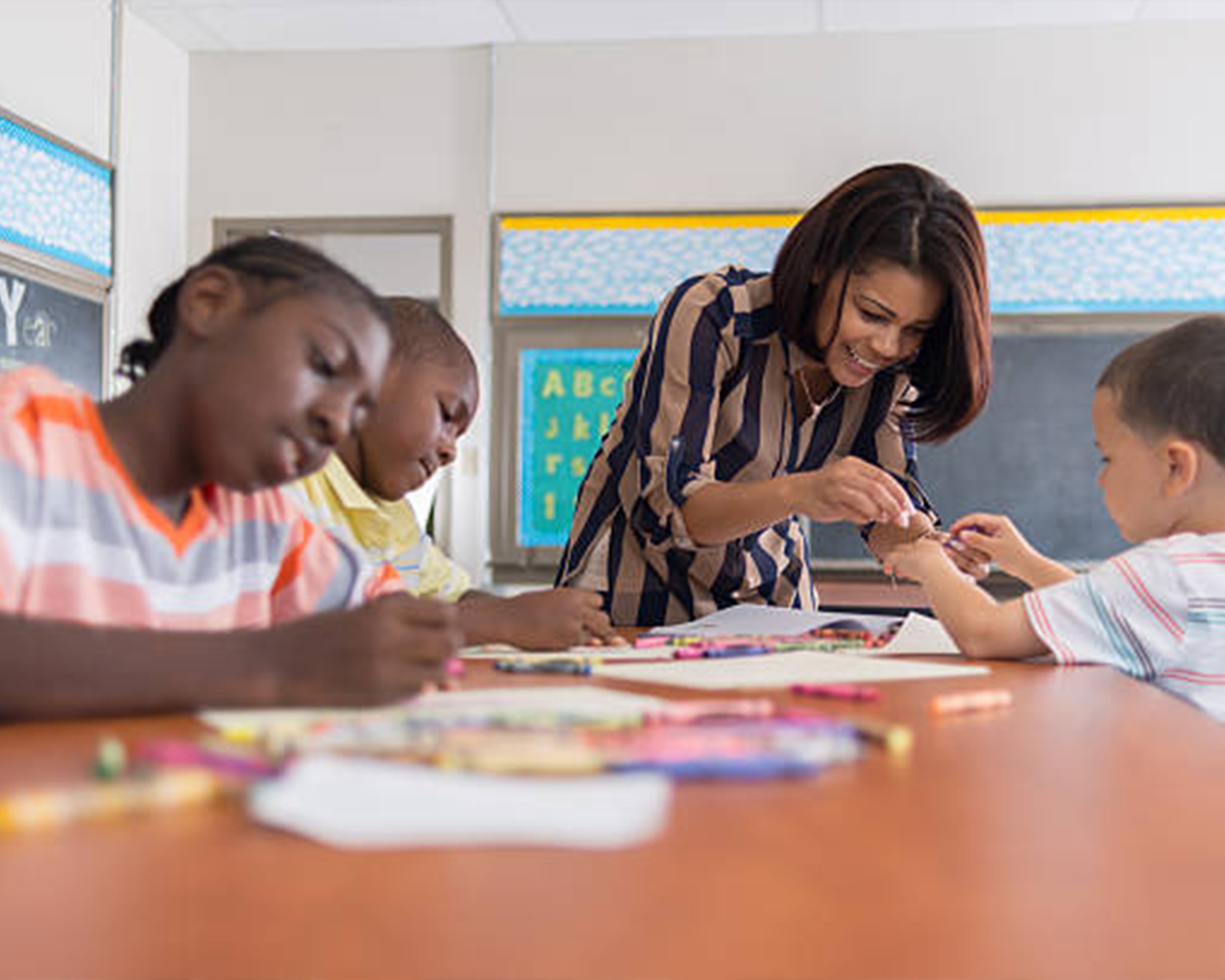 Take your local to the next level

The best way you can support your local and advocate for students and educators across your district is to get involved with the National Council of Urban Education Associations.