How Higher Salaries Could Save the Teaching Profession

To attract and retain quality teachers, lawmakers need to let educators know they are respected - and that includes a higher starting salary.
By: Cindy Long
Share 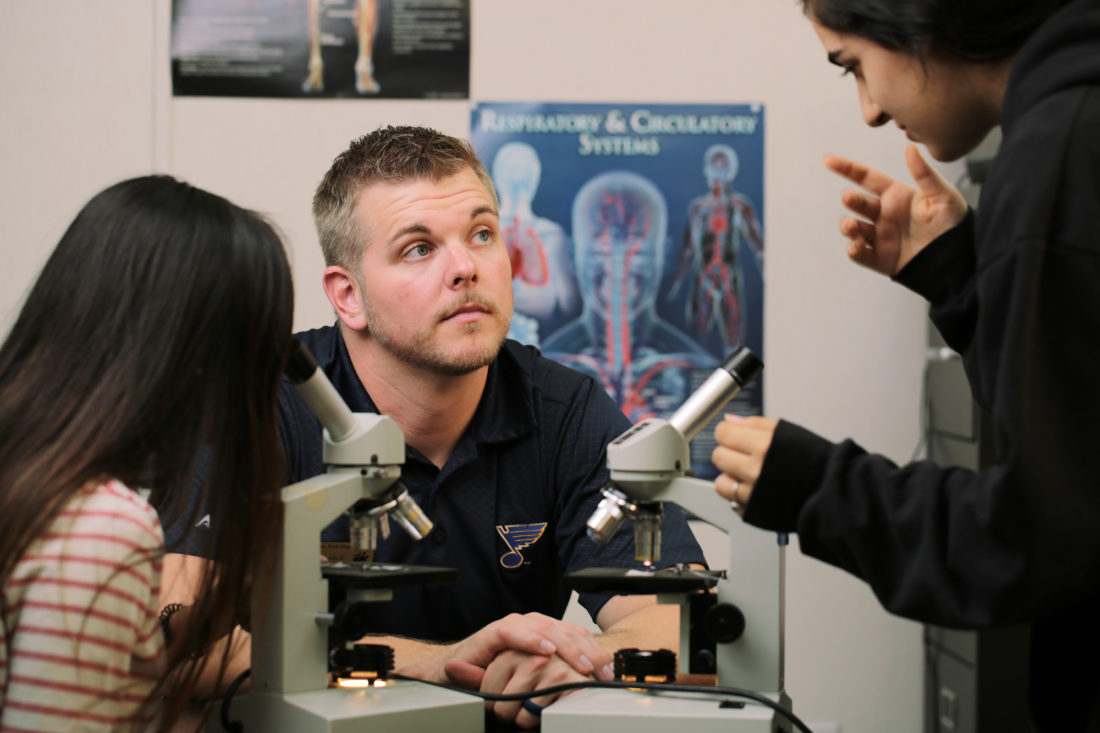 Florida science teacher Seth Knolhoff says if things don’t change in his state, he’s going to have to leave the profession he loves. He and his wife (also an educator) rarely see each other, let alone spend quality time together. They work multiple side jobs in the evenings and on weekends just to pay their rent, and they still can’t afford to start the family they dream of.

A voice at the table

With more members like you, we’ll have a stronger collective voice to deliver a future where educators live better lives, and our students get the best education possible.
Learn more about membership

“It’s not the most fun way to live, and it almost feels like we are being punished for being teachers and giving back to the community,” Knolhoff says. “We’ve looked into getting out of teaching, and each year it becomes more and more likely.”

Their departure would add to the more than 3,000 teacher vacancies in the state—a shortage some are calling “a silent strike” that’s directly attributed to low pay and lack of support.

“Teachers are taking a pass on teaching in Florida schools, and it’s easy to see why,” says Florida Education Association (FEA) president Fed Ingram. “How many people would spend four years in college to take a job that won’t pay their bills?” Recent graduates of schools of education ignore Florida recruiters at job fairs, Ingram says. Many educators who began teaching careers in the state are leaving those classrooms with no plans to return.

The average starting annual salary in Florida is $37,636. And Knolhoff earns $40,000 with eight years under his belt. But he’s not giving up without a fight.

Knolhoff is on the bargaining team for the St. Johns Education Association and is active in the FEA’s “Fund our Future” campaign, which is pushing legislators to stop destructive policies that hurt public schools and suppress salaries. These policies include: diverting much-needed funding to charter schools; dangling one-time, virtually unachievable bonuses that have neither retained nor recruited educators; and preventing teachers from receiving cost-of-living increases.

“Teachers aren’t paid nearly enough, and they feel less appreciated, more stressed, and less supported than they have in the past,” Knolhoff says. “If the state is serious about helping its students, it would make sure its teachers are taken care of. Higher pay attracts the best, most qualified teachers.”

Knolhoff used to teach in Illinois, where he grew up. When he started teaching right out of college in a small district, he earned roughly $33,000. After four years, he made $37,000, supplemented by $3,500 he earned as a freshman basketball coach.

“We also received steps each year and negotiated for raises on top of the steps,” he says. “So we could count on making a regular raise each year, which made planning for the future a much easier task.”

In Florida, educators have to negotiate raises from year to year (if they get them at all!), and, have to hope for fair evaluations, the basis of any increase. There are no steps or guaranteed cost-of-living increases. Making matters worse, district financial advisers have warned Knolhoff and his colleagues how bad the state’s retirement system is and that they should have savings outside of the district plan.

“In Illinois, we thought the state took better care of teachers in terms of test scores and evaluations—we didn’t have standardized tests other than the PSAE (Prairie State Achievement Examination) and ACT, and our evaluations had no bearing on pay. Illinois also has a fair retirement system.”

Despite these differences, Illinois is experiencing the same teacher shortage as the rest of the nation, due to low pay and increasing demands on educators. But Illinois teachers now have more incentive to stay in their state. In August 2019, Gov. JB Pritzker raised the minimum salary for Illinois teachers to $40,000. The change will be phased in over four years and will then rise based on the Consumer Price Index.

That’s a big morale booster for teachers like Bentley Stewart. It’s only her second year of teaching at the Crossroads Learning Center in Illinois’ Jacksonville School District, and she’s already feeling burned out. She currently earns $34,000 and says teachers need to feel more secure and valued in their profession.

“This [raise] is a good first step, and teachers can see that they are appreciated, which is amazing,” Stewart said at the bill signing ceremony. 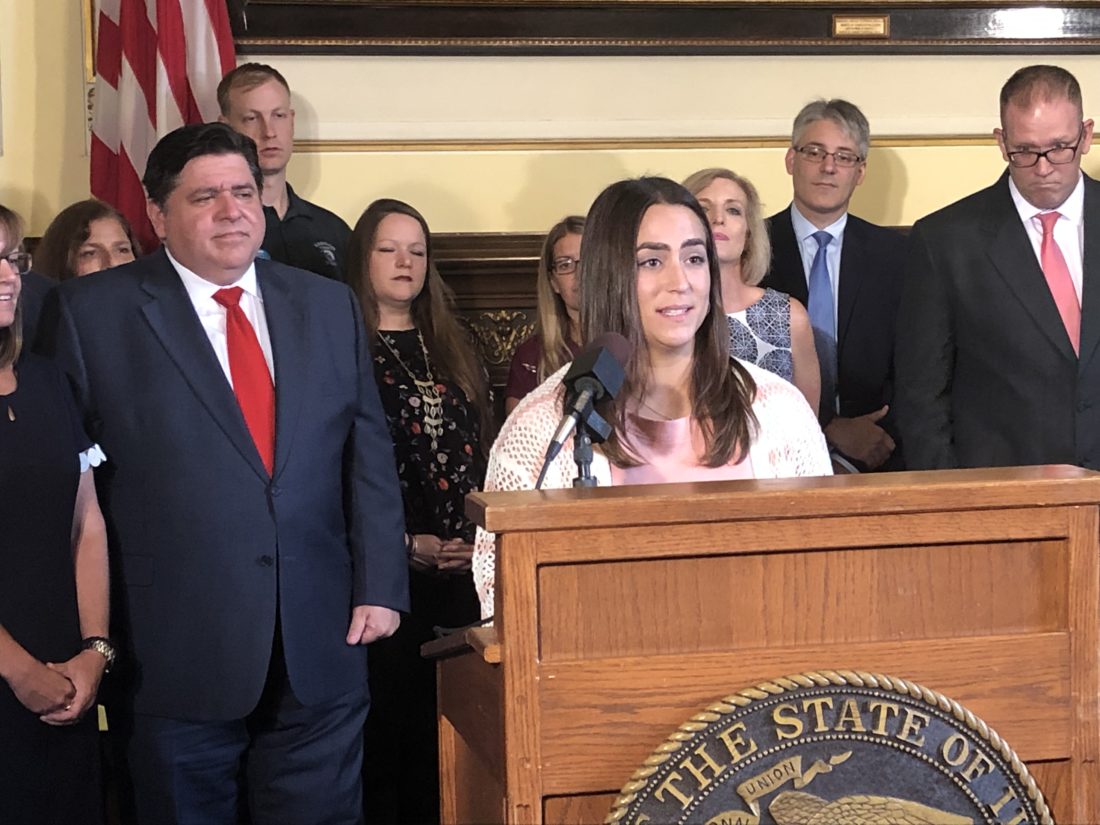 The Illinois Education Association (IEA) advocated for the starting salary increase as a way to attract and retain new educators and place more value on the critical work they do.

“We are losing people, and we’re having a hard time convincing people that this is a good profession to go into,” says IEA communications director Bridget Shanahan. “There’s research that shows for the first time ever, parents are telling their kids not to be teachers. That’s alarming! It should really make folks think about the state of public education.”

In 2019, IEA’s State of Education Report showed that more than half of Illinoisans believe teachers are paid too little. “The two words most closely associated with teachers in Illinois are ‘underpaid’ and ‘undervalued,’” Shanahan says. “That has to change.”

Positive change is slowly taking place in other states as well. A recent salary increase for Maine educators is hopefully making teaching a friendlier proposition in that state as well.

Gov. Janet T. Mills’ 2020 – 2021 budget raises the minimum annual salaries for teachers to $40,000, “to ensure that teachers in Maine will not be forced to leave the state for a living wage,” she said in a statement. 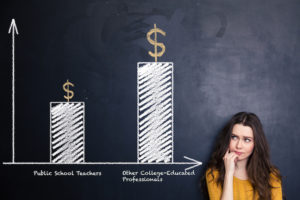 Average Teacher Salary Down 4.5% Over Past Decade
The National Education Association 2019 Rankings and Estimates report breaks down the status of educator pay (along with school revenues and student expenditures) across the nation. How does your state rank?

“What we’re seeing is a recruitment and retention issue in the teaching profession, and by increasing pay we move one step closer to ensuring our students have quality teachers who don’t leave the profession," says Grace Leavitt, Maine Education Association President. "No one gets into teaching for the money, however that is not an excuse to pay teachers poorly. It is long past time that we respect our teachers enough to pay them more, and this new law in Maine is certainly a step in the right direction.”

Not Only About Money

Maine, too, is experiencing a teacher shortage—one that’s sure to get worse as about 35 percent of the state’s teachers approach retirement. One of those teachers is Vaughn McLaughlin, who has taught music for Caribou Public Schools for 35 years.

All communities improve when educators make a professional wage, but especially small towns where the school district is often the largest employer.” - Vaughn McLaughlin

“I have a student who is the first female astronaut from Maine aboard the space station,” McLaughlin says with pride. “She contacted me this summer to see what type of saxophone mouthpiece she should take into space with her. This is why we do what we do—we build personal relationships with our students and that is critical to their development as human beings.”

Keeping the Profession Viable For The Next Generation 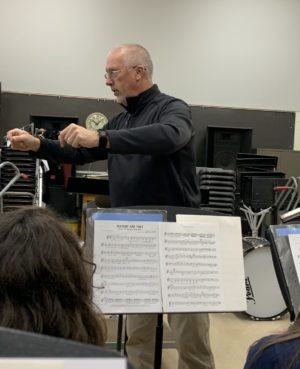