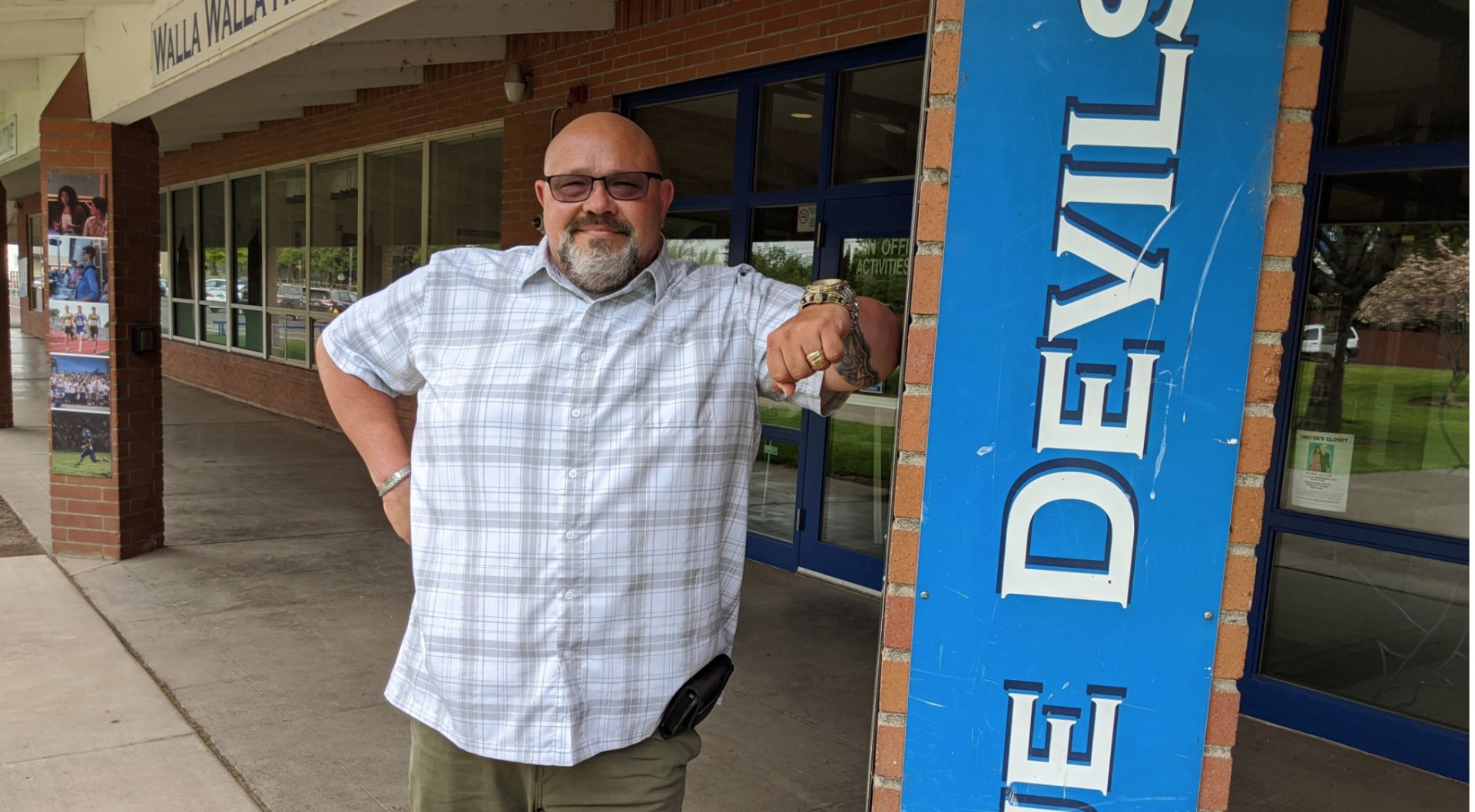 A school intervention specialist at Walla Walla High School in Walla Walla, Washington, Melito Ramirez is an education support professional (ESP) who makes sure that no student slips through the cracks.

Whether it’s inside the four walls of a classroom, on the bus, in the hallway, or anywhere within a school community, “we all can make a difference, one student at a time,” Ramirez says.

Ramirez, a member of Service Employees Union International, is America’s first recipient of the “Recognizing Inspiring School Employees (RISE)” Award. Given by the U.S. Department of Education, the RISE award acknowledges the pivotal role Education Support Professionals (ESPs) play in fostering safe, healthy, and supportive learning environments for students across the nation.

As the leading voice representing ESPs working in schools across the country, NEA joined a coalition of labor unions to organize and lead a multi-year effort to have the valuable contributions of ESPs recognized annually.  That effort culminated in the creation of this prestigious award through the passage of the Recognizing Achievement in Classified School Employees Act (H.R. 276) in 2019.

“On behalf of NEA’s three million members, I want to congratulate Mr. Ramirez for his work with the students and families of Walla Walla, Washington. Every single Education Support Professional, including the hundreds of thousands of valued NEA ESP members, go to incredible lengths to support the nation’s students every day,” said NEA President Becky Pringle. “NEA hopes that the visibility created through this award will help drive greater awareness of the central roles ESPs have in preparing students for success, deepen the respect for their knowledge and experience, and promote their authentic inclusion within school systems.”

Over his 40-year career, Ramirez has worked for multiple school districts in more than a dozen different roles, such as migrant home visitor, summer school coordinator, special education secretary, and bus driver. Ramirez now conducts home visits, bridges the gap between home and school for Spanish speaking families, and works to secure the mental health and technological resources students need.

Ramirez helped to organize a night school in English and Spanish for adults in the Walla Walla community. He has supported students as they apply for and participate in youth leadership programs, as both a mentor and bus driver. And, he is credited with diminishing tensions among rival gang members in the 1990s when gang conflict was high in the Walla Walla area by coordinating supervised evening and weekend activities.

"I look at their faces and I know when they're having a bad day,” Ramirez told Walla Walla’s local CBS station KEPR. “I pull them in here and have a private conversation and ask them what can I do to help; that's my job."

U.S. Secretary of Education Miguel Cardona said he was pleased to recognize Ramirez as the first RISE recipient for his courage and creativity through decades of service to students.

"Education support professionals' work too often goes unrecognized. However, especially in this pandemic year, they have made some of the most extraordinary contributions to keep our communities safe and support our students and schools. I'm honored to recognize them for the heroes that they are," Cardona said.

NEA’s 2021 ESP of the Year Kimberly Scott-Hayden said that the many contributions of ESPs were underscored during the COVID-19 pandemic.

“This year, ESPs reinvented and adapted our work to ensure the success of our students during the pandemic. We made and delivered meals to students and their families. We worked long hours to get technology for students and staff up and running for remote learning. We all pitched in to figure out what needed to be done, and then we did it. The circumstances were new, but the passion was not,” she said. “ESPs have always played an integral role in addressing the needs of the whole child.  In every worksite and every job title, every ESP who walks into a school building, bus depot, central office, storage warehouse or any other facility has a career centered around educating and providing fundamental support to ensure that every child can succeed and excel. The creation of the RISE Award from the Department of Education is timely and a significant step toward recognizing our efforts on behalf of our students’ success.”

The creation of the RISE is a huge step in the right direction, Pringle agrees, but support for ESPs and their heroism can’t end with awards.

“We need to champion every single ESP by passing the American Families Plan to give them the support they need to secure medical paid leave and build greater economic prosperity for themselves and their loved ones.,” she said.