Lean On Me: How Mentors Help First-Year Teachers 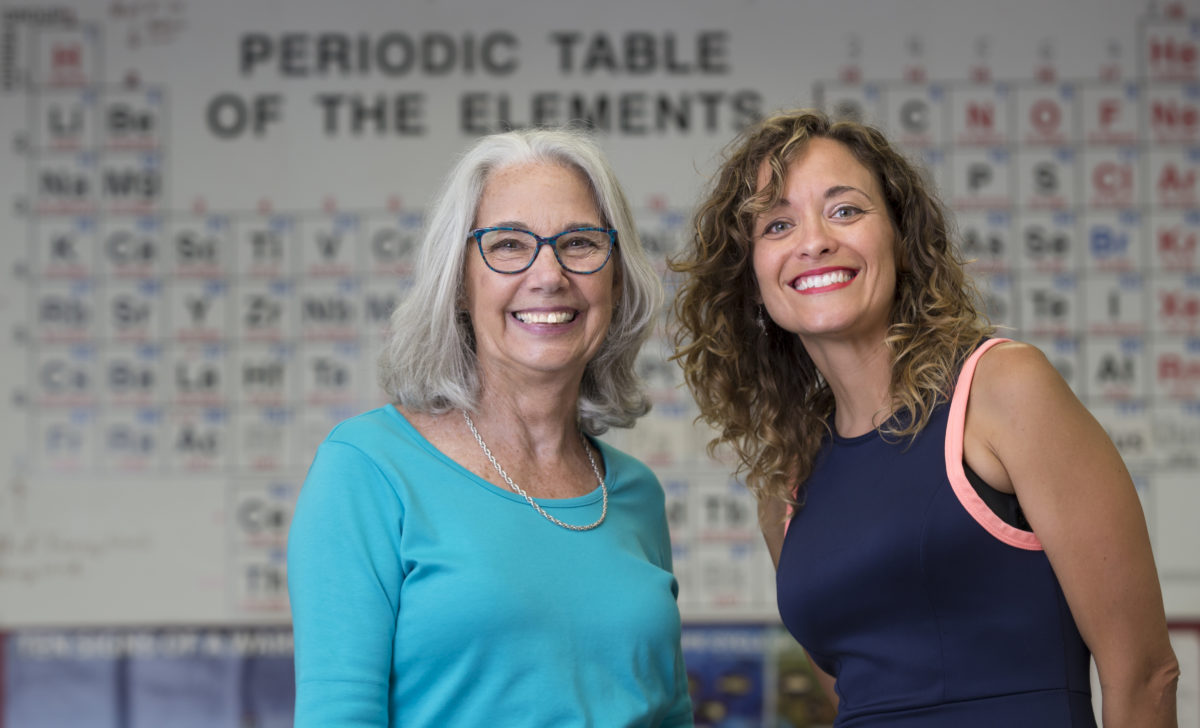 ROCKLEDGE, Fla.—Jennifer Susin remembers her first days as a Brevard County, Fla., kindergarten teacher, a decade ago. After a brief orientation, “it was sink or swim,” she recalls.

She swam. But many others flounder. Captaining their classrooms alone, not knowing where to steer for help, too many new teachers twist in the rough waters of classroom management, or get lost in murky evaluation systems.

Nearly 40 percent of new teachers in Florida leave their jobs within five years, according to state records—a rate 15 to 20 percent higher than the national average.

Nationwide, the inability to keep teachers teaching costs districts $7.3 billion a year, according to the National Commission on Teaching and America’s Future (NCTAF). In Chicago, replacing just one teacher costs $17,872. But the real penalty is paid by students, who often suffer academically from the loss of experienced teachers.

Professional pay is some of what needs to change. But study after study also has found that professional support is key.

That’s where Susin and her union, the Brevard Federation of Teachers (BFT), come in. With a three-year, $600,000 grant from the NEA Great Public Schools fund, BFT has invested in a teacher-led, union-run orientation program, and created meaningful mentorships between new and veteran teachers.

Mentors can make a huge difference: according to a 2015 federal study, 92 percent of first-year teachers assigned a mentor returned to their classroom.

In Brevard, Susin, who works as a peer mentor teacher and NEA grant administrator, coordinates scores of rookie-veteran duos, ranging up and down Brevard’s 70-mile coast.

Both mentors and mentees get grant-funded iPads, which they use to record each other in the classroom and then analyze what they see. The grant also pays for substitutes, so that the pairs can visit classrooms together and observe other teachers at work.

“I wouldn’t be able to do this without the support,” says first-year art teacher Diane Liberi, who is partnered with veteran Sharon Justin. “I come to Sharon and I’m like, ‘How have you done this for 25 years?’”

Meanwhile, the mentors find it just as powerful an experience. “She’s excited, and I get excited, and it keeps me on my toes!” says Justin.

At the same time, their union has shown that it’s not just “an insurance policy, or a means to fight for more money,” says BFT Vice President Anthony Colucci. “We’re leading the efforts for professional development.”

It’s been 35 years since Diane Wallschlag was a new teacher but she still remembers how she sometimes felt lost at sea.

“So many days I couldn’t wait to go home and cry. You have this vision of what your day is going to be like and it’s not like that at all,” she recalls.

Since then, Wallschlag has been determined to throw a life ring to the educators around her. Last year, she and her mentee, Merritt Island High School science teacher Andrea Williams, ate lunch together every day.

“I constantly pick Diane’s brain about every single thing—from bell schedules to discipline problems,” says Williams, who has taught for 12 years but was “new” to Brevard last year.

For both, the experience of videotaping themselves at work, and then watching it together, has been invaluable. With a critical, experienced eye, Wallschlag advised Williams to cut down her serving sizes of information. “Chunk this, let them digest it, chunk that, let them digest it,” she said.
“It changed the whole dynamic of my class!” says Williams.

Meanwhile, it’s a two-way street. Williams also has provided feedback to her mentor, and her questions have prompted the veteran to reflect on what works (and doesn’t) in her own teaching practice. The experience of recording her classes, in particular, has “helped me just as much as it helps her,” says Wallschlag.

It’s tough enough to be new, but what if you were the only teacher in your subject area at your school? And you saw 700 students a week? And you were, by training and personality, a bit of a perfectionist?

You could be an elementary music teacher—and a consummate candidate for new teacher burnout.

“No one really understands what we do,” laughs Kim Haggard. Except, of course, for each other.

Haggard, a 10-year veteran, and her mentee, Samantha Kaser, a first-year teacher in Cocoa, Fla., both know what “performance season” means, or the special challenge of teaching sixth graders who simply refuse to sing, snap, or participate in any way. “They look at you like, ‘Uh, you want me to do what?’” Kaser says.

They speak their own language. “We’re both Kodály. Not Orff,” says Kaser, referring to competing theories of music pedagogy.

Despite working at schools a few miles apart, Haggard and Kaser talked often and met periodically. They collaborated around music lesson plans, and analyzed each other’s classroom approaches.

At Haggard’s recommendation, Kaser stopped talking quite so much. At the same time, through the use of the videotaped lessons, Haggard was able to listen critically to her own teaching voice.

“I honestly learned so much through the process,” says Haggard. “It’s one of the most profound things I’ve ever done.”

Palm Bay first-year art teacher Denise Liberi had no idea how often she said these four words to her students: “Does that make sense?”

Then she and her mentor sat down to watch themselves teach on video and heard Liberi say it, again and again. Meanwhile, her mentor, Sharon Justin, a 25-year media specialist, observed her own students bumping into each other as they gathered lesson materials, and she decided to revise her set-up entirely.

The experience of recording and watching yourself at work “forces you to stop and reflect, which is hard when you see 600 students a week!” says Liberi. “When you’re teaching, you think you know how you’re coming across to students, but then you see it from the perspective of a third eye.”

Together, Justin and Liberi analyzed each other’s classroom management skills. What Justin can do with a single eyebrow would impress a professional actor, let alone a new teacher. They listened for questions that would provoke higher-order thinking in students.

They also visited another school’s art teacher. “I was like, ‘Did you see that thing she did?’” Justin says. “It’s great to have a friend to bounce ideas off.”

In her 20-year career, third-grade teacher Gena Hart can’t recall ever leaving her babies to observe another teacher at work. “You don’t just get to visit another class. Never,” says Hart.

But thanks to the NEA grant, she went visiting last year, with her co-teacher and mentee, Jordan Mounts. And suddenly, the two of them are experimenting with math centers! “As a seasoned teacher, I can say this: My weakness is math. I always wanted to try math centers, but I just couldn’t make myself do it...” says Hart.

They saw how it worked in a third-grade room a few miles down the road, and then brought it back to their rural campus in Mims, Fla. “Their math centers were just...so perfect,” says Mounts.

Hart is willing to admit what she doesn’t know. Even after two decades of teaching, she’s still learning. “My motto is, if you don’t know, you can’t grow,” she says.

That’s why, despite initial reluctance to add a camera to their classroom, the pair embraced the experience. “I didn’t realize how much I stood in the same place!” Hart says. Meanwhile, Mounts saw on video that kid in the back of their room, horsing around in his desk while she taught, and she vowed to do a better job of monitoring every student for understanding.

Hart and Mounts were paired as co-teachers when one of their school’s third-grade classes exceeded state limits. It actually was Mounts’ second year as a teacher, after a disastrous experience in another district, where she taught remedial reading to eighth graders.

“The kids I had, with the experience I had, which was none, and the expectations I had...I mean the kids wouldn’t even write a sentence for me,” says Mounts, who followed an alternative path to state certification. “Looking back, I almost pity myself!

“This year, with this support, it’s so different.”